1860 München have arrived in the Regionalliga Bayern, and the hype is extraordinary. 400,000 people tuned into Sport 1 to watch die Löwen’s first game against FC Memmingen, the 5,000 tickets for the match were gone within just a couple hours, and 113 journalists got themselves accredited for the match. Full house in the Arena Memmingen, a glamorous name for a stadium that only seats 5,100 people, which on average sells just a few hundred tickets for FC Memmingen home games.

1860’s first match in the Regionalliga Bayern was an indicator for what will happen throughout the season. Small countryside clubs can hope for full stadiums when 1860, who have the 15th largest fan base in Germany, travel to their stadium—especially as 1860 fans feel enthusiastic about a new beginning in Germany’s fourth division.

To understand that one has to go back to 2011 when the Jordanian investor Hassan Ismaik became the principal investor at the club. At the time 1860 was playing in the Bundesliga 2, but mismanagement and the high costs of playing in the Allianz Arena meant that the club was facing bankruptcy and automatic relegation to the Regionalliga.

Hasan Ismaik was the Beginning of the End

Back then 1860 President Dieter Schneider feverishly searched for an investor who could secure 1860’s licence to play in the Bundesliga 2. While several local families were interested, none felt that they had enough time to restructure the club in a way that would allow 1860 to continue in Bundesliga 2.

Hasan Ismaik had no such problems. Seemingly unaware of Germany’s special football ownership rules the Jordanian saved the club from bankruptcy and kept die Löwen in Bundesliga 2. It was perhaps the biggest misunderstanding in 1860’s long history.

Germany’s 50+1 rule meant that the club and not Ismaik had to be in control for the deal to work. Hence, the club and the investor clashed over coaching, player and management decisions in the early years of the cooperation. Starting in 2012 it became almost a yearly tradition to wait and see whether Ismaik will guarantee the funds that would let 1860 play in Bundesliga 2.

The clash of cultures had many reasons. 1860 München are an awkward club. A multi-sport club with several important sports sections that want to influence the politics of the organisation the club has often been a subject of internal political intrigues. The stories of the 1970s where the tennis section of the club voted against any motion put forward by the football section out of principle are still famous.

1860 was Always Difficult to Govern

The bottom line is 1860 was always a difficult club to rule. Only Karl-Heinz Wildmoser in the 1990s managed to rule the membership association with an iron fist. The restaurant owner from Munich oversaw the club’s most successful time since the 1960s. But even under Wildmoser, there were intrigues. In 1997 captain Manfred Schwabl, for example, was fired after he set up an alternative end of the season part for the players. Another problem was the continues divide of the fan base between the traditionalists that wanted to return to the Grünwalder Stadion and the modernists that wanted the club to turn into an FC Bayern Light. Wildmoser’s reign would end with the club’s relegation to Bundesliga 2 and a major scandal involving bribes taken to construct the Allianz Arena in Fröttmaning.

Speaking of the Allianz Arena. The stadium on the outskirts of Munich became the symbol of the club’s divide since the team moved there in 2005. Many fans believed that playing in the same stadium as Bayern was blasphemy. Some, however, believe that only in the Allianz Arena could the club become a powerful entity in Germany. 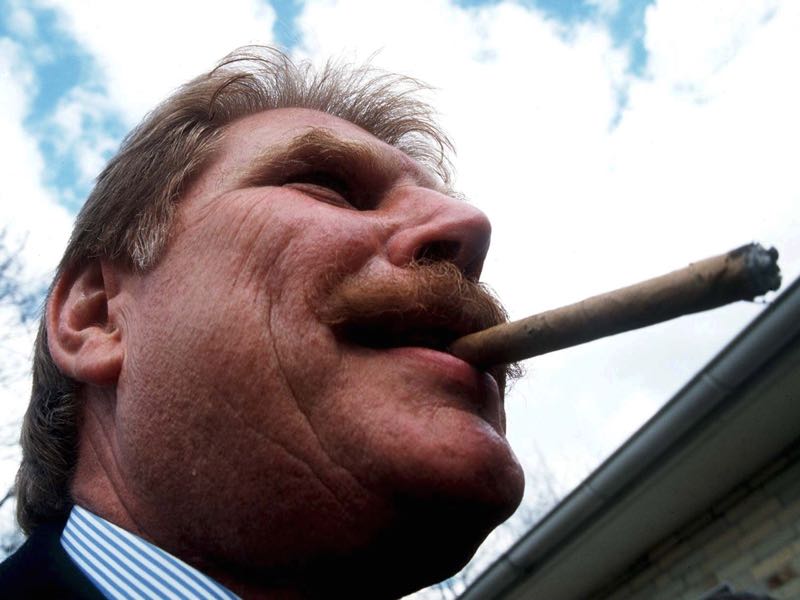 The reality, however, was that the stadium was too expensive for the club and let to the dire financial situation that brought in Ismaik in 2011. When Ismaik did come in, there was some hope that he could replicate what Wildmoser had done in the 1990s. But the early years under Ismaik were marked by massive intrigue that saw the club and the investor fight on several fronts.

Only in 2016 was Ismaik allowed to sign the players and the coach that he wanted. The result was chaos. Several players were signed in the summer, and with Thomas Eichin and Kosta Runjaic, the club seemed to have landed a sporting leadership capable of navigating the Bundesliga 2. The problem was, however, that they were not given a lot of time and when the results did not come to Ismaik forced the club to fire both.

In their stead, the prominent Portuguese head coach Vítor Pereira was brought in just before Christmas. Then in April sporting director Ian Ayre joined the club from Liverpool FC. Tactically Pereira showed that he was a qualified coach and for a long time it appeared that he would be able to keep the club in the league. But his lack of communication skills meant that he lost the dressing room, and the team fell apart.

1860 finished 16th and faced Jahn Regensburg in the relegation. Die Löwen managed a 1-1 draw in Regensburg, which gave them a slight edge going into the return leg. But in reality, the dream of staying in Bundesliga 2 was already over. To guarantee the licence, Ismaik had made demands that did not comply with the rules set by the DFL (the Bundesliga governing body), and 1860 would have crashed to the Regionalliga even if they had beaten Jahn in relegation playoffs. 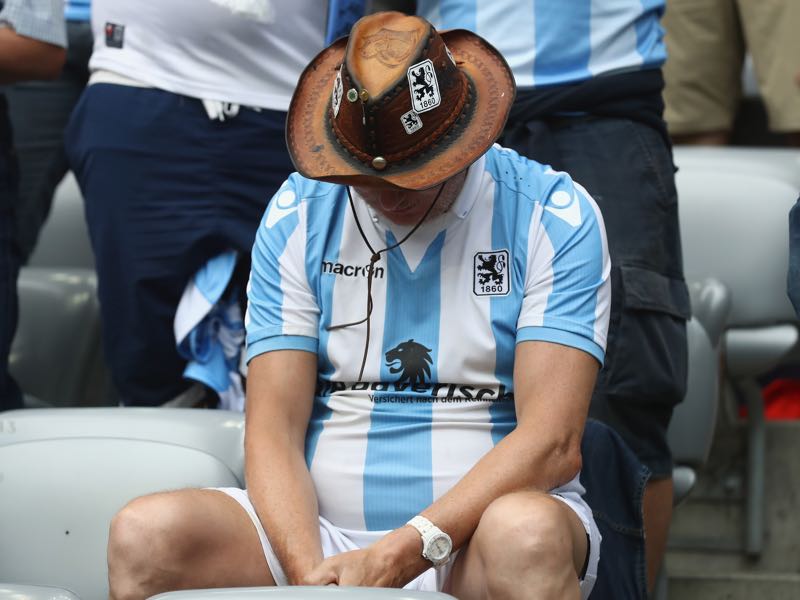 Faced with a mountain of problems and financial debt Ian Ayre resigned before the return leg. On the field, 1860 collapsed losing the game 0-2. The fans then completed the picture of a club falling apart when they started ripping out chairs and throwing objects on the field.

Following the relegation, to third division 1860 was unable to meet the demands set by Hasan Ismaik, who in turn was unwilling to pay for the club’s Liga 3 licence. As a result, the club crashed down to the fourth division and for some time even faced bankruptcy.

The club, however, hired the insolvency lawyer Markus Fauser as the new head of operations. Working seemingly 24 hours a day Fauser was able to restructure the club in a way that would allow new head coach Daniel Bierofka to sign players like Timo Gebhart and hang on to striker Sascha Mölders. 1860’s U-21 side that finished second in the Regionalliga Bayern last season then complemented the rest of the team.

The bad news, of course, were that Hasan Ismaik retained some of his shares for now. But with Webasto owner Gerhard Mey, whose company is worth €3.2 billion, ready to pay out Ismaik the Jordanians grip on the club might soon weaken. Mey is an outspoken 1860 supporter, who fully supports the club’s restart in the Regionalliga Bayern. Mey would be the sort of hands off investor the club needs to climb the difficult ladder to professional football.

Another good piece of news was the fact that the club is finally going to return home. On Friday, July 21, TSV 1860 München will play their first official home game at the Grünwalder Stadion since 2005. The go back to Munich’s neighbourhood of Giesing has been greeted with plenty of enthusiasm.

The Grünwalder Stadion offers the club an opportunity to position themselves as Munich’s alternative club. (Photo by Johannes Simon/Bongarts/Getty Images)

The Regionalliga Bayern and the Grünwalder Stadion could, therefore, be a great opportunity for 1860 to become Munich’s equivalent of FC St. Pauli and Union Berlin—a charming alternative club with a big following around the world. Judging from the first day in Memmingen this outlook is anything but a utopian vision.