Holstein Kiel are out for revenge against 1860 München

“We have shit on our boots at the moment,” 1860 München captain Felix Weber lamented to the press. His club was dominant against Uerdingen but could not score and then threw away a point when Uerdingen managed to score in the 93′ minute.

It was already the third time this season that 1860 had conceded late in a match. On matchday 1 Kaiserslautern scored the winner in the 86′ minute, on matchday 3 1860 München gave away a 2-0 lead in extra-time when Osnabrück made it 2-2 in the 94′ minute.

Had the games be whistled down five minutes early 1860 would now be second in Liga 3 instead of 12th. “The team is, of course, disappointed. The thorn is sitting deep, and we have to shake it off and get up,” Daniel Bierofka told the media on Thursday.

The team then had some much-needed distraction when they dispatched SV Dornach 5-1 in the Bavarian TOTO-Pokal. That result together with a fantastic performance in the Pokal against Kiel is supposed to help the club to accomplish a turn-around in Liga 3.

In many ways, 1860 are coming to terms with the reality of professional football. Last season in the Regionalliga Bayern the club was often able to power past opponents late in a match thanks to, the fact, that die Löwen were a professional club playing in a league in which many teams are operating as amateur clubs.

Now all of 1860’s opponents are professional clubs and die Löwen‘s biggest advantage is gone. That advantage will be further nulified against Bundesliga 2 side Holstein Kiel.

That season the clubs also faced each other in the Bundesliga 2 promotion/relegation playoffs. Kiel, in fact, dominated the second leg after a 0-0 in the first leg. Down 1-0, however, 1860 managed the turnaround late in the game with defender Kai Bülow securing safety for die Löwen.

Both ties were an emotional affair, and even though Kiel have managed promotion to Bundesliga 2 since there is a sense of revenge about the Pokal match in Munich. Goalkeeper Kenneth Kronholm as well as defenders Patrick Herrmann and Hauke Wahl were part of the Kiel squad that lost out to 1860 that season.

There is, however, more on the line then just revenge for both clubs. The Pokal is an important source of income for smaller German clubs and 1860, as a third division side, are almost guaranteed home advantage in the next round. Kiel, in the meantime, need extra cash to stabilise the club in professional football.

Hence, this is a game with plenty of storylines. Furthermore, the Grünwalder Stadion should be packed to the roofs and will, therefore, once again provide one of the best atmospheres to witness in German football at the moment.

1860 München vs Holstein Kiel – Players to look out for:

Signed from Preußen Münster this summer Adriano Grimaldi was Daniel Bierofka’s key transfer. The striker was one of the best players in Liga 3 last season, and his signature was a coupe for die Löwen. Together with Sascha Mölders Grimaldi now forms one of the most physical attacking lines in the third division. Both strikers are tall with a strong physical element. Described as the bulls Grimaldi, in particular, has already shown his worth scoring two goals and three assists in the first four Liga 3 games.

A World Cup star in Bundesliga 2. Jae-sung Lee was part of the South Korea team that humiliated Germany at the 2018 FIFA World Cup in Russia. Kiel then did well to convince the Korean star to make the move to Germany. So far it has been a move that has worked out for both sides. Lee has scored one goal and two assists in his first two Bundesliga 2 matches showing that he can be one of the biggest stars in this league. 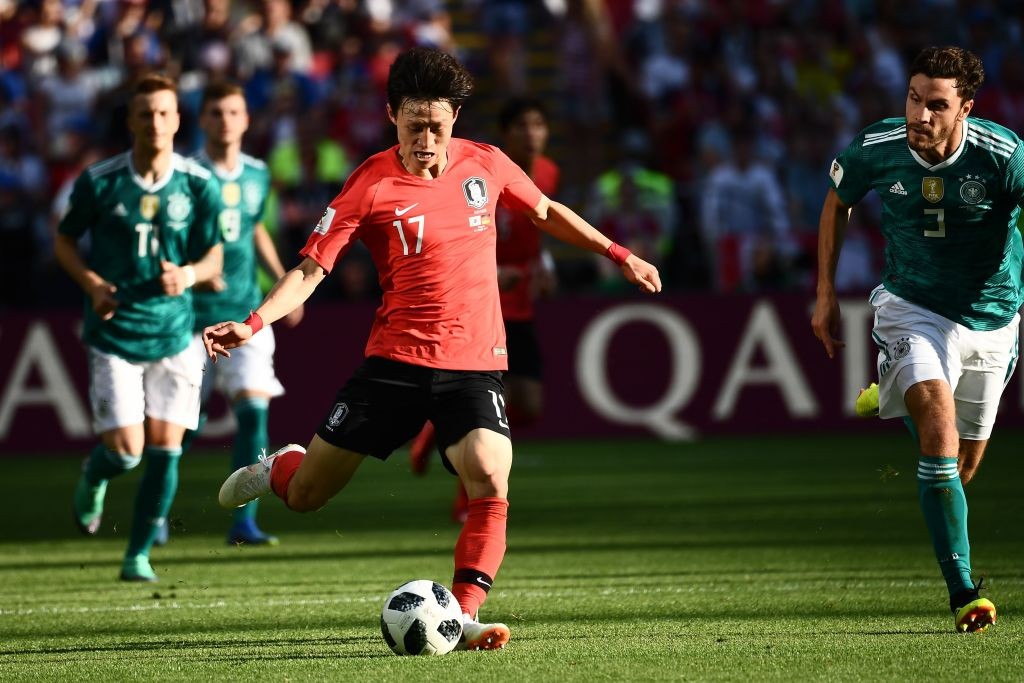