1860 München vs Ingolstadt will take place at the Städtisches Stadion an der Grünwalder Straße. (Photo by Johannes Simon/Bongarts/Getty Images)

TSV 1860 München will play their first ever DFB Pokal game as a fourth division club this weekend. Drawn in the first round against the Bundesliga 2 side FC Ingolstadt 04 1860 face a club that is pretty much the opposite of die Löwen.

Whereas 1860 München is one of the most traditional clubs in Germany and ranked 15th in fan support in the country has faced a steady downward spiral in the last decade Ingolstadt, which is located just 80km north of Munich, is a relative newcomer to professional football. FC Ingolstadt 04 was founded in 2004 after the two local clubs MTV and ESV merged to form a single entity under the leadership of the local businessman Peter Jackwerth.

Relegated to the Liga 3 after losing the relegation playoffs to Jahn Regensburg 1860’s investor Hasan Ismaik refused to pay the licencing fee for the third division forcing 1860 to restart in the fourth division. The fallout has been significant, and structurally the club is still attempting to find a way to operate without the Jordanian investor. At the same time, there has been a feel good atmosphere in Munich about 1860.

Die Löwen have finally left the Allianz Arena in Fröttmaning and returned home to Giesing to play their home games in the Grünwalder Stadion. Reduced to 12,500 seats the Grünwalder has proven to be a bastion in 1860’s first season in the Regionalliga as the club has won every home game thus far and is currently first in the Regionalliga Bayern with five wins out of the first six games. Led by 1860 legend, Daniel Bierofka die Löwen have put together a team that combines the U-21 side, which finished second in this division last year, with a mix of old stars such as Timo Gebhart, Sascha Mölders and Jan Mauersberger to form a dangerous team that at times seems out of place in this division.

Ingolstadt in the meantime have struggled since being relegated to the second division. Ingolstadt lost both to Union Berlin (0-1) and SV Sandhausen (0-1) to start the Bundesliga 2 season. Die Schanzer, in fact, have looked very weak and there were already some comparisons to SC Paderborn, who managed to be relegated from the Bundesliga straight down to the Regionalliga in just three years—only 1860’s failure to secure a licence saved Paderborn last season. On the field, Ingolstadt has struggled to make the transition to the Bundesliga 2 and off the field there have been problems with players wanting to leave the club.

Altogether not a good mix for Ingolstadt, who will be travelling to Munich as the hands down favourite to advance to the second round of the DFB Pokal. But given the on and off field problems and the fact that 1860 fans will turn the Grünwalder Stadion into a cauldron an offset by the lower division club is more than possible on Sunday afternoon.

1860 München vs Ingolstadt – Players to Watch Out For

When Timo Gebhart left 1860 München in 2009 many expected that he would soon turn out for the German national team. Then aged just 19-years-old Gebhart was one of the brightest talents in German football. At the same time, he could never fully show his talent at VfB Stuttgart and then 1.FC Nürnberg. In January 2016 he left Germany joining Steaua Bucharest before joining the Liga 3 side Hansa Rostock last summer. Rostock would have been happy to hang on to Gebhart, but he wanted to return to his hometown Munich and when former teammate turned coach Bierofka called Gebhart was ready to help out his former youth club. The move has proven to be a perfect marriage. Gebhart has become a leader at 1860 scoring four goals and three assists in the first six Regionalliga games highlighting that he might be just too good for this league. 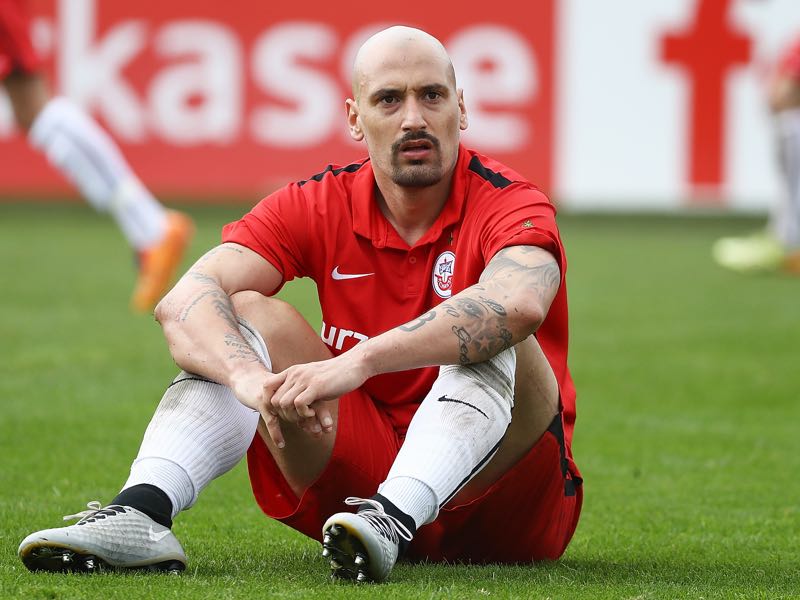 Many were surprised when the 27-year-old Darío Lezcano decided to stay in Ingolstadt following the club’s relegation. The Paraguayan striker was linked with several clubs in the Bundesliga as well as abroad and could have easily remained in the top flight. Ingolstadt’s CEO Harald Gärtner, however, declared Lezcano as not for sale stating that the striker is considered a key player in the club’s attempt to go straight back up to the Bundesliga. But with the likes of SC Freiburg banging on the door, there is still a chance that Lezcano could be leaving the club before August 31. 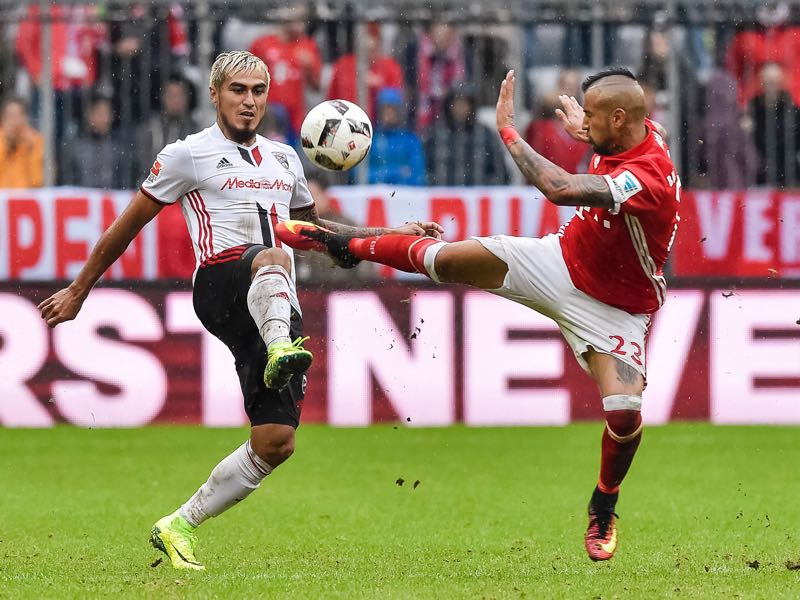 Darío Lezcano (l.) could have stayed in the Bundesliga. (GUENTER SCHIFFMANN/AFP/Getty Images)