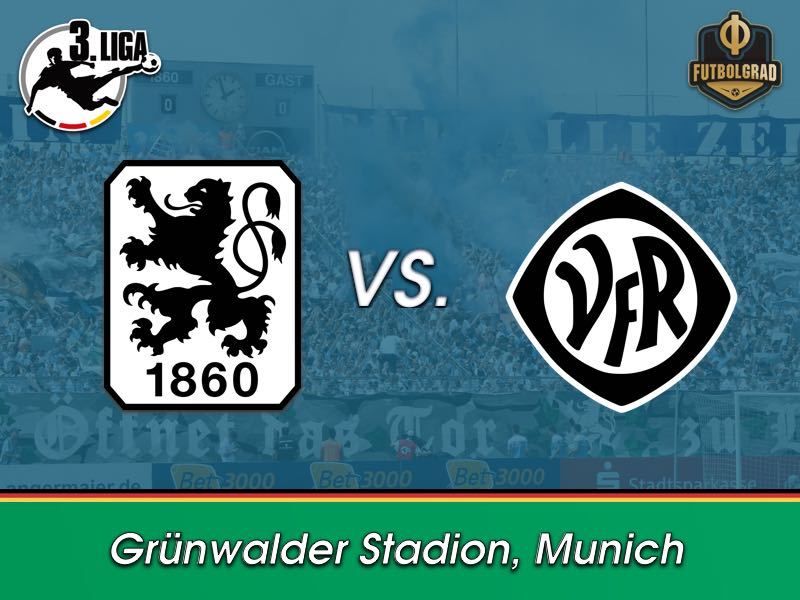 1860 Munich return to the Grünwalder Stadion after a difficult trip to Duisburg where they drew 1-1 against the oligarch run club KFC Uerdingen last Saturday. The extra break might in some ways be beneficial for 1860, but then there is one major issue.

Head coach Daniel Bierofka will have several vital tests on the route to his full coaching licence. It is a small line between getting the team ready and ensuring that Bierofka will finish the licence that will allow him to continue coaching the club. “I will somehow get the material in my head,” Bierofka said to the press this week.

Aalen, in fact, has not been much of a talking point anyhow. Instead the major talking point this week was the architecture company Albert Speer + Partner, which has been put in charge of the putting together the feasibility study on the Grünwalder Stadion.

The question is whether the stadium can have a maximum capacity of 18,500, 25,000 or 30,000 visitors. Given the political pressure on the city 30,000 spectators does not seem impossible at the moment. But to get that stadium expanded 1860 need to stay at least in Liga 3.

To stay in the third division, the club needs points against Aalen. Three points, in fact, would be important after the club has collected just one point against Osnabrück and Uerdingen. Not that Bierofka will be able to tell his team much about Aalen, however.

The club from Baden-Württemberg fired head coach Argirios Giannikis and replaced him with Rico Schmitt this week. Aalen have struggled all season and are last in the league with just 17 points from 22 games. “We are happy that with Rico Schmitt the club was able to sign an experienced head coach. He is a coach hungry for success and knows Liga 3 and knows what is important in this situation,” an official statement by the club read.

1860 are four points clear of the relegation zone. But the Lions need points to remain clear from any relegation trouble. Facing Aalen, a club in trouble, is the perfect opportunity to do just that.

1860 Munich need goals and the one man that can provide them is Sascha Mölders. The forward, in fact, is the best striker in the squad after Adriano Grimaldi left the club in January. Mölders has scored four goals in 21 games, in comparison Grimaldi has scored five goals in 19 games for 1860. Mölders needs to step it up for the Lions to shed any relegation worries.

Aalen have two players that have scored more goals than any of 1860’s top scorers. One of them is Marcel Bär (seven goals), the other is Matthias Morys, who has also scored seven goals. Morys will be a key player against 1860, and the Lions will have to shut down the Aalen top scorer. 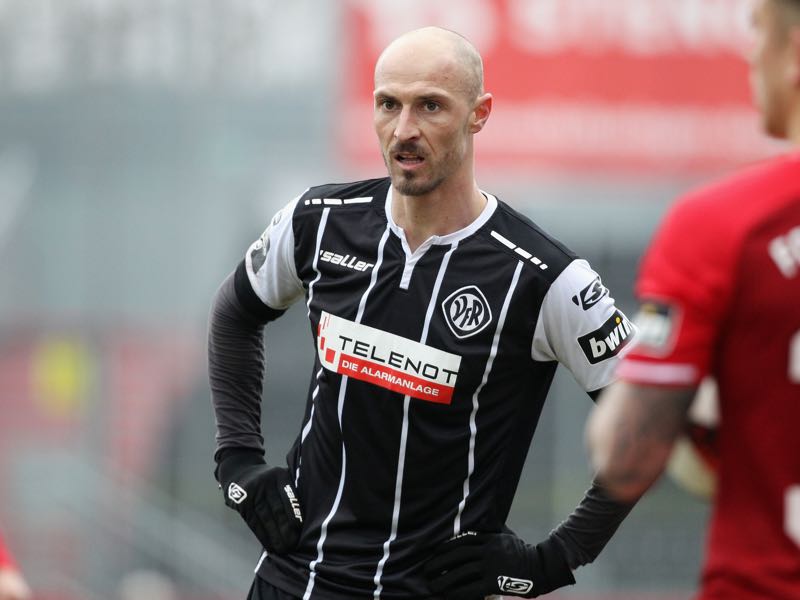 Matthias Morys of Aalen during the 3.Liga match between Wuerzburger Kickers and VfR Aalen at Germanyflyeralarm Arena on February 02, 2019 in Wuerzburg, Germany. (Photo by Karina Hessland/Bongarts/Getty Images)

Loading...
Newer Post
A clash of giants! Liverpool host Bayern at Anfield
Older Post
Frankfurt and Gladbach battle each other to a draw – Thoughts from Gladbach v Frankfurt