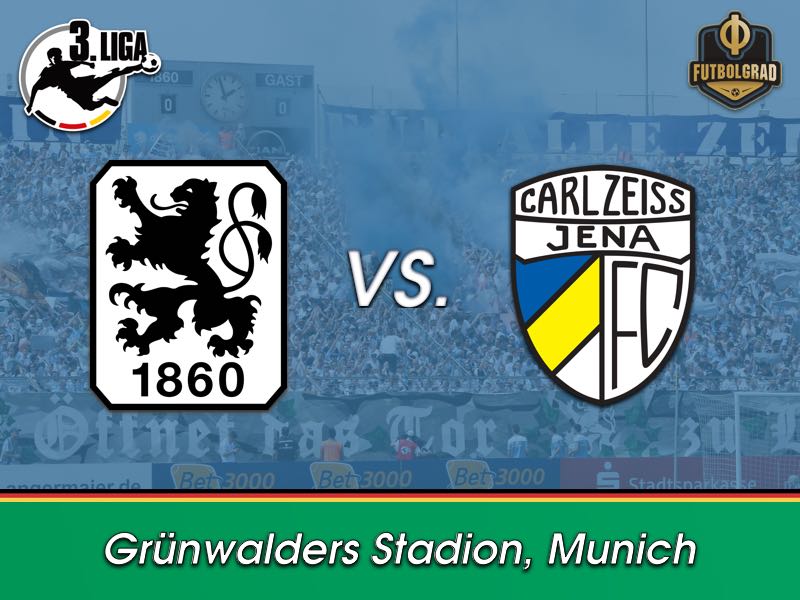 It was a disappointing afternoon for 1860 Munich at the Südstadion in Cologne. Die Löwen were facing a side that had been out of form and were down a man early on in the second half after Maik Kegel was sent off with a second yellow card.

As a result, 1860 remain stuck in the middle of the table. At the same time, however, 23 points after 18 games and ninth place in the table is a good result for a side that was promoted ahead of the season. Furthermore, with one game to go in the first half of the season die Löwen have already collected more than half of the 40 points required that are usually enough to avoid relegation.

Hence, on paper, everything seems to be going according to plan for head coach Daniel Bierofka and his side. But 1860 are not your normal Liga 3 side. One of the biggest clubs in Germany by membership expectations in Giesing are always high. Then there is the added pressure that comes with the strained relationship between the club and investor Hasan Ismaik.

Ahead of the game against Fortuna Köln Ismaik had once again taken his time when it comes to meeting his financial obligations to the club. Money that was promised in June was finally transferred earlier last week just about meeting the deadline set by the DFB (German Football Federation). As a result, 1860 President Robert Reisinger announced that he would no longer act as chairman of the from the KGaA (the closed joint-stock company that runs professional football for the club) and an announcement that the club would from now on only accept money from the investor in the form of sponsorship.

“We can no longer run a course based on personal risks while at the same time one of the chairholders is playing poker,” Reisinger told the media. “From now on we will only plan with money that has already been invested at the club,” the President added. The course of the club is clear. Ismaik has since reacted with his typical statements on Facebook. “Those who believe that they can provoke me, are wasting their time.”

With all of this going on Daniel Bierofka is now in charge of getting his side ready to face 18th spot Carl-Zeiss Jena on Sunday afternoon. A run of poor results has meant that the club has fired head coach Mark Zimmermann and replaced him with Lukas Kwasniok on December 9.

Zimmermann managed just one win in the last 13 games in charge. Overall, Jena have won just four games this season and going into this game have lost three games in a row against Unterhaching (4-5), Würzburg (2-5) and SV Meppen (1-2). The three times East German champions and four times East German Cup winners are one of the most historic clubs of the former GDR and in 1981 even reached the final of the UEFA Cup Winners’ Cup where they lost to Dinamo Tbilisi.

Reaching the final of the UEFA Cup Winners’ Cup is one thing the two clubs have in common (1860 reached the UEFA Cup Winners’ Cup final in 1965). Another aspect is the involvement of an investor in Jena, Strapix NV holds 95% of the company that runs the professional football for the club, which at times has led to the same kind of financial uncertainty as it has been the case at 1860 over the years with the club being completely dependent of investor Roland Duchatelet.

On the pitch, in the meantime, things seem to be clear. Based on results 1860 will be the favourites going into the match. But Jena’s coaching change and, more importantly, die Löwen‘s performance last week highlight that nothing is ever straightforward when it comes to securing an easy win for 1860 Munich.

Sascha Mölders has been as important as ever for 1860 in the last few weeks. With Adriano Grimaldi struggling at times and the club once again going through a turbulent period Mölders’ leadership has been invaluable. The 33-year-old always works hard on the field and off the field has managed to keep the squad focused on what matters the most – results. Hence, while Grimaldi is expected to return to the starting XI against Jena, it will be up to Mölders to lead this 1860 side too much needed three points.

Kevin Pannewitz was once considered one of the most talented midfielders in German football. The 27-year-old, however, struggled with the professional nature of top-class football. Signed by Wolfsburg from Hansa Rostock in 2013 Pannewitz struggled with his weight and lifestyle and even a disciplinarian like head coach Felix Magath struggled to get Pannewitz into shape. What followed was lower lever football with Goslarer SC, Altglienicke and Oranienburg before he was given a chance by Carl Zeiss in the summer of 2017. A chance that Pannewitz took with both hands. After some time of conditioning with Jena’s second side in the NOFV-Oberliga Süd Pannewitz managed 14 games in Liga 3 last season. This season he has already managed nine games for Jena in what could be a happy end to a difficult start to his professional career. 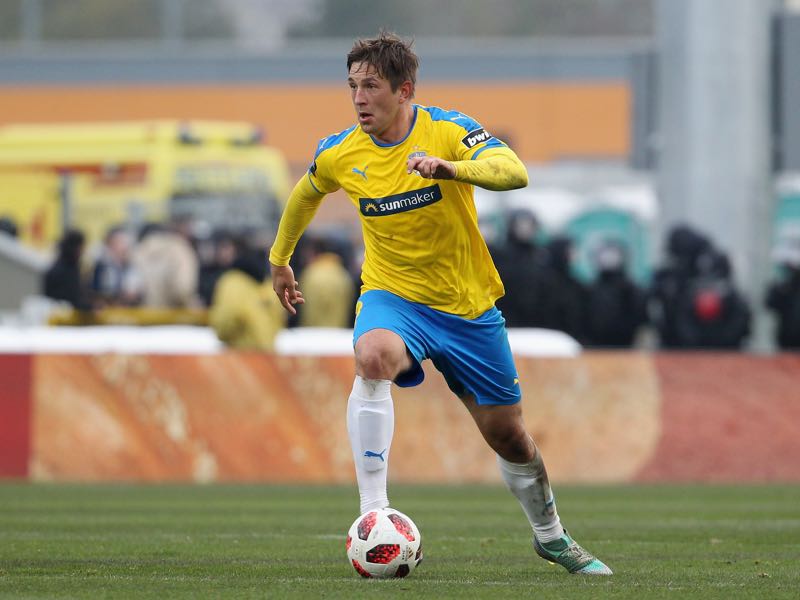 1860 Munich vs Jena – Kevin Pannewitz of Jena during the third Liga match between FC Carl Zeiss Jena and FC Hansa Rostock at Ernst-Abbe-Sportfeld on November 03, 2018 in Jena, Germany. (Photo by Karina Hessland/Bongarts/Getty Images)