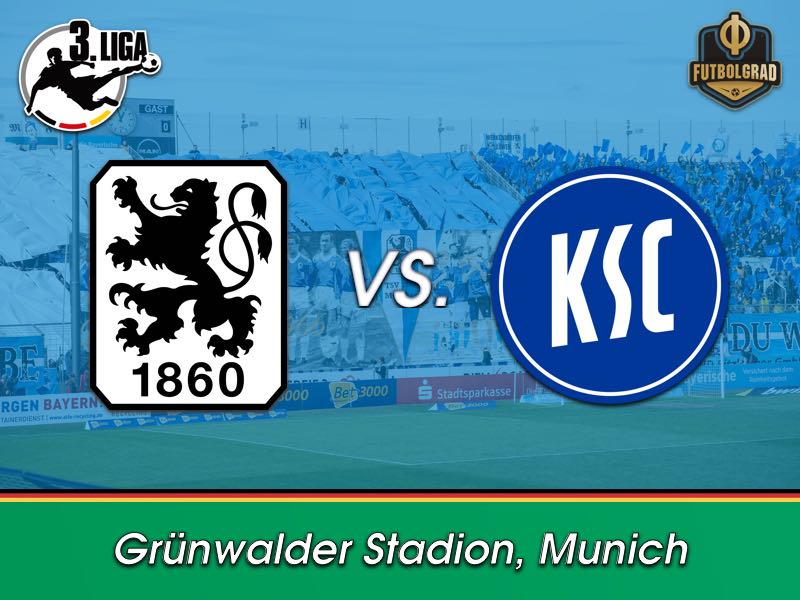 It has been a tough few weeks for 1860 Munich. The Lions are now winless in four matches and lost against Großaspach, Münster and Halle.

The series of three defeats has more or less cost the Lions any hope of finishing fourth in the standings and qualify for the first round of the DFB Pokal via the league route. Thankfully, 1860 are still in the Bayerischer Toto-Pokal where they will face Viktoria Aschaffenburg in the semifinal on April 30.

That, however, does not mean that 1860 can take the focus of the league. With four matches still to play 1860 have dropped to the tenth spot and are just six points clear of the relegation zone. Mathematically, no team has ever been relegated from the third division with 47 points, which means the Lions still need three more points to be sure.

“We have to work hard to get out of this situation. Against Karlsruhe, we will see a different team,” head coach Daniel Bierofka promised after the 3-0 defeat to Halle last week. The poor results to a certain extent can be explained with several key players missing and with Efkan Bekiroglu and Sascha Mölders returning the team should indeed show a different face on Saturday.

After all, the game will be a big occasion for both clubs. The public television station ARD has chosen the match between the Lions and Karlsruhe to be televised ahead of the big Revierderby between Dortmund and Schalke.

It should be a joyous occasion, especially for Karlsruhe, who are in the middle of a promotion battle. Second in the league der KSC are just three points ahead of Halle. But the Deutsche Fußball Liga (DFL), which runs the two top flights has turned down KSC’s request to only roof one of the two temporary stands at the Wildparkstadion.

This does not mean that Karlsruhe will be denied a licence to play in Bundesliga 2. Furthermore, the club has appealed the decision. But should the DFL stand with their decision, the city of Karlsruhe would be either forced to invest €700,000 to erect a temporary roof, or the club could be punished with point deduction or a financial penalty.

On the pitch, Karlsruhe need points to secure promotion. “It will be a character game against 1860,” KSC head coach Alois Schwartz admitted this week. There will be plenty on the line for both teams on Saturday, Karlsruhe will be the favourites, but 1860 are still a force at home and could finally secure the three missing points still needed to secure third division football.

Efkan Bekiroglu is back after missing three games with a suspension. His absence was felt in Munich as without the central midfielder 1860 lacked structure in their game. With Bekiroglu and Mölders in the lineup, the Lions will be a different proposition this weekend. Furthermore, with the spotlight of the game being televised nationwide Bekiroglu will want to use the stage to show that he is not just an excellent third division player but perhaps an interesting prospect for teams further up the pyramid. 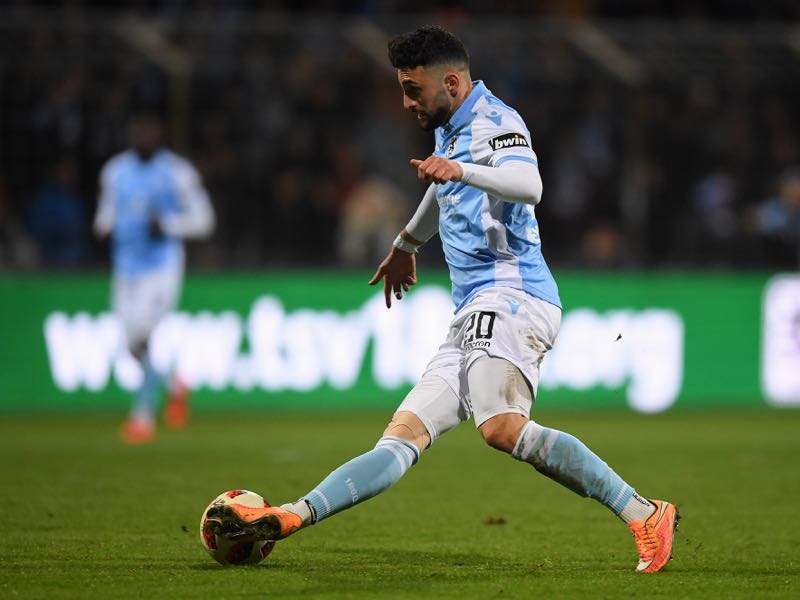 Former 1860 forward Marvin Pourié is finally showing his full potential in Karlsruhe. The striker leads the league with 19 goals. “It will be a hard piece of work against the Lions at the old Grünwalder Stadion. I know that from experience. It will be a battle,” Pourié explained to the media this week. 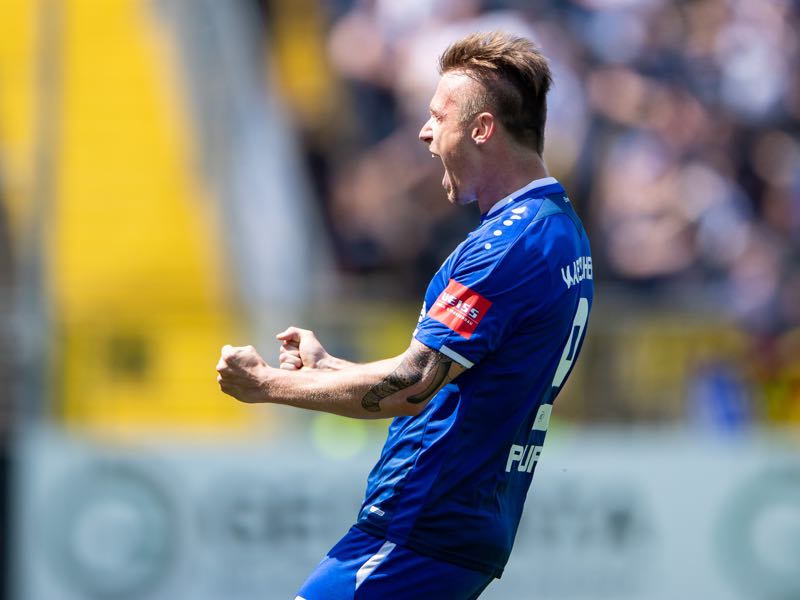 Marvin Pourie of Karlsruhe celebrates his team’s first goal during the 3. Liga match between VfR Aalen and Karlsruher SC at Ostalb Arena on May 5, 2018 in Aalen, Germany. (Photo by Simon Hofmann/Bongarts/Getty Images)