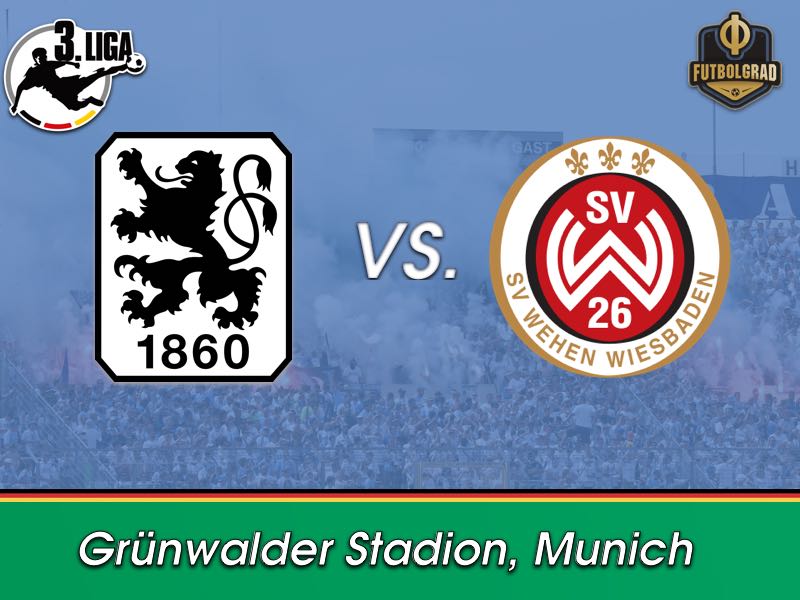 As per tradition, the club will be playing this game in a specially designed Oktoberfest shirt. The German football association (DFB) allows each club to wear a special shirt for one match day each season and as a result die Löwen have decided to wear the blue-and-white checkered Oktoberfest shirt for their home game on the Oktoberfest opening weekend rather than the S-Bahn-Derby against Unterhaching, which will take place on Wednesday.

With the Oktoberfest taking place in Munich there will be plenty of festivities in and around the stadium. Furthermore, it adds an extra element to the already excellent atmosphere at the Grünwalder Stadion as many fans will be heading directly from the festival grounds to the stadium.

The positive atmosphere will be further aided by the fact that 1860 München had a pretty good start to life in Liga 3. Three wins, two draws and two defeats mean eleven-points from the first seven games and a decent fifth-place in the standings. The positive results have meant that the board has already started to make provisional plans for a possible promotion to the second division – a necessary step given that the Grünwalder Stadion in its current form would not be ready to host games in Bundesliga 2.

Hence, there is plenty to celebrate on Saturday when Wehen Wiesbaden come to town. Perhaps the only negative has been the fitness of strikers Sascha Mölders and Adriano Grimaldi. Both are crucial for 1860, and both have picked up recent knocks. But reports from the Bavarian capital suggest that there is a silver lining on that particular injury front. “I believe that at least one of the two will be able to play on the weekend,” sporting director Günther Gorenzel told kicker on Thursday. There was further positive news about Grimaldi on Thursday, but ultimately it will be a game-day decision on whether both, one or neither can play on Saturday.

Wiesbaden, in the meantime, have their very own problems when it comes to match-fitness. Key midfielder Patrick Schönfeld is carrying an upper thigh injury and is doubtful for the match on Saturday. More positive are the news when it comes to Moritz Kuhn. The right-back looks ready to return but could be forced to play out of position should head coach Rüdiger Rehm decide to keep Jeremias Lorch in the starting eleven.

Given Wehen Wiesbaden’s start, however, changes seem likely. The Hessian-based club has collected just seven points from the first seven games this season. That said Wehen were convincing on matchday seven beating SV Meppen 3-0 at home with substitute Daniel-Kofi Kyereh coming on in the second half to score two goals.

Liga 3 is defined by parity and only four points separate 1860 from Wehen Wiesbaden. As a result, die Löwen will face another stern test on the weekend, especially if the power-forwards are out, but given recent results and the ability to come back from adversity, as highlighted against Rostock, 1860 should walk away with a convincing win that should add further to the Oktoberfest celebrations in the Bavarian capital.

1860 Munich vs Wehen Wiesbaden – Players to look out for:

With Grimaldi and Mölders doubtful 1860 München may have to look elsewhere for attacking contributions. Thankfully, Daniel Bierofka’s squad has plenty of attacking fire-power and with Philipp Steinhart a player, who is specialised in set-pieces. The left-back has already contributed to six of 1860 München’s 15 goals and is a major part of the best attack in Liga 3. “Philipp has made a significant step in his development,” Daniel Bierofka told the media this week. “He is a reliable player, who always gives everything. Furthermore, he has perfected his shot at corners and free-kicks to such an extent that we now have real consistency in that area,” Bierofka added. Steinhart is, therefore, a weapon that could ease some of die Löwen’s attacking problems should both strikers miss the game on Saturday. 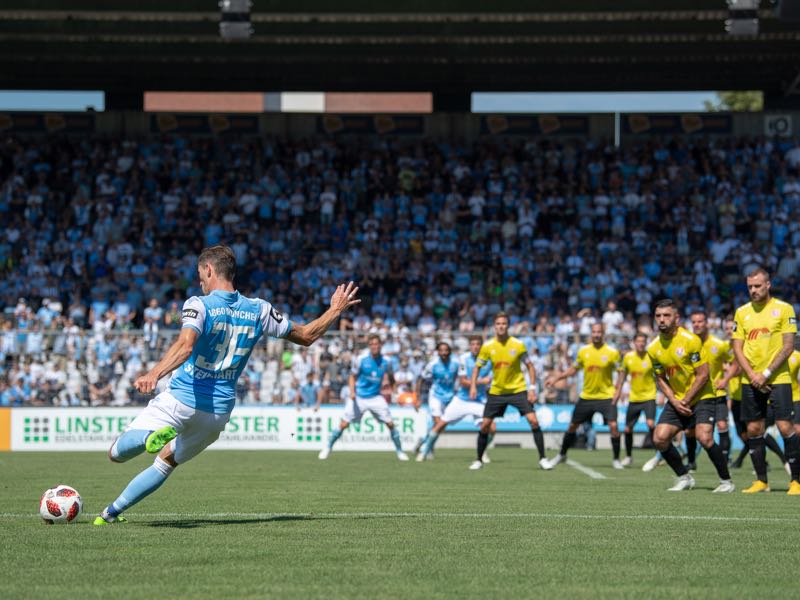 Philipp Steinhart of 1860 München shoots a free kick during the 3. Liga match between TSV 1860 München and KFC Uerdingen 05 at Stadion an der Gruenwalder Strasse on August 12, 2018 in Munich, Germany. (Photo by Sebastian Widmann/Bongarts/Getty Images)

Manuel Schäffler returns to his former youth club 1860 München. “1860 have re-invented themselves,” Schäffler told the media this week. The striker was in talks with 1860 München this summer, but a transfer fell through. Scoring 22 goals last season Schäffler was the most successful striker in the third division. This year, however, he has just scored once in six games as the 29-year-old has struggled with fitness. 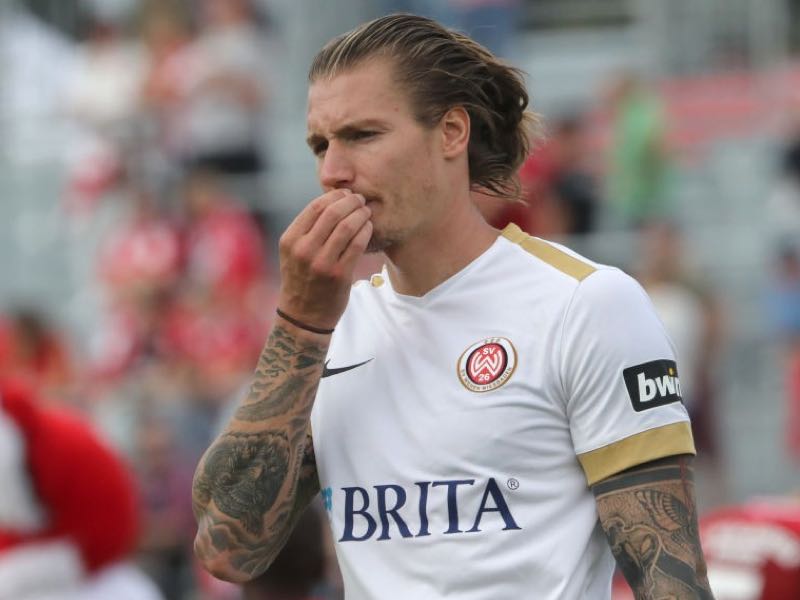