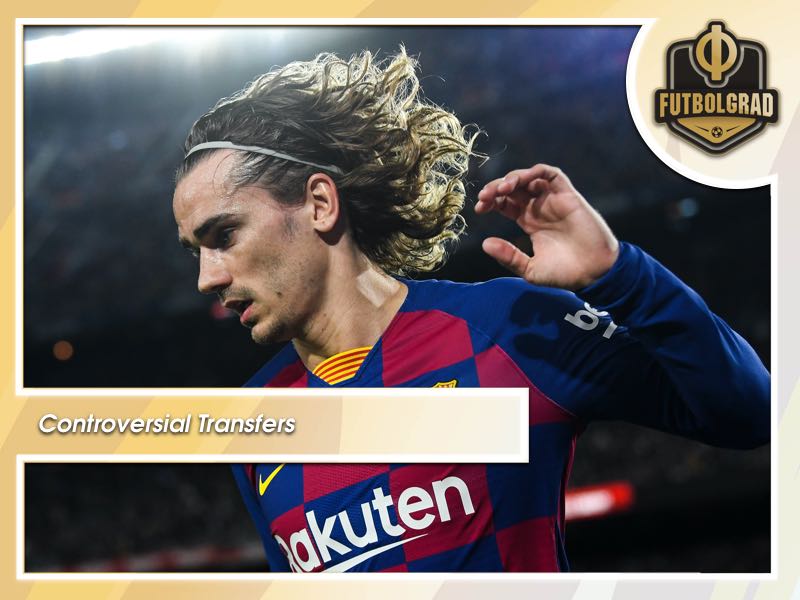 While successful football transfers provide a cornerstone for active development and trophy-winning, it should be admitted that a lot of controversies accompany some.

Throughout football history, there have been numerous transfers that caused controversy (such as transfer of Luis Figo to Real Madrid from Barcelona). Mainly they were associated with extremely high prices or moving to rival clubs. This article will examine the five most controversial football transfers in 2019.

Romelu Lukaku struggled to impress at Manchester United. During his two year stint with the team. Lukaku managed to score 28 goals in 66 Premier League games – not an impressive number. He was frequently a subject of criticism and could not fully manage to establish himself.

He then moved to Inter Milan for a fee reported to be €80 million. He is having a perfect season at Serie A and already managed to score 17 goals in 23 matches.

The main controversy concerns the fact that Lukaku was eager to leave United and try new challenges. He was accused of not using his potential entirely and failing to have an impact on the team’s attacking capabilities. However, as it seems Manchester was not his suitable team, and Antonio Conte found the appropriate role for the Belgian striker.

Ivorian winger Nicolas Pepe was a leader of Lille and attracted massive attention from Premier League teams. Arsenal managed to gain the upper-hand and signed him for club-record fee €79 million. It was not very anticipating as Arsenal usually do not pay much for footballers.

He was met with huge expectations; however, he failed to impress the fans as he just scored three goals in 21 matches and has not lived up to his potential. It usually takes time to adapt to the Premier League, but Pepe has problems in becoming an integral figure for the club. And the money which was paid for him does not look worthy.

While joining Borussia Dortmund in 2020, technically the transfer of Haaland was made on 29 December 2019. He is widely regarded as one of the greatest prospects of football and a future superstar.

He managed to do incredible things in the Champions League. Scoring in 5 consecutive games, shining at Red Bull Salzburg was enough to gain attention from the clubs. According to various Norwegian odds websites, Manchester United was a huge favorite to sign Norwegian.

However, Haaland rejected the offer from United and instead chose Borussia, which turns out to be an appropriate team for the youngster. He already managed to score seven goals in just four games and keeps going.

While everyone was sure he would go to Manchester Haaland made a controversial choice by moving to Dortmund. But who knows. Perhaps it is better for the Norwegian stay in Dortmund and continues improving. But pundits are sure he will play in the Premier League sooner or later.

Portuguese youngster Joao Felix had an incredible season with Benfica. He managed to score 15 goals in 26 League games and was a pivotal part for the team’s run at the Europe League.

His excellent playing skills and vision drew comparisons to Kaka and Rui Costa. He is one of the most promising football players across Europe. Albeit it was surprising that Felix was transferred to Atletico Madrid for a transfer fee of $125 million(3rd highest ever paid for a football player after Neymar and Kylian Mbappe) because of Atletico’s playing style, which is usually very defensive.

The expectations were verified when he scored only two goals in 16 games. But he is still very young and has a lot of time to improve.

Antoine Griezmann was undoubtedly a leader of Atletico Madrid. During his five years at the club, he managed to score 94 goals in 180 La Liga matches and reached Champions League final in 2016.

Antoine Griezmann has not sufficiently shown his potential yet as he struggles to find chemistry with an Argentine superstar Lionel Messi. He only scored seven goals in 22 matches and is mainly playing on the flank which is not his preferred position. But the sack of Ernesto Valverde and appointment of Quique Setiend could provide a significant opportunity for him to demonstrate his skills.