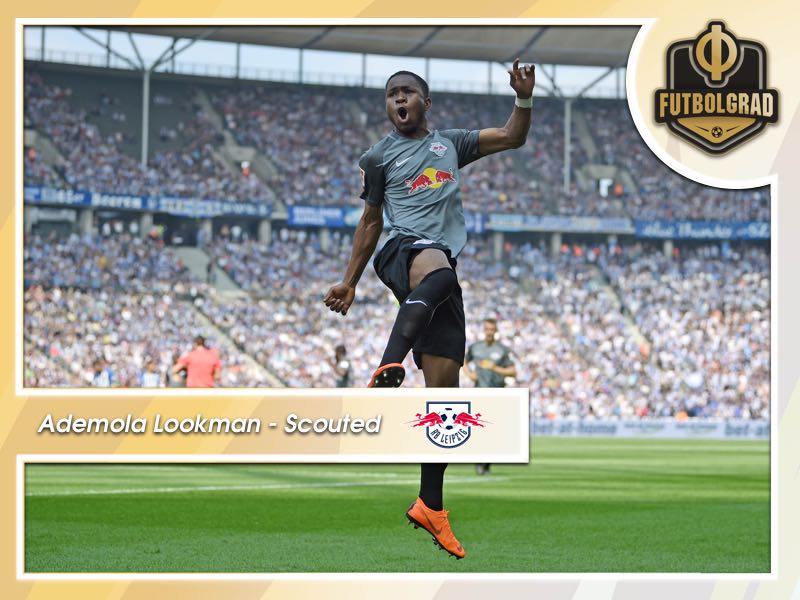 Ademola Lookman: How does he fit in at RB Leipzig?

Nonetheless, the English winger is considered a key signing for the Red Bulls. Leipzig already tried to sign Lookman one year ago after he impressed in his half-season loan at Leipzig. Everton, however, were adamant that they wanted to keep the winger in their public statements. Internally, it was appeared to be a strategy to drive up the price. Instead the Red Bulls got their man. In other words, Leipzig were betting with paypal and won, maximizing their financial capabilities.

“We want him, and he wants to come to us,” then RB Leipzig sporting director Ralf Rangnick said. But Everton’s manager Marco Silva was adamant that Lookman should stay at the club and fight for his position in the starting XI.

Everton rebuffed several offers by RB Leipzig. In the end, Leipzig offered €25 million, but Everton wanted €33 million—knowing full well that Leipzig could not meet that demand because of Financial Fair Play constraints. The entire time the English club believed that Leipzig would either meet their requirements or walk away from a deal.

It was a strategy that backfired. Because ultimately Leipzig were willing to wait to get their man and, in the end, signed the 21-year-old for just €18 million this summer.

Ademola Lookman: Integration is the next step

The next step is to integrate the talented winger in head coach Julian Nagelsmann’s tactical setup. In the three games since taking over, the 32-year-old head coach has varied between a classical 3-4-3, 3-5-2 and the typical 4-2-2-2 Red Bull setup.

Lookman could operate in all three tactical setups. The Englishman can play in one of the attacking half-positions in RB Leipzig’s traditional 4-2-2-2 setup, as a winger in the 3-4-3 or as a second striker in the 3-5-2 configuration. But with Leipzig significantly strengthening this summer, Lookman’s biggest problem is that the club have several other players that can also play in those roles. 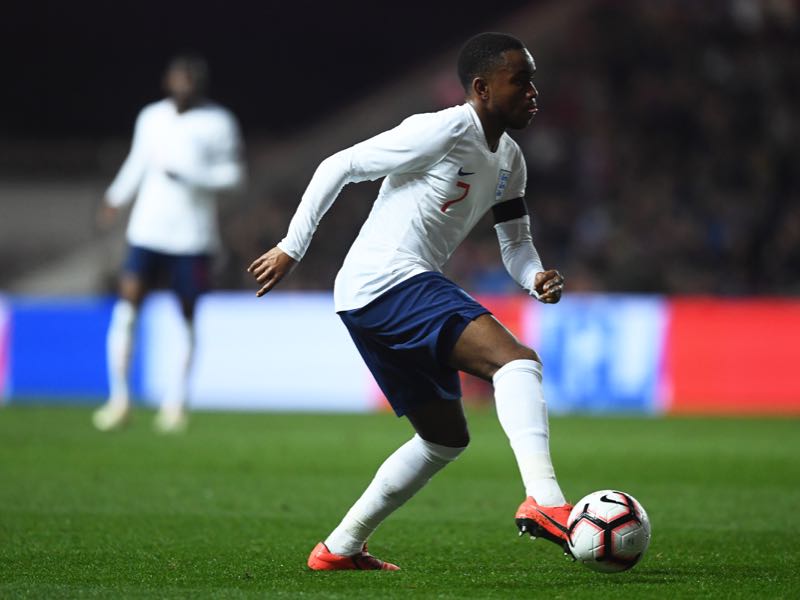 Ademola Lookman of England during the U21 International Friendly match between England and Poland at Ashton Gate on March 21, 2019 in Bristol, England. (Photo by Harry Trump/Getty Images)

Up front, Timo Werner and Yussuf Poulsen have been Nagelsmann’s go-to guys in the 3-5-2 or 4-2-2-2 setup. Against Union Berlin, on matchday 1 Nagelsmann opted with Werner on the left, Poulsen in the centre and Marcel Sabitzer on the right.

Sabitzer and Leipzig’s other attacking-midfielder Emil Forsberg, in fact, might be Lookman’s biggest competition going forward. Both players have traditionally occupied the half-wing positions in Leipzig’s setup on the right and left. Neither are traditional wingers but more like inverted playmakers that allow Leipzig’s forwards to drift wide, opening up space for the second row to penetrate the final third—Leipzig’s other summer addition Hannes Wolf also plays that way.

Where does he fit best?

Lookman interprets that role a bit different. When playing in the second line, the 21-year-old is a classical winger that likes to drift from the left into the centre.

When comparing Lookman to Sabitzer, Wolf, and Forsberg, what stands out is the Englishman’s ability to cross the ball. Among the four attacking players, Lookman leads the pack with 42.86% successful crosses per 90 minutes over the last calendar year—in comparison, Sabitzer is second in that category with just 33.56%.

Lookman is also an excellent passer and has completed 84.1% of his passes per 90 minutes over the last calendar year. Only Forsberg is better in that category with 84.63%.

Another aspect is Lookman’s dribblings. Once again he ranks very high among Leipzig’s attacking players. With 6.43 dribbles per 90 minutes, he is second only to Wolf’s 6.51 dribbles. The Englishman, however, outperforms the Austrian by completing 52.7% of his dribbles—in comparison, Wolf managed to finish just 45.98% of his dribbles.

Hence, as a full package, Lookman’s abilities are very complementary to the current Leipzig setup. When looking at the numbers overall what stands out that sporting director Markus Krösche has assembled a squad that is very variable and allows Nagelsmann options to adjust the side depending on the opponent. With that in mind, it will only be a matter of time for Ademola Lookman to get some meaningful minutes in the Bundesliga.