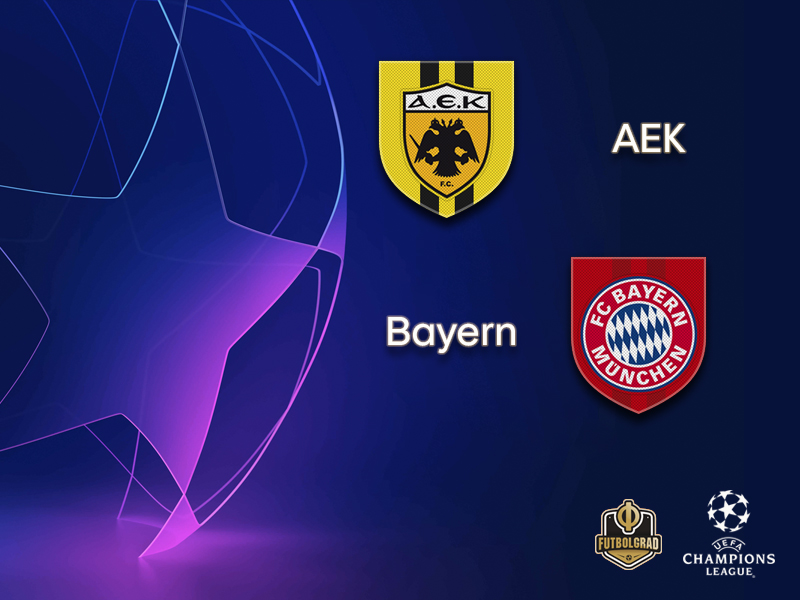 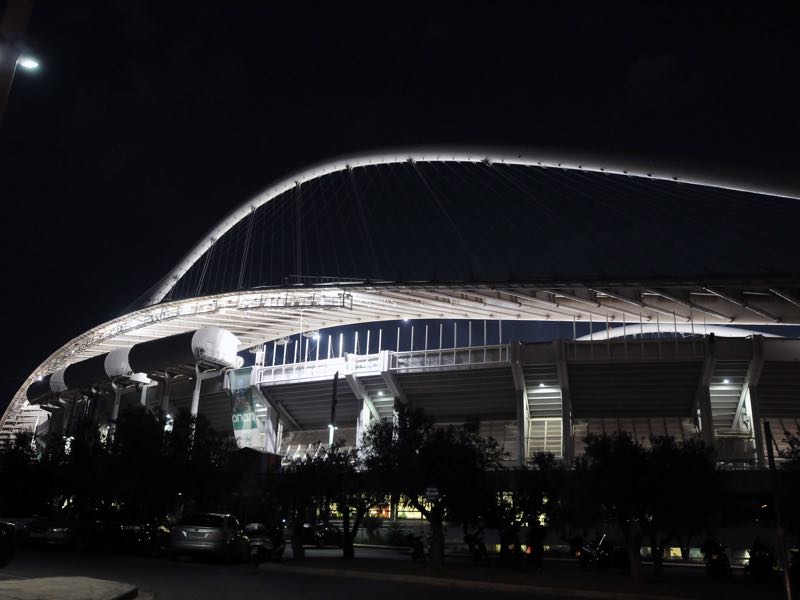 AEK Athens vs Bayern will take place at the OAKA Spiros Louis Stadium in Athens. (Photo by Dimitri Messinis/EuroFootball/Getty Images)

It was a historic season for AEK Athens in 2017/18. The club ended up winning their first Greek championship since 1994. The return to the top came on the back of a significant rebuild in Athens.

Relegated from the first division in 2013 AEK went bankrupt and had to restart in the third division. From there the club slowly rebuilt and like a phoenix from the ashes, AEK won the title last season and then topped their season by qualifying for the Champions League by eliminating first Celtic and Vidi FC during the qualification stage.

It was one of the most controversial Greek championships in recent history. AEK were neck on neck with Thessaloniki based club PAOK for much of the season. Ultimately, the title was decided in the courtrooms of the Greek football federation as PAOK president Ivan Savvidis interfered at the PAOK vs AEK matchup by storming onto the pitch with a gun holstered to his belt.

This year AEK have, however, have struggled at times. Domestically, the club sits in fourth place six points behind first placed PAOK. In the Champions League, the Greek champions are three points adrift at the bottom of the section

Speaking to the German magazine kicker technical director Nikos Liberopoulos, however, urged his players not to be afraid of Bayern. “We are playing at home against a world-class team, and everything can happen. The players should have respect for a big opponent but at the same time can’t be afraid.”

Whether Bayern are still a world-class team is something that has been up for debate recently. Fourth in the Bundesliga and second place, level with leaders Ajax on four points, Bayern have been somewhat in crisis in recent weeks. Always a favourite among the Champions League winner predictions Bayern a big statement game in the Champions League to underline that status.

A run of four games without a win and criticism by the media meant that Bayern’s bosses President Uli Hoeneß and CEO Karl-Heinz Rummenigge issued a controversial press conference on Friday afternoon. In that press conference, Hoeneß and Rummenigge heavily criticised the media and swore that the “club will from now on be unified,” Hoeneß said and Rummenigge added that “from now on we will protect our players, coaches and the club.”

It was a media conference that brought a largely negative media-echo with several news outlets opting to print satirical stories following Bayern’s clinical, yet not sensational, victory over Wolfsburg on Saturday. Bayern defeated die Wölfe 3-1 on Saturday despite playing 30 minutes with one man down. But at the same time, the game also highlighted that der Rekordmeister remains vulnerable in the transition game and is overly dependent on star striker Robert Lewandowski.

Lewandowski, therefore, scoring twice is good news for Bayern. With the Polish striker on form, Bayern should have enough to see off AEK on Tuesday in Athens. Whether the club has enough to compete for the title, however, is a question that only time can answer.

AEK Athens vs Bayern – Players to look out for:

On loan from Roma Ezequiel Ponce had a great start at AEK. The 21-year-old Argentine striker has already scored two goals in three Greek Super League matches this season. Signed by Roma from Newell’s Old Boys in 2015 Ponce is already on his third loan spell and the Italian side hope that Champions League football will provide Ponce with the next stage in his development. 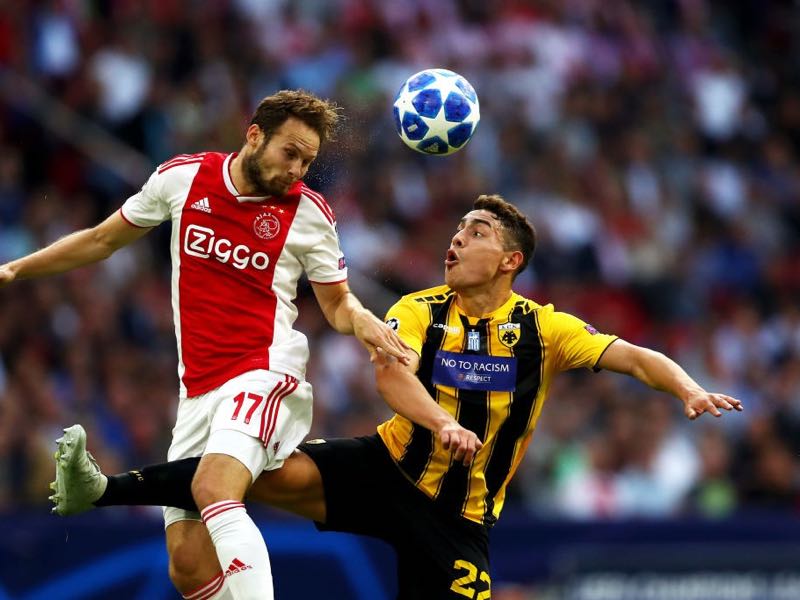 Daley Blind of Ajax wins a header over Ezequiel Ponce of AEK Athens during the Group E match of the UEFA Champions League between Ajax and AEK Athens at Johan Cruyff Arena on September 19, 2018, in Amsterdam, Netherlands. (Photo by Dean Mouhtaropoulos/Getty Images)

Polish striker Robert Lewandowski failed to score a goal in six games for Bayern and Poland in three different competitions. An eternity for the 31-year-old. Against Wolfsburg Lewandowski was once again clinical and, as a result, Bayern’s winless streak ended. The game highlighted that Lewandowski still got the killer instinct but also underlines Bayern’s dependence on the Polish forward.