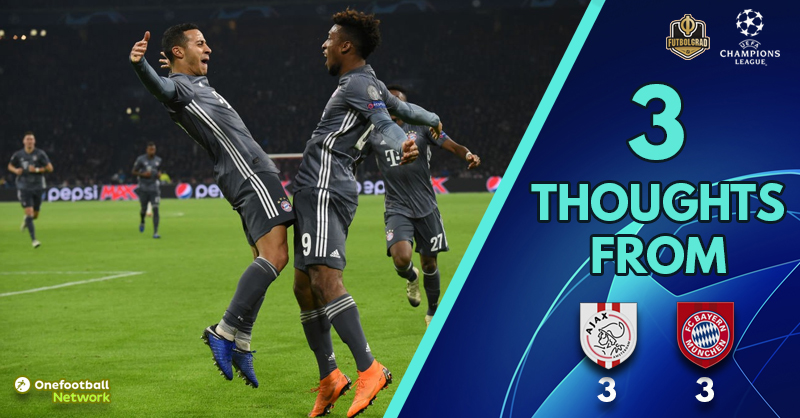 Ajax v Bayern München had everything. Six goals, two red cards and two teams playing the sort of attacking football that we have not witnessed in an encounter between these two European giants since the 1970s.

No Lewandowski no party

Robert Lewandowski “is Bayern’s life insurance,” Bayern head coach Niko Kovac said ahead of the match. The Bayern head coach was bang on with that assessment. The Polish striker scored the opening goal for Bayern and then converted the penalty during a stage of the game in which Amsterdam threatened to run away with the scoreline.

The second goal was Robert Lewandowski’s eight goal in the group stage – breaking his previous record from the 2015/16 season in which he scored seven goals. Furthermore, Lewandowski has now managed to score 21 goals in all competitions more than any other player in the top five leagues in Europe at this stage of the competition.

With all this in mind, it now becomes clear why the Bayern bosses refused to listen to any transfer offer for Lewandowski last summer. In his current form, Lewandowski is the best number nine on the planet and makes the difference for a side that has struggled at times this season.

How far can this Bayern side go?

Bayern finish first in Group E and reach the round of 16 for the 15th time. Only Real Madrid and Barcelona have reached the knockout stage of the competition more often (both 16).

It is also the first time in ten years that Bayern manage to get through this stage of the competition without losing a game. Remarkable given the troubles the club was facing under Kovac throughout October and November. 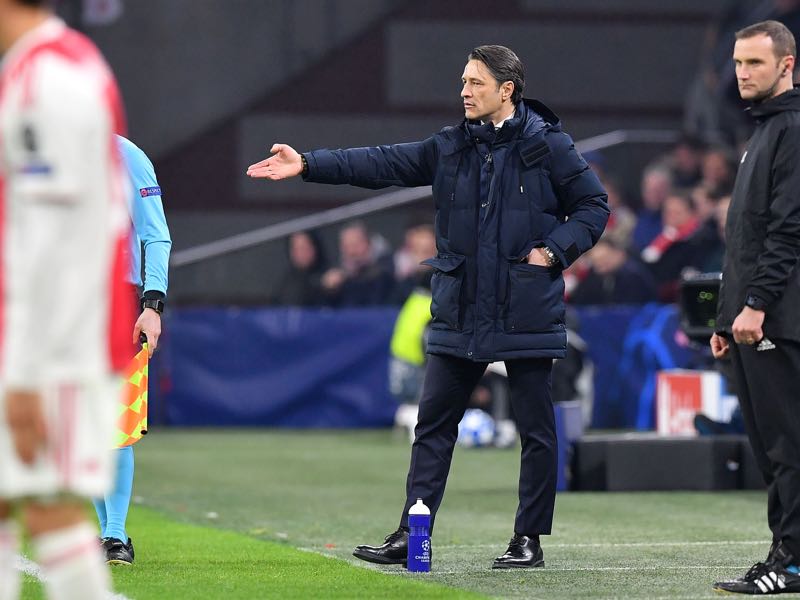 The last time, however, that Bayern were able to get through the group stage without a defeat was when Jürgen Klinsmann was in charge in 2008/09. That season Bayern eliminated Sporting 12-1 on aggregate in the round of 16 (5-0, 7-1) but were then dismantled in the first leg of the quarterfinals by eventual winners Barcelona.

It was the beginning of the end for Klinsmann, who would be fired with five games remaining in the Bundesliga – Bayern would eventually finish second. The current Bayern setup has a similar feel to the 2008/09 team that, in particular, struggled defensively in critical games.

Nonetheless, Kovac was adamant that his side still needs to be feared in Europe and has gained some confidence from surviving the recent crisis. “Other teams don’t want to play against Bayern,” his message is clear this squad has enough to make one last run in the Champions League. The truth, however, is more brutal with Bayern’s current defensive problems first place, and avoiding one of the big fish in the next round, has been the best news in this Champions League campaign that will unlikely end in triumph.

With Ajax and Bayern already through many expected this to be a boring affair. The truth, however, is finishing first matters in the next round. Playing a team that has finished second, and more importantly hosting the second leg, can make the difference between an early exit and the quarterfinals.

As a result, both Ajax and Bayern went for it and produced a football festival at the Johan Cruijff ArenA in Amsterdam. Johan Cruijff would have been proud of the sort of football that was displayed by his side. Ajax played free-flowing creative football, quickly transitioning through the middle-third the Amsterdammers perhaps simply lacked the experience to kill of a Bayern side that struggled once again defensively.

But while Bayern did show defensive problems going forward, the Bavarians were sharp. Lewandowski and Kingsley Coman, who came on in the second half were excellent – as was Thiago’s dribbling ahead of Bayern’s penalty. Add to that two red cards and a crowd up for the occasion, and you had a football cocktail that was reminiscent of the duels that we witnessed between Dutch and German sides from the 1980s and 1990s.

Dutch football, in general, seems to be back on track, as the two results against Germany in the UEFA Nations League highlighted, and with this in mind football fans can be excited about Germany and the Netherlands meeting next year in the European Championship qualifiers to continue where Bayern and Ajax left off.