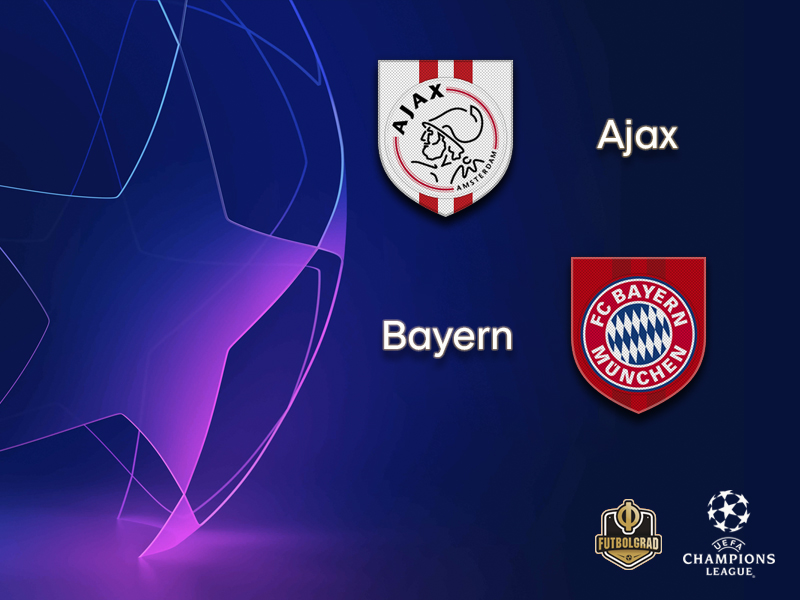 Ajax and Bayern battle for first spot in Group E

First place will be up for grabs when Ajax host Bayern München on Wednesday. While both clubs belong to Europe’s most historic clubs Ajax have somewhat lost some of their allure in the last two decades.

Ajax, in fact, have not progressed from the group stage of the Champions League since the 2005/06 season. Furthermore, the club qualified for this year’s tournament after finishing just second behind PSV Eindhoven in the Eredivisie and Ajax have not won a national championship since 2014.

Hence, despite recent successes in Europe, the club does no longer belong to the upper echelon in European football even if they were able to hold Bayern to a 1-1 draw at the Allianz Arena in September. Since then, however, Ajax have shown some signs that the squad might be a bit overplayed. Having to start the campaign in Champions League qualification that club had to already play 29 competitive fixtures this season and several players are also important cornerstones in their respective national teams.

Head coach Erik ten Hag will be without goalkeeper André Onana and Kasper Dolberg, Hakim Ziyech as well as Donny van de Beek have all struggled with injuries in recent weeks.

Perhaps good news for a Bayern side that has seen an improvement in results as of late. Victories against Benfica, Werder and Nürnberg mean that Bayern are on the way to overcome their first real crisis under head coach Niko Kovac.

A crisis that, in many ways, begun against Ajax Amsterdam on October 2. In that match, Bayern started furiously but Ajax had Bayern quickly decoded and were perhaps a bit unlucky to not win the match in the end. “They played well and we didn’t. I would suggest that we play our best this time,” Jérôme Boateng told the German media on the weekend.

“First place is important to us as it would mean an easier opponent in the next round,” Robert Lewandowski explained. The Polish striker is right. Second place could pair Bayern with the likes of Manchester City, Juventus and Barcelona, opponents the Bavarians would like to avoid until the quarterfinals.

A win against Ajax and the job is done. Furthermore, it would also give head coach Niko Kovac even further breathing room as his side is slowly improving. Another defeat and the heat is back on but going by recent results, and Ajax’s fitness problems, the Bavarians should be able to collect all three points on Wednesday.

Ajax vs Bayern – Players to look out for:

Midfielder Frenkie de Jong was in the headlines this weekend. The 21-year-old was heavily linked with a move to Paris Saint-Germain with the French club willing to pay €75 million according to De Telegraaf. The Dutch-based newspaper reported that De Jong’s agent had a meeting with Paris’ sporting director Maxwell. But after Ajax’s 4-1 victory over PEC Zwolle on Saturday de Jong told the media that he has not made a decision about a future transfer yet. Possibly good news for Bayern, who are also linked with the midfielder. Frenkie de Jong, in fact, is one of the most desired midfielders in European football. A good first touch, vision, ball control and strong tactical understanding make him a valuable player, who will also be crucial in Ajax’s game against Bayern. 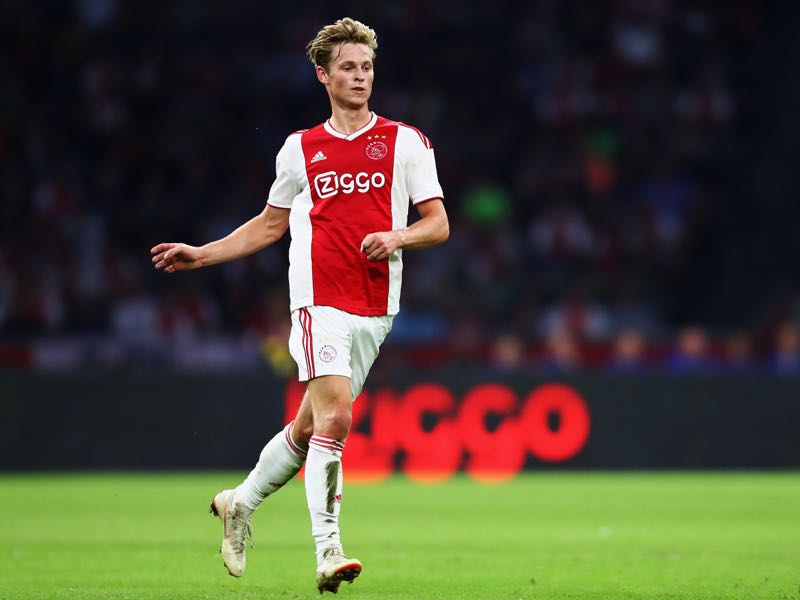 Thomas Müller is back thanks to a tactical shift by head coach Niko Kovac. The forward scored two goals and one assist in the last three games after Kovac made a tactical switch from 4-3-3, in which Müller played as a number eight, to a 4-2-3-1/4-2-2-2 formation, in which Müller operates as a false number nine. With Müller further up the field right next, or behind Robert Lewandowski, Bayern are more difficult to defend as Müller creates more room for attacking players around him.