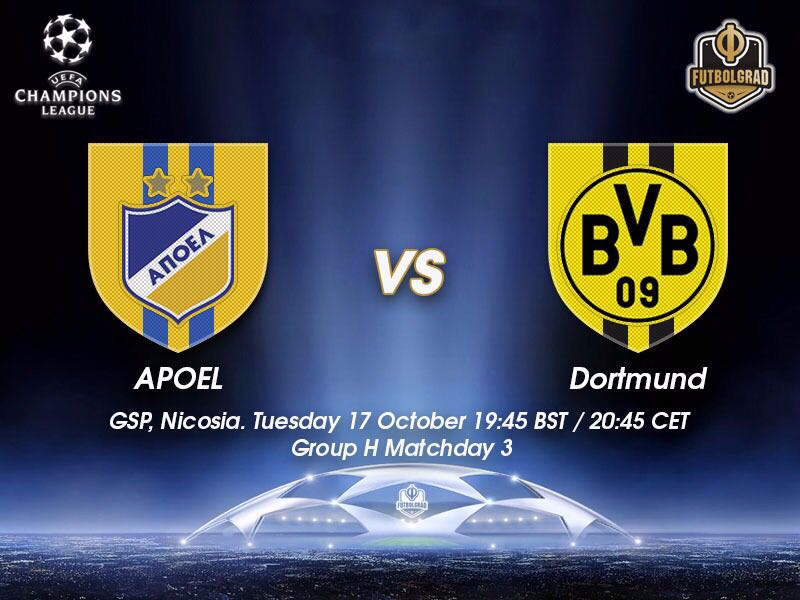 APOEL vs Borussia Dortmund will take place at the GSP. (Photo by Yiannis Kourtoglou/EuroFootball/Getty Images)

With both teams looking for their first points of this season’s competition Tuesday’s matchup brings an extra edge. APOEL host a Dortmund side who have faltered in the Champions League so far and the German visitors also arrive in Cyprus fresh from their first Bundesliga home defeat in 2 years. A 41 unbeaten streak came crashing down on Sunday to fellow Champions League side RB Leipzig.

APOEL Nicosia are the record 26-time winners of the Cypriot First Division; they are also the current defending champions. However, in the UEFA Champions League they have so far been demolished – firstly by Real Madrid 3:0 in the Bernabéu on Matchday 1 and then by Tottenham Hotspur 0:3 at home on Matchday 2.  This is APOEL’s ninth home game against Bundesliga opponents. They have lost seven of those previous fixtures, including all of the last six.

It is no surprise then that they will be fearful of Peter Bosz’ Borussia Dortmund. Their only success against German opposition, home or away, came against Berliner FC Dynamo in the 1980/81 European Cup, winning their first round, second leg, 2-1 in Nicosia.  If history does not favour the Τhrylos, then their domestic achievements may give them some hope to cling to. Scoring seven times in their last five league fixtures, it will be this form they must look to have any hope of a positive result.

Borussia Dortmund had been flying domestically until Sunday’s defeat at the hands of RB Leipzig ended a phenomenal 41 game home unbeaten run. The Schwarzgelben remain top of the Bundesliga, two points clear of Bayern München but they have found this season’s Champions League a far more difficult prospect. Picked off at will by Tottenham Hotspur on Matchday 1 at Wembley they were beaten 3:1 by the Premier League side. Matchday 2 didn’t provide a rest-bite when back-to-back Champions League winners, Real Madrid, won comprehensively by the same scoreline in Dortmund. When the group stage draw took place earlier this season it was Real and Dortmund who were tipped to advance to the knock out stages. Unless Dortmund can pick up maximum points in both of these back-to-back fixtures against the Cypriots, then a slot in the Europa League may become an unwanted reality. Having registered zero points and only two goals in favour their goal difference currently sits at minus four, facing APOEL twice in quick succession should give them the opportunity to obtain all six points on offer and turn a negative goal difference back into a positive.

APOEL vs Borussia Dortmund – Players to look out for:

APOEL have been the whipping boys of Group H so far – however, in their 34-year-old Brazilian-born, naturalized Belgian, centre-forward lies their best chance of scoring against a mentally fragile Dortmund. Scoring six times in 13 appearances so far, the attacker is also no stranger to Tuesday night’s visitors. Playing 66 times in the Bundesliga for both Hoffenheim and Gladbach he scored 15 times and assisted on a further three occasions. Should Dortmund have a lapse in concentration, it may just be an old adversary that punishes them. 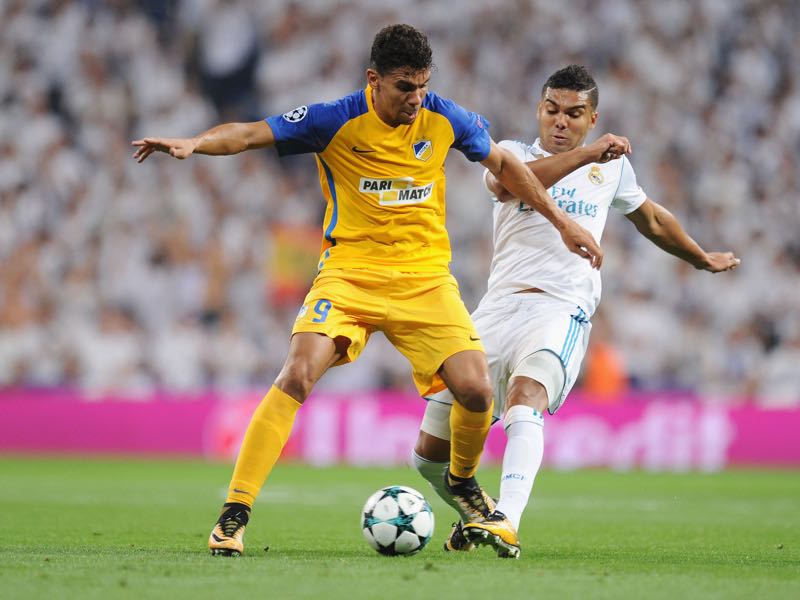 The 19-year-old American has been ladened with an unnecessary pressure of late. Singled out as a superstar for both club and country, a new labelling is unhelpful as he tries to develop further. Pivotal to Peter Bosz’ attacking 4-3-3 formation the attacking wide player is undoubtedly a very talented individual. It is important to remember even though his talent far outweighs his tender age he is still not yet the finished product. What cannot be denied though is when Pulisic is on top form he becomes almost unplayable, especially for an opposition as weak as AOPEL. Dribbling at speed he is a joy to watch in full flight, and with the time and space he should find in Cyprus, the American’s service to Pierre-Emerick Aubameyang could be the one to unlock Dortmund’s start to this season’s Champions League.