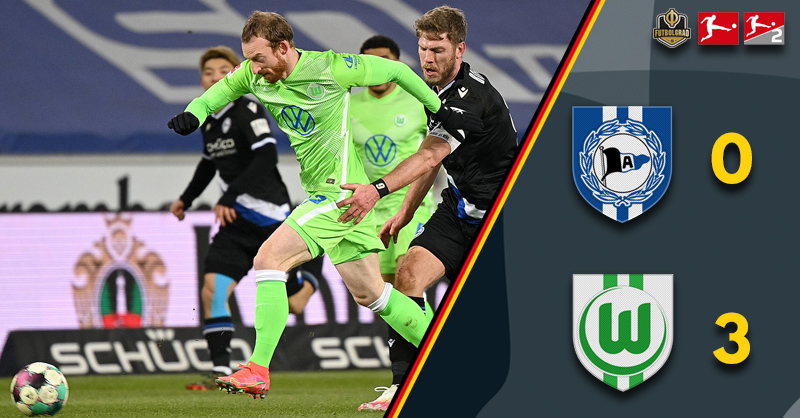 A brace from Renato Steffen and a wonderful strike from Maximilian Arnold ensured Wolfsburg climbed to third in the Bundesliga table, remaining on course to return to the UEFA Champions League next season.

Uwe Neuhaus named an unchanged Bielefeld XI for the visit of Wolfsburg. After an incredible Monday night performance at the Allianz Area–holding Club World Cup champions Bayern to a sensational 3-3 draw, there was little sense in rotating any of his star performers.

It was the same situation for Oliver Glasner; with Wolfsburg firmly in the race for a UEFA Champions League place next season recent results have been built on consistency, and the Austrian coach had guided the Wolves into contention with a brand of exciting attacking football.

On a far from perfect pitch, the opening period of play was dominated by the shape and control the hosts had, denying Wolfsburg any real space and freedom that has defined their system of late.

However; with 15 minutes of the half remaining, and a touch of patience, the visitors found the exact way in which to tear open the Bielefeld backline. Thanks to some expert hold-up play by Wout Weghorst–inside his own half, the forward then slipped the ball to Ridle Baku, who in turn picked out Yannick Gerhardt.

Glancing up, the midfielder saw Renato Steffen’s movement causing panic in the Bielefeld backline, his wonderful cross was met with ease by the Swiss winger, a simple tap home capped off a frighteningly quick counter-attack.

It was the only lapse in concentration by Bielefeld during the opening 45 minutes, yet it was punished to devastating effect.

After a defensive-minded opening half, it was essential that Bielefeld tried to recapture the attacking spirit that served them so well in Munich just four days ago. But, having picked up no points from losing positions this season, it was essential they started quickly to redress that balance.

Unfortunately for the hosts, the opposite happened. Weghorst found himself wide open on the left-hand side of the box after just 70 of the restart, the striker’s shot was tame but Stefan Ortega made an uncharacteristic error–gifting an opportunity to Steffen to smash home his and Wolfsburg’s second from close range.

It seemed to deflate Bielefeld almost instantly, and it came as no surprise to see Wolfsburg hammer home their advantage just seven minutes later. Maximilian Arnold’s shot from distance nestled in the top corner of Ortega’s goal, If the ‘keeper was at fault for the second, he could do very little about the third, it was a superbly executed strike that essentially killed the game inside an hour.

It was a victory that takes Glasner’s side into third place in the Bundesliga, and with Frankfurt facing a difficult task against Bayern on Saturday, come the end of Matchday 22 the Wolves’ Champions League ambitions could have taken a further step in realization. 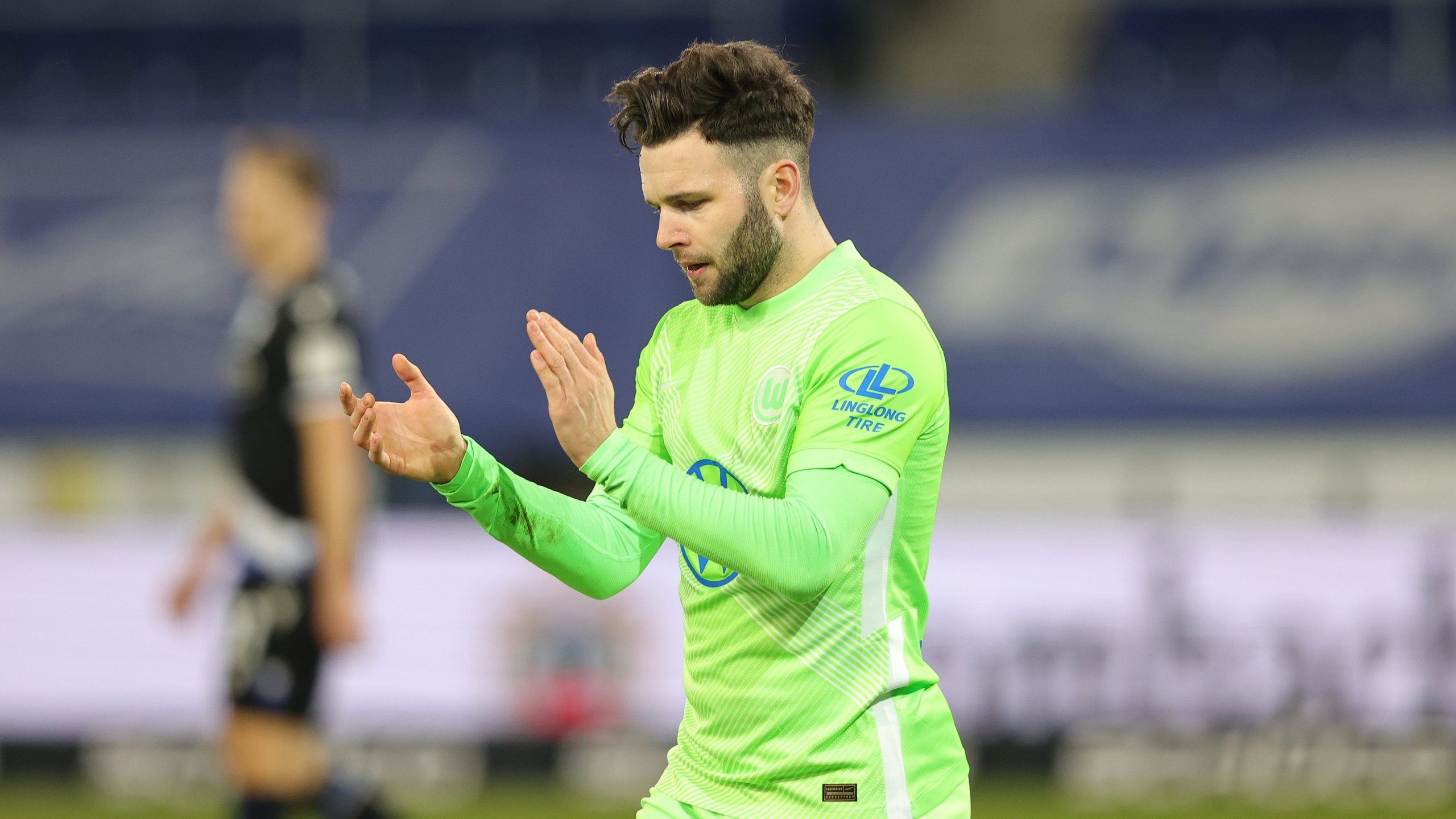 Working hard in the wide areas throughout, it was the central part of the box in which the Swiss midfielder showed how clinical he could be on Friday night. Two opportunities from close range were well taken, ultimately powering Wolfsburg to their fifth victory in six matches.

Comprehensively beaten on the night, the only real positive was Bielefeld’s 22-year-old midfielder. Winning tackles on the ground and in the air, he tried to set a tempo that wasn’t followed by those around him.

A dominant performance in the area that straddles the second and final third of the pitch was capped by a sensational strike from just outside the area. The central midfielder’s third goal of the season and it was one to remember.

Subs: 75′ Philipp for Arnold, Guilavogui for Schlager, Brekalo for Steffen, 83′ Pongračić for Lacroix, Białek for Weghorst