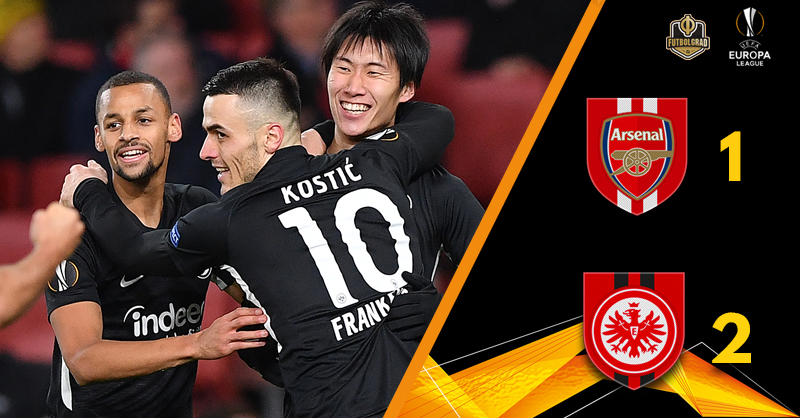 Unai Emery on the brink as Arsenal fall to Eintracht Frankfurt

Apathy among Arsenal supporters, given recent results under Unai Emery and a ban to Eintracht Frankfurt fans, meant that this was almost like a ghost game. The lack of atmosphere had an impact on the game, both sets of teams struggling to create any intensity. Finally, in the 29th minute Arsenal created the first big chance of the match after Pierre-Emerick Aubameyang set up Bukayo Saka, the young striker was stopped by Frederik Rönnow. Arsenal were the better of the two sides, and in the 45th minute, Aubameyang finally broke the deadlock with a shot from inside the box.

Knowing they needed a result, Frankfurt were much improved, going into the second half and pressed for the equalizer. That equalizer arrived in the 54th minute courtesy of Daichi Kamada, who scored with a cracking effort from inside the box. It was the first of two stunning goals by Kamada, just ten minutes later, the Japanese international smashed home a ball from outside the box. Frankfurt had turned around the game and then sat somewhat back to manage the result. Arsenal started to press as the clock began to tick away, but Unai Emery’s side was devoid of ideas, making it easy for the Eagles to collect all three points on the road. 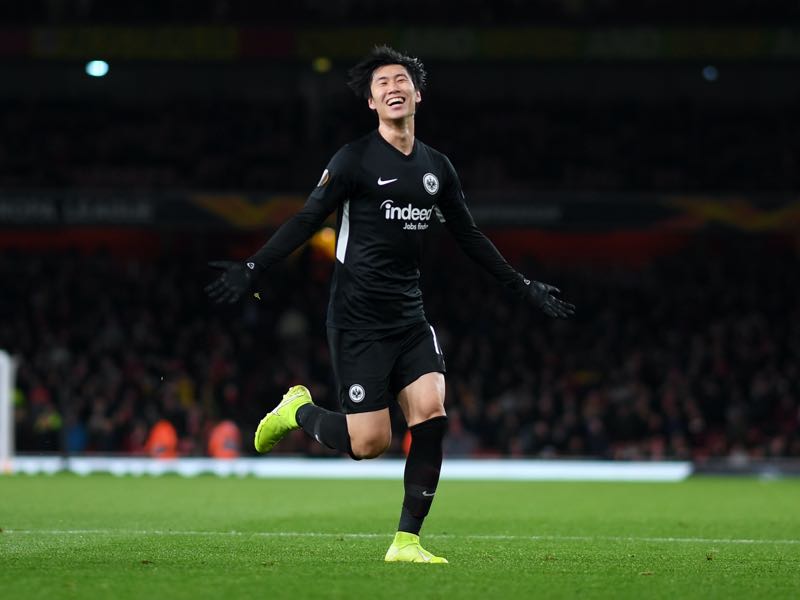 Daichi Kamada is the perfect number 10. The Japanese midfielder can both play a killer pass through the channel but also score crucial goals. On Thursday against Arsenal, both was on display. The 23-year-old scored twice to help Eintracht Frankfurt gain an important result in North London.

The Serbian national team player came on in the second half and was a big reason for Frankfurt’s turn of fortune. Gaćinović dazzled with his speed and work-rate and put significant pressure on Arsenal’s backline. Pressure that opened the space for Frankfurt to be more creative. He was also a dangerous weapon on the counter-attack. All around a Fantastic performance by the 24-year-old.

The 18-year-old Arsenal forward had a great first half. Always dangerous, the striker was almost impossible to play against for Frankfurt’s backline. Saka was a little unlucky to be kept off the scoreboard in the first 45 minutes. Then in the second half, he was caught in the general apathy of the North London side.

This is a massive result with implications on both sides. Eintracht Frankfurt are now very much back in the race to qualify for the round of 32 of the Europa League, especially as Standard Liege dropped two points against Guimaraes in the parallel game.

For Unai Emery this result could mean the end of Arsenal career. Emery signs were held up throughout the stadium and at the final whistle boos rang out from the few fans that had remained at the Emirates to see Arsenal’s poor performance against Frankfurt. Will the head coach survive the result? The next few days will tell us more.