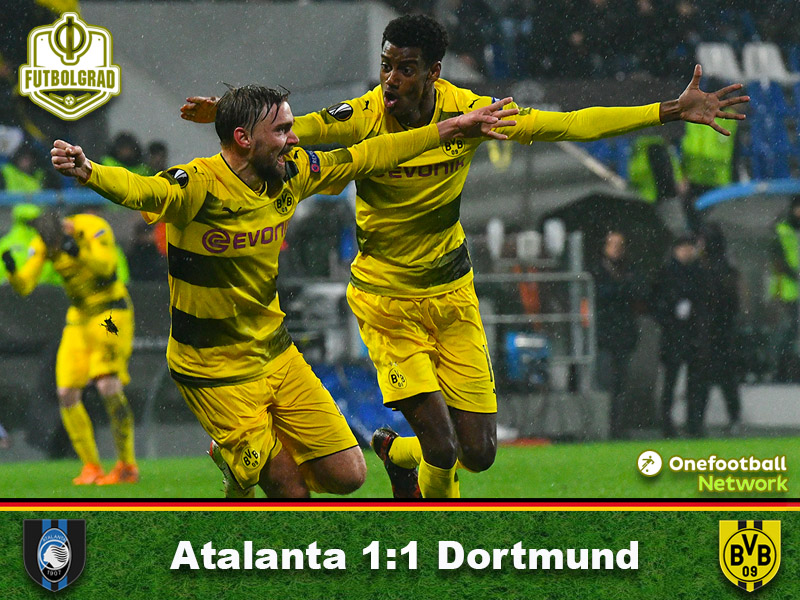 Atalanta vs Dortmund ended with tears for the Italian side. Atalanta were in control of the match until Marcel Schmelzer delivered a rare moment of heroics to squeeze Dortmund through to the next round.

It was a dream start for Atalanta. The Italians took the lead after a corner kick. Swung in from the right side of the pitch Roman Bürki misjudged the ball leaving the goal wide open for Rafael Toloi, who simply had to tap the ball home. The goal was exactly what the Italians wanted at this point, as it allowed them to sit deep and absorb Dortmund’s pressure attempting to hit them on the counter-attack. In the 25th minute, the Italians almost capitalised on one of the counter-attacks a long-ball from midfield by Alejandro Gomez found Bryan Cristante, but left wide open the attacking midfielder put the header past Bürki and the goal.

Dortmund were slowly working themselves into the tie but struggled to pick apart a well organised Bergamo defence. The first half, therefore, ended with Bergamo taking a fragile advantage into the dressing room. Dortmund in the meantime may have bossed possession, but they never really threatened the Italians. 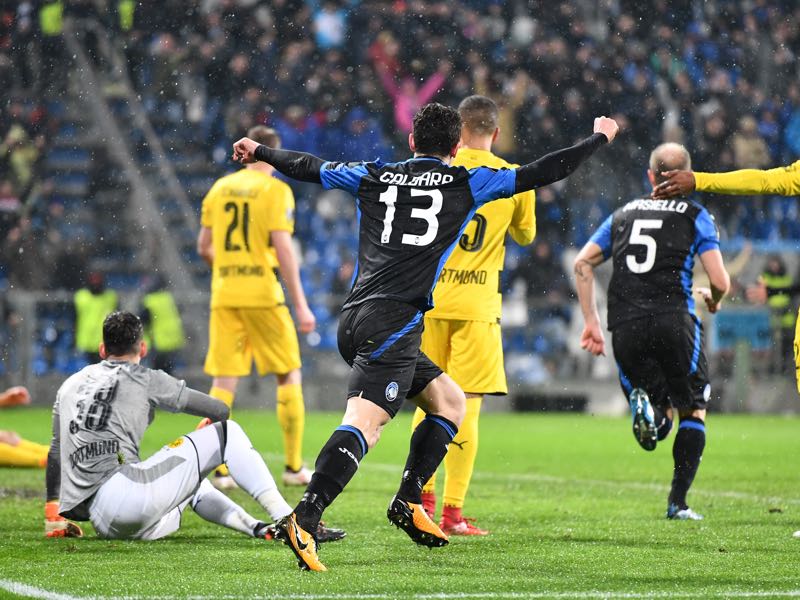 Dortmund continued to struggle to make things happen in the early goings of the second half. The Yellow and Blacks let themselves be boxed in into their half and could not found a solution to break forward. In the 58th minute, BVB head coach Peter Stöger had seen enough, and the Austrian took off Christian Pulisic and brought on star Marco Reus. With the star on BVB star on Dortmund managed to get out of Atalanta’s pressure and in turn pressed higher up. At the same time, Dortmund did not manage to find a way through as the time was running out for the Yellow and Blacks.

Atalanta in turn almost had a second when Josip Iličić escaped BVB’s defence and went one-on-one with Bürki, but the forward missed the goal much to the relief of the Dortmund defence. Dortmund did finally record their first shot on goal when Michy Batshuayi tanked himself free inside the penalty box, turned and shot, but the ball was right on Atalanta keeper Etrit Berisha. In the 79th minute, Atalanta should have put the tie to bed with Alejandro Gomez finding himself with plenty of space inside the box, but Bürki came out and challenged the forward managing to stop the shot to keep the game alive. Just one minute later Dortmund almost had the equaliser with Marco Reus stepping through Atalanta’s defence laying the ball off to André Schürrle inside the box, Berisha, however, stopped the close-range shot with a spectacular dive. In the end, the goal came from the unlikeliest of sources. Reus once again slalomed his way inside the box and his shot was spilt by Berisha right to Marcel Schmelzer, who put the ball in from close range. The goal was enough to send Dortmund through, but on balance, the Yellow and Blacks were poor on a rainy night in Italy.

Atalanta vs Dortmund – Man of the Match: Marcel Schmelzer

Marcel Schmelzer was brought in at halftime to stabilise a Borussia Dortmund defence that was struggling to keep Atalanta at bay. The left-back not only achieved that he was also able to contribute to Dortmund’s forward runs and then scored the goal that kept Dortmund in the competition. 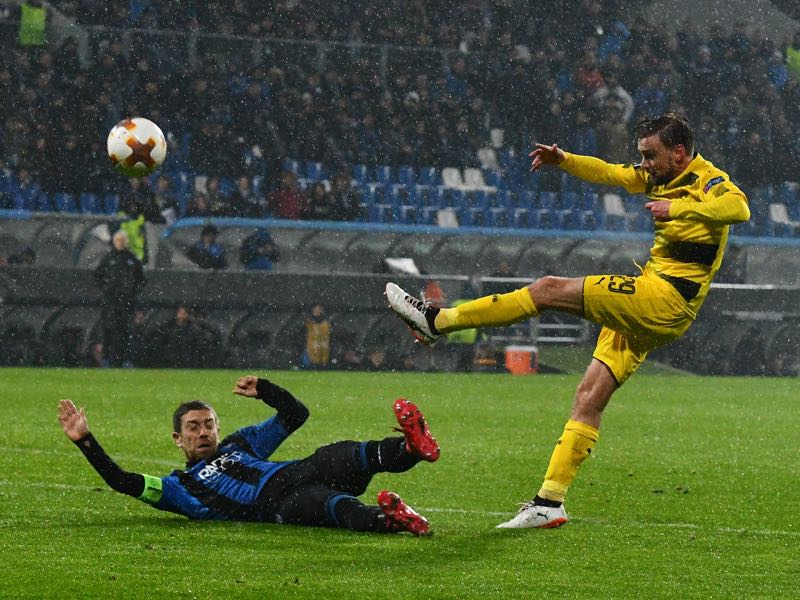 Atalanta vs Dortmund – Marcel Schmelzer was the difference maker on both ends of the pitch. (VINCENZO PINTO/AFP/Getty Images)

Dortmund are through to the next round. But the performance will do little to convince those that have been critical of Peter Stöger’s football. Dortmund struggled to be creative once again, and it was only thanks to the individual brilliance by key players that the Yellow and Blacks survived the tie, rather than the match plan put out by the Austrian head coach.