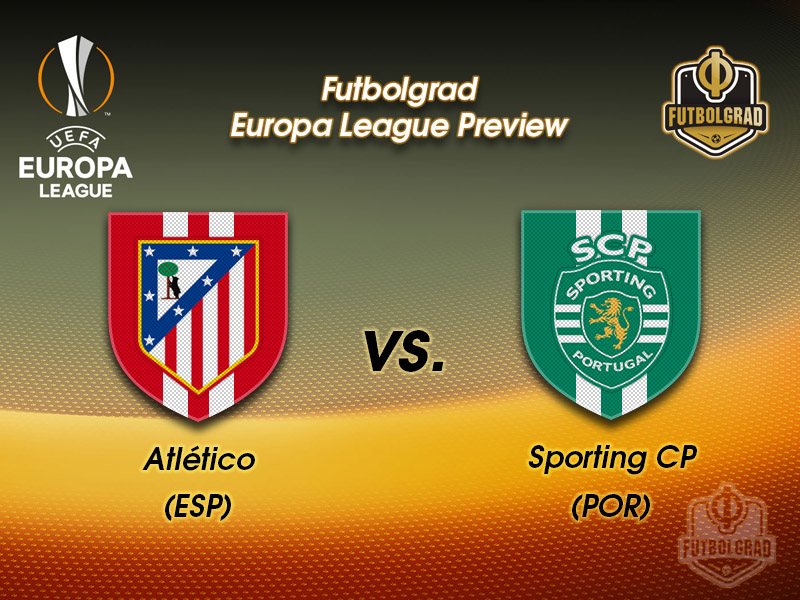 Atlético Madrid vs Sporting will take place at the Wanda Metropolitano. (Photo by Denis Doyle/Getty Images)

Atlético Madrid and Sporting meet at the Estadio Metropolitano for the first time since the 2009/10 season when Atlético eliminated Sporting 2-2 away from home thanks to the away goal rule. The Spaniards then moved on and would win the competition by beating Fulham in Hamburg.

The Spaniards have since moved on to become one of the best clubs in European football. A miserable Champions League campaign, however, in which they finished third in a group that included Chelsea, Roma and Qarabag meant that Atlético are now in Europe’s secondary competition.

Los Colchoneros, however, can atone for their sins by eliminating Sporting once again and making an essential step towards the final in Lyon. Winning their third Europa League title would make fans forget about the Champions League campaign and could heal some wounds after losing two Champions League finals against their city rivals Real Madrid.

Going on current form Sporting will undoubtedly be just a stepping stone for Atlético. Coached by Jorge Jesus, who was brought in from league rivals Benfica two years ago and is the highest paid coach in Portugal, Sporting are once again trailing league rivals Benfica and Porto. In third place, Sporting would not even qualify for the Champions League going by current standings. Winning the Europa League would provide an alternative route to next season’s Champions League group stage.

Going by current form, however, it is hard to look beyond Atlético in this tie. The Spaniards, in fact, may be favourites to win this competition once again and Sporting will at this stage be a stepping stone.

Atlético Madrid vs Sporting – Players to look out for:

Will he stay, or will he go? Antoine Griezmann has been at the centre of many transfer rumours with Barcelona, Real Madrid and Manchester United all mentioned as possible destinations. With 17 goals and eight assists in 26 La Liga games, there is no doubt that Griezmann would be a fantastic addition for any club. The forward has also added two goals and three assists in three Europa League games and has now told the press that a decision on his future will be made ahead of the 2018 FIFA World Cup.

If Sporting want to get anything out of this match, they will have to be efficient in front of the net. That sort of efficiency is exactly what former Wolfsburg forward Bas Dost can provide. The Dutch forward has scored 23 goals in 24 Liga NOS games this season. Scoring a goal every 89 minutes Dost is Sporting’s best domestic striker and Sporting hope that he can replicate that sort of goal scoring rate on Thursday against Atlético. 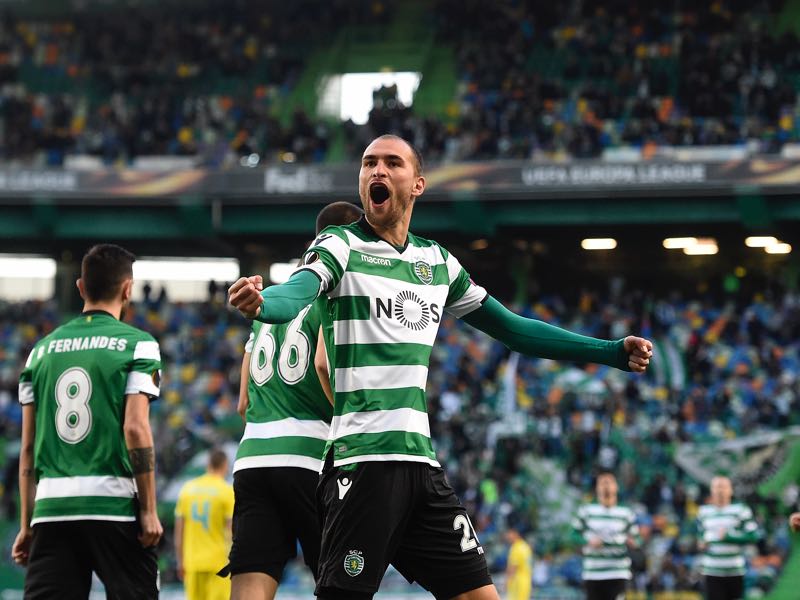 Sporting will rely on Bas Dost’s efficiency in front of the goal. (FRANCISCO LEONG/AFP/Getty Images)