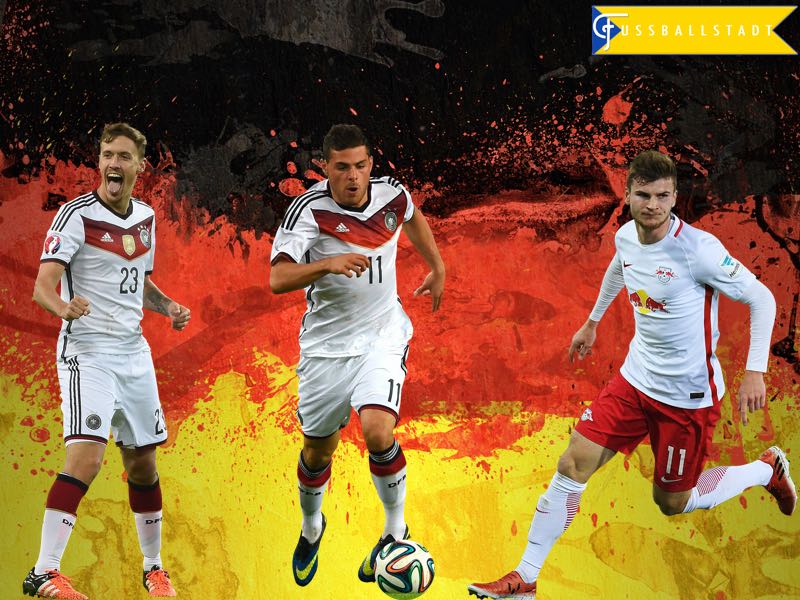 Attacking Problems – German Football and the Lack of Strikers

For the first time in nine years, the UEFA Champions League semi-finals kicked off without a German club in the competition. Both Borussia Dortmund and Bayern München were eliminated in the quarterfinals, and the respective exits of Germany’s biggest clubs has kicked off a debate on the current state of German football. One topic in particular that has come up is the lack of German attacking prospects.

The lack of attacking options was especially highlighted in a debate on the World Football Index – Gegenpressing Podcast. Here, the panel pointed out that not only did Borussia Dortmund and Bayern München lack depth on the number nine position, but German football, in particular, seems to struggle to produce natural strikers.

Bayern München and Borussia Dortmund rely heavily on Robert Lewandowski and Pierre-Emerick Aubameyang respectively. Both are world-class strikers, but both clubs have no back should either be out of form or go down with an injury. This season, football has undergone a minor revolution, with many clubs turning away from the 4-2-3-1 formation towards a 3-5-2 or even a 4-4-2 formation.

This means that many of the top clubs now operate with several striker options up front. The four remaining clubs in the UEFA Champions League are great examples of this modification. German club teams have also tinkered with the 3-5-2 or the 4-4-2 formation, but only Hoffenheim, under Julian Nagelsmann, has depth up front.

Hence, with the game changing, German football will have to do some soul searching, especially as the change of formation will also have an impact on international football. Perhaps nowhere else is the predicament of not having enough striker options available felt more than in the German national team.

There are parallels between club football and the national team

Die Nationalmannschaft is the current World Champion, and was perhaps the most dominant team at the European Championships last summer in France. What the German national team lacked, however, was attacking options up front. Of the 23 players selected by Joachim Löw for the tournament in France only Mario Gomez could be described as a true number nine.

The current Wolfsburg striker, however, missed the semi-final against France with an injury that he had sustained in the quarterfinal against Italy. Without a true striker upfront, Germany’s dominant play fell flat, and France was able to eliminate the Germans.

There is a parallel between the episode that took place last summer, and what happened to Borussia Dortmund and Bayern München. Without Lewandowski and Aubameyang, the clubs lack the necessary punch to take out top class opposition. But there is another problem here: neither striker holds a German passport.

In fact, the current Bundesliga goal scoring race between Lewandowski, Aubameyang, and 1.FC Köln’s Anthony Modeste highlights some of Germany’s predicament. None of the top three strikers in the Bundesliga are German. Germany’s top forward in the race for the Torjägerkanone is, in fact, RB Leipzig’s Timo Werner, who has scored 17 goals in 29 Bundesliga matches this season.

Who could succeed Miroslav Klose?

For a long time, Miroslav Klose was the national team equivalent of Lewandowski, and Aubameyang. Without Klose, who holds the record for the most goals scored in the national team, Germany’s game was often one-dimensional. Klose retired following the 2014 World Cup in Brazil, however, and Germany have struggled to find a true replacement for the striker.

With this in mind, the Futbolgrad Network has taken a closer look at Germany’s attacking options ahead of the 2017 FIFA Confederations Cup, and the 2018 FIFA World Cup.

Mario Gomez is the obvious choice, and the 31-year-old striker will likely feature for Die Mannschaft at the World Cup in Russia. Whether Joachim Löw will take the striker to the FIFA Confederations Cup this summer remains to be seen, however. Löw has been adamant that Germany will rest several key players in order to not overplay them before the big event in the summer of 2018. Gomez has scored 14 goals this season, and is the main reason why Wolfsburg have a chance to escape the relegation battle intact. Gomez has scored nine goals in the second half of the season, and the striker is, perhaps, the most obvious answer to who Löw should play up front. The problem, however, is that, unlike Klose, Gomez has never had the ability to drop deep and play like a playmaking striker. Klose, in many ways, was a complete forward, who could play in several formations. Gomez, on the other hand, is a limited striker, who might be best suited playing with a more complete striker in a 4-4-2 formation. 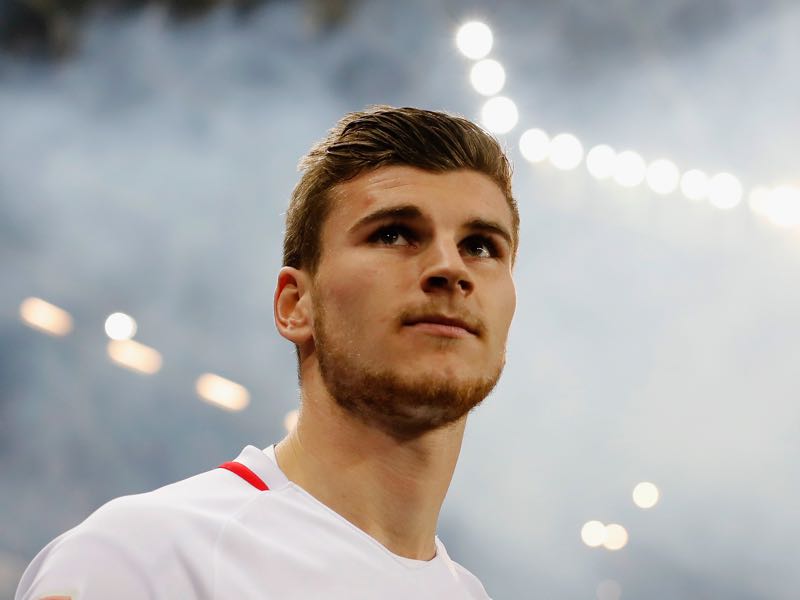 Timo Werner is the most promising attacking prospect in Germany. The 21-year-old Leipzig striker has adapted well to life away from his hometown Stuttgart, and is a major reason why Leipzig will feature in the Champions League next season. Reaching the Champions League should help Werner to make the next step in his development, which is to become an internationally recognized top striker. Furthermore, Champions League football should help Leipzig’s number 11 to gain international experience, which is key when playing for Germany against the big countries at tournaments like the World Cup in Russia next summer.

Werner will likely be among the players that Löw will take to Russia for the Confederations Cup this summer. Should Werner’s performance continue on this level, there is no doubt that the Leipzig front man will become the number one choice for Die Mannschaft as well. In some respects, Werner might already represent a better choice than Mario Gomez, as the Leipzig striker’s play is more multi-dimensional. Furthermore, Werner would be an ideal striking partner for Gomez in a 4-4-2 or 3-5-2 formation. 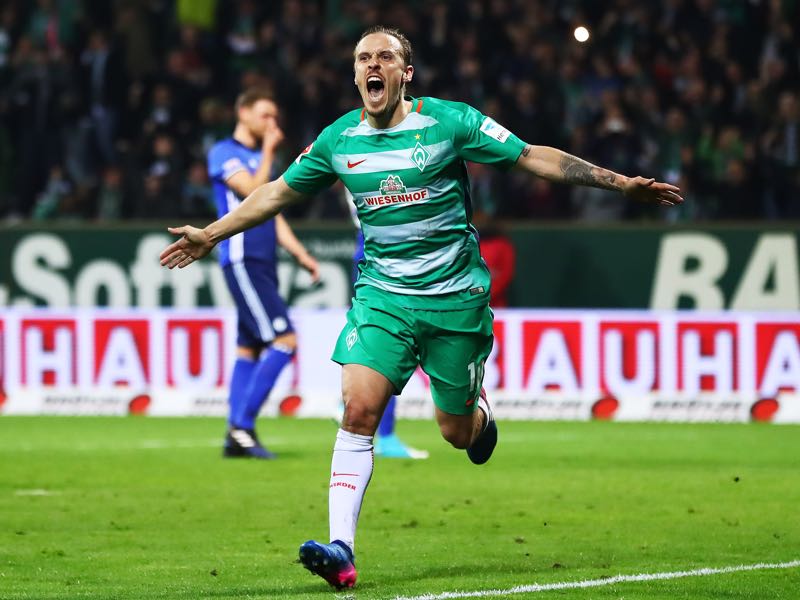 Max Kruse has been excellent in recent weeks, and is perhaps the most likely to completely replace Miroslav Klose. (Photo by Martin Rose/Bongarts/Getty Images)

Max Kruse has been phenomenal in recent weeks. The Werder Bremen forward scored eight goals in April, and was Europe’s top scorer together with Barcelona’s Lionel Messi. Kruse has now scored 14 goals in 20 matches for Bremen this season, and the forward is one of the main reasons for Werder’s renaissance in die Rückrunde. Werder have surged up the table, and their recent run of form could see them finish as high as fifth, which would mean direct qualification to the group stage of the Europa League.

Kruse, however, is not a typical professional football player. The striker is known for his sweet tooth, which has meant that he has struggled with his fitness levels in the past, and also plays professional poker, an activity that was criticized at his former club, Wolfsburg. Werder’s management, however, have understood that Kruse needs his freedom when it comes to his dietary preferences and off-field activities. As a result, Kruse has blossomed and is now, once again, a candidate for the national team. In fact, Kruse’s play might make him the best candidate to replace Miroslav Klose. 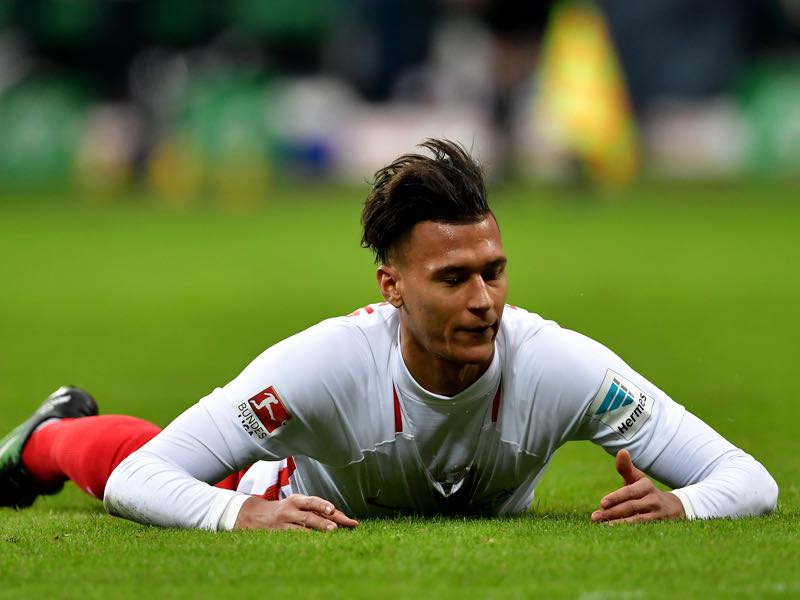 Davie Selke has the talent, but his career has stalled at RB Leipzig. (Photo by Stuart Franklin/Bongarts/Getty Images)

Davie Selke’s lack of first team minutes at Leipzig makes him an outside choice for Joachim Löw’s national team. The tall striker has struggled to gain valuable playing time at Leipzig and may, in fact, be on his way back to Werder Bremen this summer. Re-joining Werder could allow Selke to gain valuable playing time, both in the Bundesliga and also in the Europa League. A tall, and lanky striker, Selke is a similar type of player to Wolfsburg’s Mario Gomez.

Selke scored nine goals in 30 matches for Werder during the 2014-15 campaign. Werder then sold the striker to Bundesliga 2 side RB Leipzig and, while he scored ten goals in 30 matches last year, he struggled in this campaign, scoring just two goals in 18 games. Werder, therefore, believe that Leipzig would be willing to sell the striker for around €6 million, and that Selke could form an ideal partnership with the above-mentioned Max Kruse. A move back to Bremen, and subsequent playing time together with a striker who already features for the national team, could be key not only to getting Selke’s career back on track, but also to opening the door for a future in the national team. 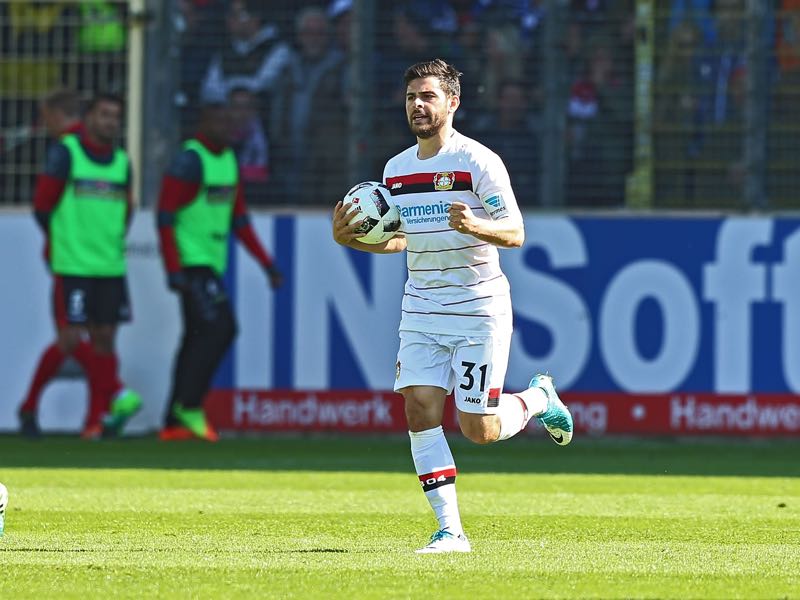 Kevin Volland must feel that the move to Bayer Leverkusen was a step backwards. (Photo by Thomas Niedermueller/Bongarts/Getty Images)

Kevin Volland wanted to make the next step in his career when he left 1899 Hoffenheim for Bayer Leverkusen last summer. At Bayer, it was expected that Volland would be playing regular minutes in the Champions League and help the club challenge Bayern München for the German championship. The move, however, did not quite work out for the 1860 München product. While his former club Hoffenheim has already qualified for the playoffs of the UEFA Champions Leauge, Bayer has struggled in the league, and are currently a relegation candidate. Volland, in the meantime, has scored just six goals in 22 games.

To write off the 24-year-old striker would be a mistake, however. Valued at €17 million by transfermarkt.de, Volland is still one of the brightest attacking prospects in German football. Furthermore, Volland has the sort of flexibility loved by Joachim Löw—he can play up front as a natural number nine, as a trequartista, or on the right wing. It would not be a surprise if Joachim Löw nominates Volland for the Confederations Cup in Russia next summer.