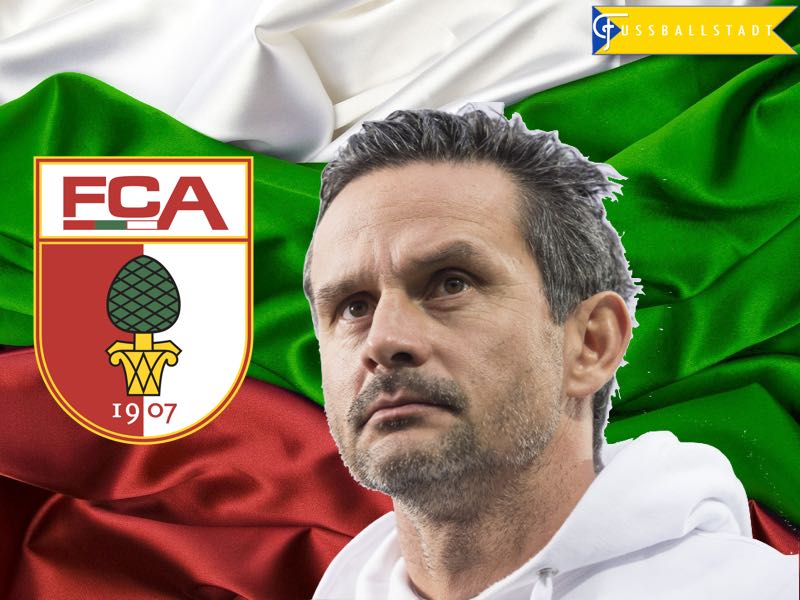 Today’s news that FC Augsburg have fired head coach Dirk Schuster will definitely go down as one of the biggest surprises of this week in the Bundesliga. Augsburg are currently 13th in the league with 14 points.

The club has, however, won just two out of their last ten matches. At the same time, Augsburg also managed four draws, and ten points out of ten matches, and do not appear too far off the pace of what was expected from them at the beginning of the season.

#FCA have parted company with Dirk Schuster and his assistants Sascha Franz and Frank Steinmetz. More to follow… pic.twitter.com/w8OSYcbcPw

“We thought hard about the direction FC Augsburg is supposed to take in the future, and we also analysed how the team has presented itself recently. We felt that the club no longer played in a way that well represented the club. We also have different views [from the coaching staff] on how the club should move forward into the future. It, therefore, makes no sense to continue to work together. The timing is certainly odd, but we were not convinced that the team would present itself with boldness and enthusiasm against Gladbach [on the weekend].

Reuter also explained the odd timing of the club’s decision to fire Dirk Schuster: “We only do things that we are convinced about. We showed, in the past, that we could solve difficult problems together. But, in the last few weeks, we noticed tendencies that we could not accept. After analysing the Hamburg game, we realized that this setup would no longer work for the club. And that we could potentially miss out on reaching our goals this season.”

Finally, Reuter also explained what he believed should be Augsburg’s playing philosophy. “We are a team that is supposed to outrun its opposition with a strong physical element and, at the same, time plays attacking football. Furthermore, we are a compact team with a quick transition game. We felt that this was lacking a bit. We also felt that the team was lacking intensity, and conviction. Hence, we decided to act.”

The entire process, however, brings up questions. Dirk Schuster was Augsburg’s number one target during the summer when it came to replacing long serving coach Markus Weinzierl, who left the club for FC Schalke 04. Reuter stated, at the time, “[we are] absolutely in favour of the new coaching staff.”

Furthermore, Reuter refused to answer what exactly the different views were when it came to the direction the club should move in. In the summer, Augsburg spent significant resources to bring in Schuster from SV Darmstadt 98.

Schuster had achieved a minor miracle at Darmstadt. Under his leadership Darmstadt moved from being almost relegated from the 3. Liga (third division) in the 2012-13 season—the club was only saved from the drop because Kickers Offenbach had to declare bankruptcy—to the Bundesliga in just three years where he managed the unthinkable again by fighting off relegation.

When Markus Weinzierl left Augsburg for FC Schalke 04 in the summer, Augsburg quickly identified Schuster, as the new head coach. In fact, Augsburg reinvested a decent portion of the transfer sum the club received from selling Weinzierl’s contract to Schalke by paying Darmstadt €1.1 million for the right to negotiate with Dirk Schuster—Augsburg had received €2 million (€5 million with bonuses) for Weinzierl.

At the time, Augsburg released a statement by Stefan Reuter in which the sporting director told the press: “We are happy that we were able to find a coach, in Dirk Schuster, who one hundred per cent fits FC Augsburg’s philosophy.”

Now, six months after the decision to hire Schuster, the management at the club has suddenly realized that Schuster did not fit the philosophy at the club after all. Furthermore, those who have watched Augsburg closely will likely point out that Schuster’s Augsburg did not exactly look that different from Weinzierl’s playing philosophy last season.

Yes, there are small differences between how the two coaches approach the game, and yes, Weinzierl managed to reach the Europa League with Augsburg during the 2014-15 season. But, Weinzierl also finished the 2015-16 Bundesliga campaign in 12th spot, which is just one position higher than where the team is currently in the table.

It is true that Schuster preferred more compact defensive football, and that Augsburg recently lacked technical elements and also showed problems with their transition game. The club, however, knew that they would get a coach who prefers collective defending rather than pressing high up the field. Furthermore, with the top three forwards—Raul Bobadilla, Alfred Finnbogason, and Caiuby—all out with injuries it would be unrealistic to expect more from Schuster at this point. 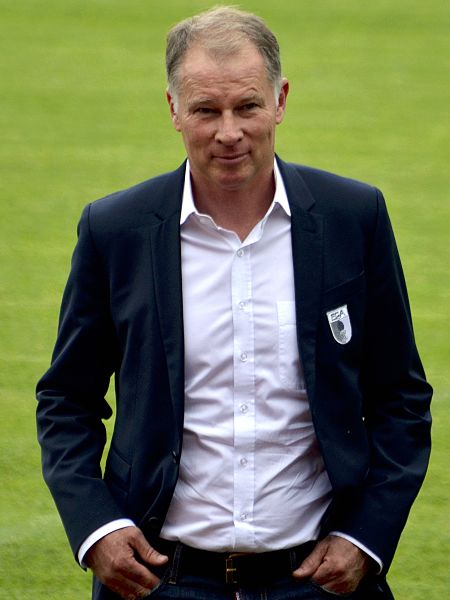 Stefan Reuter explanations on why Dirk Schuster was fired did not entirely add up – Image by Fuguito CC-BY-SA-3.0

Finally, Schuster was well on coarse to achieving the club’s goal, which FC Augsburg’s management stated before the season kicked off, was to avoid relegation this season. In fact, Augsburg were undefeated in four matches before the unfortunate defeat to Hamburg.

This raises the question as to whether there is more to the story. Schuster missed the team’s practice on Monday, officially with stomach flu. But some players have stated that the Schuster was treated for a head injury on Monday, and that that was the real reason he to missed the training session.

Perhaps there is, therefore, more to Schuster being fired as the head coach of the club. But at this point, we have to assume that it was only sporting reasons that led to Schuster being replaced, which does not shine a good light on Augsburg’s management in general.

As stated above, Schuster was the top candidate for the job, and the club even paid a transfer sum for the coach, something that is rather uncommon. At the time, the decision makers at the club knew that they would get a coach who is known for his defence first approach. Hence, Augsburg’s management takes the blame for Augsburg’s current situation, a situation that cost the club €1.1 million in transfer fees alone…