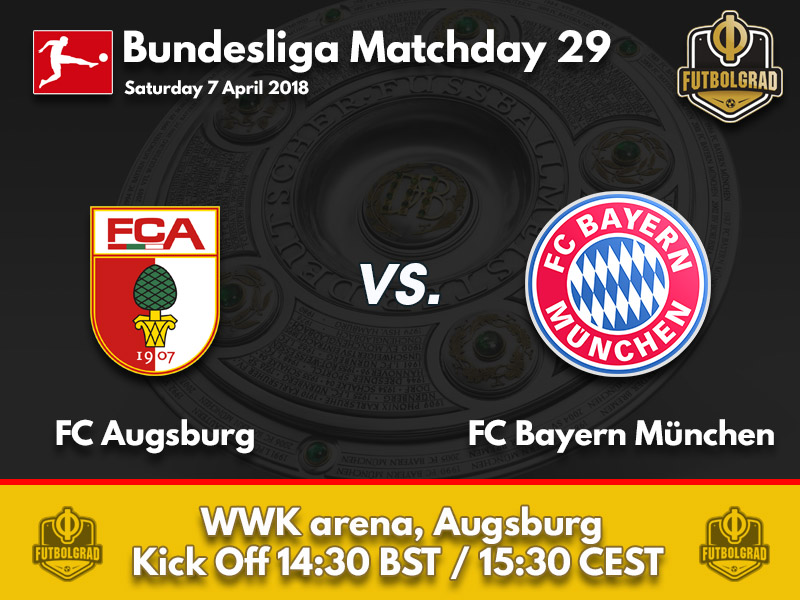 Bayern had two match balls to wrap up the German championship. But a defeat to Leipzig on matchday 27 squandered the first chance to wrap up a title. Bayern did do their homework on matchday 28 by beating Borussia Dortmund 6-0, but Schalke had won their match against Freiburg, which meant the title decision was once again postponed.

Now on matchday 29 Bayern want to finally wrap up their sixth title in a row and their 28th German championship overall. Bayern had, in fact, quickly recovered from their defeat against RB Leipzig before the international break, easily dispatching Dortmund and then putting on a solid performance against Sevilla on Tuesday.

With the focus now shifting to the Champions League and with a 2-1 win in their pocket ahead of the return leg against the Spaniards Augsburg will be considered merely a stepping stone towards further glory this season. Given the depth, in the current Bayern squad, Heynckes might be slightly rotating his side with Arjen Robben returning to the starting lineup and Corentin Tolisso returning from an injury.

Augsburg, in the meantime, have been a solid mid-table side this season and with 36 points, and a ten-point gap to 16th placed Mainz, are more or less clear from any potential relegation trouble. Looking up the table Augsburg are just six points behind seventh-placed Hoffenheim, but although seventh place will be likely enough to qualify for Europe, it is unlikely that Augsburg can make a serious push up the table. After all Stuttgart and Gladbach, who are sandwiched between Hoffenheim and Augsburg, also have serious ambitions and the better sides.

As for the game on Saturday the gulf of quality is simply to big between the two sides. Hence, even with the Champions League in mind, it can be expected that Bayern will dispatch Augsburg and complete the formality of winning the German championship.

Augsburg vs Bayern München – Players to look out for:

Making the switch from Hamburg to Augsburg it is now easy to say that in retrospect Gregoritsch made the right decision. While the 23-year-old Austrian has made a big, his former club now seems to be certain to be relegated. Brought in for €5.5 million in the summer Gregoritsch has scored 11 goals and four assists in 27 games this season and has seen his transfer value grow from €3.5 million to €13 million over the course of the season. 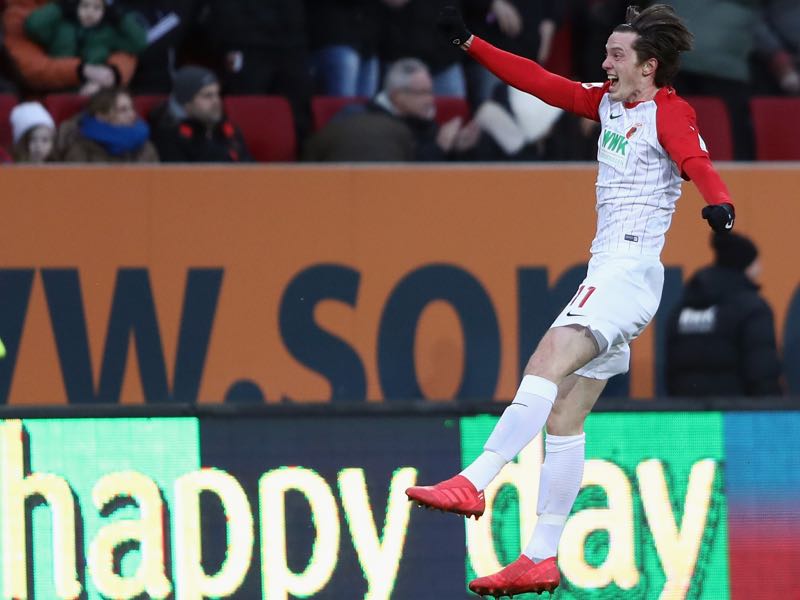 Robert Lewandowski has had a quiet day against Sevilla on Tuesday. Left off the scoresheet the Polish striker will likely now look to come up with a rebound performance against Augsburg on Saturday. Lewandowski has amazed an incredible 18 goals in 13 games against Augsburg. Furthermore, this season the striker has scored a goal every 75 minutes in the Bundesliga to come to a total of 26 goals scored in 26 games.