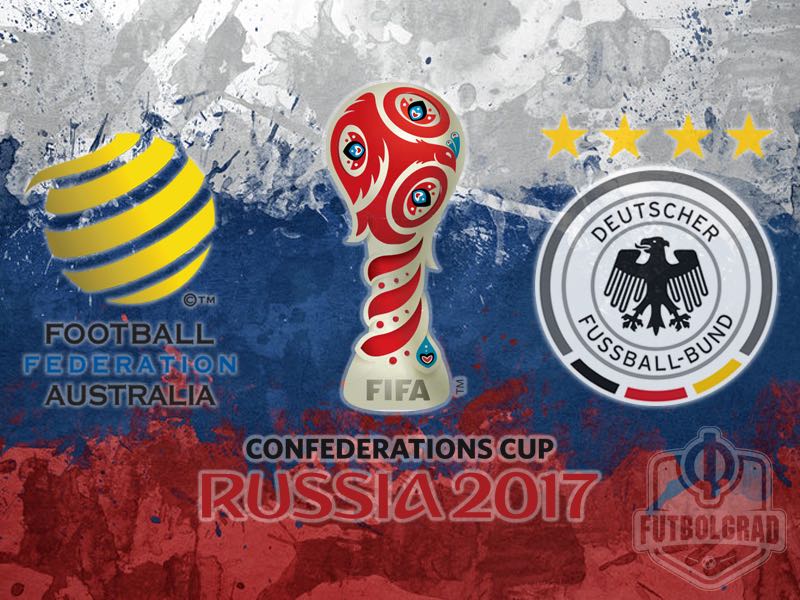 Australia couldn’t have asked for a more challenging start to their Confederations Cup campaign, an opening group match against World Champions, Germany, awaits on Monday. Although Germany have travelled to Russia with a relatively young squad, it is still littered with talent. Having leaked a goal inside 12 seconds to Brazil, in a recent friendly, the prospect of a wild German youth side looms large for Australia’s Socceroos. With spies in the camp, in the form of goalkeeper Mitchell Langerak and midfielder Mathew Leckie, they should be well briefed on the danger presented by this crop of Die Mannschaft.

Australia arrive in Russia by virtue of their 2015 AFC Asian Cup victory. Competing on home soil, the Socceroos eventually overcame South Korea 2:1 after extra time to claim their first Asian Cup triumph since leaving the Oceania Confederation on New Year’s Day 2006.  Their form over recent years has been steady, in their last 15 games they have reigned victorious on eight occasions. Drawing four times and only losing three fixtures—their recent defeat against Brazil, on 13 June, ended an undefeated streak of eight games stretching back 371 days.  Nestled in the highly competitive Group A of the Confederations Cup, the fixture against Germany marks the start of a testing run of games. Should the Australians leave the Olimpiyskiy Stadion with a positive result, they must then face back-to-back Copa America champions Chile, as well as African stars Cameroon—a tough, ask for any international side.

Joachim Löw certainly has an eye on the future as he takes an inexperienced, but talented, Mannschaft to the scene of next year’s World Cup finals. The current world champions will be keen for their fledgeling stars to gain an experience of playing in some of the stadia where they will most likely be based out of next year. Established players such as Mesut Özil, Thomas Müller, Manuel Neuer and Jérôme Boateng have been left at home, while Löw has opted for a mixture of youth and talent. Leverkusen’s Julian Brandt, Bayern’s Niklas Süle, and RB Leipzig’s Timo Werner all received senior call-ups.  While Germany place less emphasis on international friendlies—viewing them as a place to blood youth—they do tend to perform well at competitive tournaments.  Unbeaten in 2017, they recently faced Denmark, in a friendly fixture, and European minnows, San Marino, in a World Cup qualification match. Unsurprisingly die Mannschaft swept aside their opponents from the Italian enclave, running out 7:0 victors in Nuremberg.

Australia vs Germany – Players to look out for: 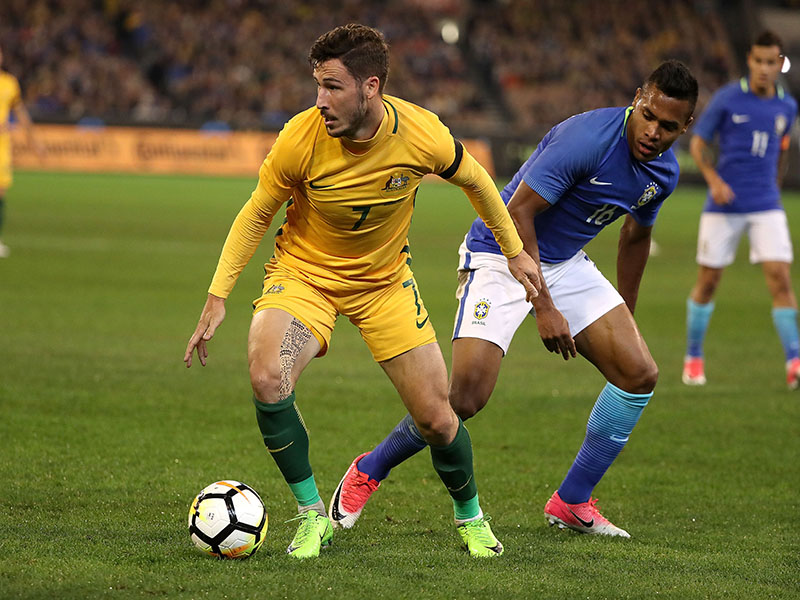 Mathew Leckie of Australia and Hertha BSC shields the ball during the recent match between Australia and Brazil at the Melbourne Cricket Ground on June 13, 2017 in Melbourne, Australia. (Photo by Robert Cianflone/Getty Images)

Leckie played 32 times for Ingolstadt last season. Unable to avoid relegation with the Bavarian club he performed well enough to earn a €3 million summer move to the German capital, Hertha Berlin agreeing on a deal which will see the midfielder move clubs on 1 July. With World Cup and Asian Cup, experience in the yellow shirt of the Socceroos the midfielder has represented Australia 41 times—notching five goals and three assists.  Scoring in back-to-back World Cup qualifiers earlier in the year he will no doubt relish the opportunity to face his many friends in White. A versatile midfielder he can play centrally, or on either flank. Strong in the air the 26-year-old also likes to run at opponents, taking them on and linking with those around him. 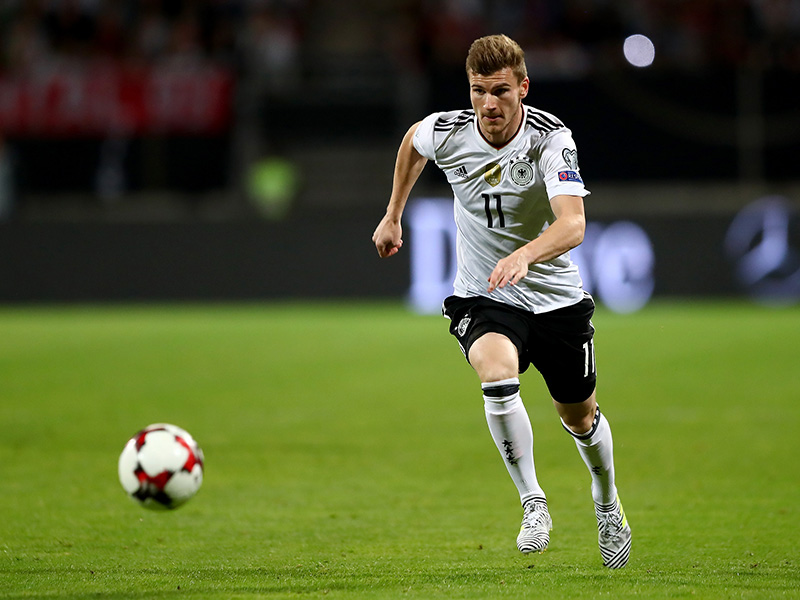 Timo Werner of Germany and RB Leipzig in action during the FIFA 2018 World Cup Qualifier between Germany and San Marino at on June 10, 2017, in Nuremberg, Bavaria. (Photo by Martin Rose/Bongarts/Getty Images)

Werner’s 21 goals in 32 games for RB Leipzig last season saw him rise from the edges of potential to the forefront of quality. His goal against champions, FC Bayern München, on the Bundesliga’s Matchday 33 epitomised his deadliness in front of goal this season. Werner featured seven times for the German U21 side, and scoring on three occasions; it was unsurprising to see him called up to the senior Mannschaft by head coach Joachim Löw.  Coming on as a substitute against England and recently against San Marino, he should be used to the tempo now required at senior national level. Deadly from outside the box, as well as inside it, this tournament could be the coming of age for the Leipzig star.