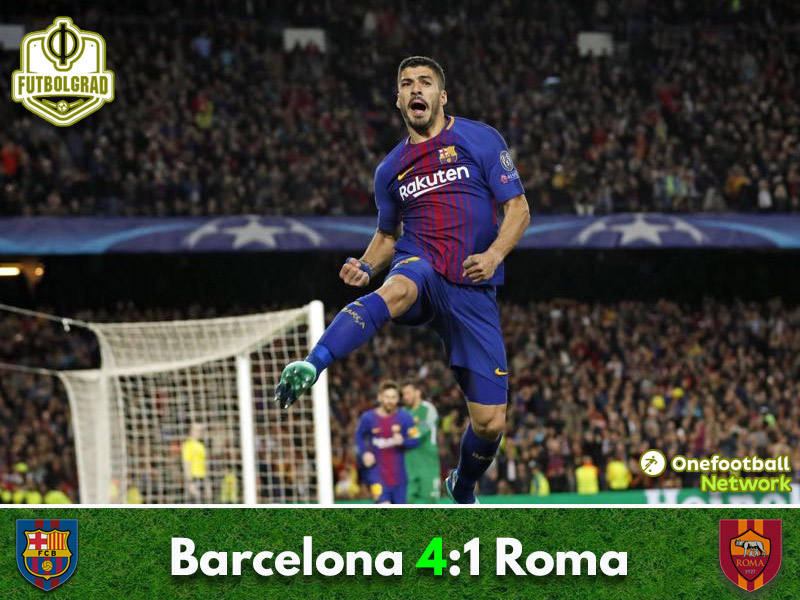 Barcelona v Roma was almost underbilled but both teams put on a show with the Catalans coming out on top with a 4-1 victory pre-booking their place in the semifinals.

The atmosphere was once again electric at the Camp Nou in Barcelona. But Roma, who have eliminated Shakhtar Donetsk to get to this stage, were unimpressed by the atmosphere and attempted right away to take the game to Barcelona. In the ninth minute, Edin Džeko was through on goal and was brought down in the box and could perhaps be given a penalty but referee Danny Makkelie waved play on.

The Catalans, however, are a dangerous side themselves and Ivan Rakitić had the first chance for Barcelona when his low curled shot hit the far post of Alisson goal in the 17th minute, and Luis Suarez squandered the rebound. Roma, however, kept Barca at bay allowing the Catalanas very little room to develop their attacking play. As a result, Barcelona were forced to take any chance they could get, and in the 27th minute, Suarez took a shot from a tight angle, which was well dealt with by Alisson.

Disjointed and lacking communication the Catalans could not find their rhythm against a well organised Roma side. It, therefore, took something inspirational to get Barcelona going and Andres Iniesta and Lionel Messi provided exactly that combining well outside the box Messi appeared to be through and Daniele de Rossi trying to break the play up poked the goal past his keeper to make it 1-0 for Barcelona in the 38th. Just two minutes later Roma were denied another penalty. Samuel Umtiti brought down Lorenzo Pellegrini right on the wide marker of the penalty box, the line belongs to the area, and a penalty should have been given, instead, Makkelie awarded a freekick, which Pellegrini hit against the wall. It was the last big chance of the first half as Barcelona took a narrow lead into the halftime break.

The second half had just begun, and Roma should have equalised. Being picked out by Alessandro Florenzi, Diego Perotti managed a free header in front of Marc-André ter Stegen’s goal, but his header was wide of the mark. One cannot leave out to many chances against Barcelona as the Catalans will punish you and they did precisely that in the 55th minute.

Rakitić found space on the right side and played a sharp cross into the box where Umtiti made a crucial touch which at first was stopped by Alisson, but the ball bounced back and hit Roma defender Kostas Manolas’ outstretched leg from where the ball crossed the line to make it 2-0. The goal opened the floodgates, and four minutes later Suarez was given the room to complete a low drive on the net, which was stopped by Alisson, but the rebound fell to Gerard Piqué, who had galloped up the pitch to join the attack, and the defender made no mistake to tap home the rebound.

The Italians seemed deflated for about ten minutes and then got back into the game. In the 78th minute, ter Stegen lost the ball on the  outer left edge of the penalty box to Stephan El Shaarawy, who quickly crossed the ball to Bruno Peres and the midfielder had a wide open net to score, ter Stegen had rushed back, however, and stopped the shot making up for his mistake. Two minutes later Roma got on the board with Perotti picking out Džeko inside the box, and the Bosnian made no mistake scoring with a close-range effort. But Barca quickly extended the cushion back to three with Denis Suarez finding Luis Suarez inside the box and the Uruguayan made no mistake scoring Barca’s fourth in the 87th minute. The goal capped off an incredible Barcelona display and almost certainly buried any hopes by Roma to find a way back into the tie when the game heads to Italy next week.

Barcelona’s defender Gerard Piqué had a brilliant game. The Spanish national team player scored Barcelona’s third goal after storming up the pitch initiating the buildup play and finishing it all off. Piqué completed 90.3% of his passes and won five of his six key duels. With his strong presence on either end of the pitch, Piqué was the key man for Barcelona’s success against Roma. 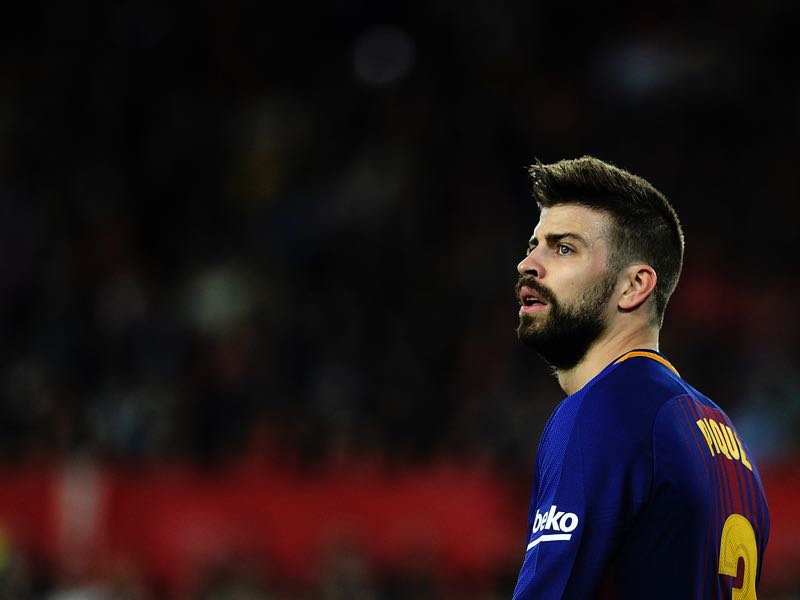 Dutch referee Makkelie denied Roma two clear penalties. Džeko should have been awarded a penalty in the ninth minute after being through on goal, and Umtiti fouled Pelligrini on the line of the penalty box, which belongs to the area, but instead of pointing to the spot Makkelie decided on a free kick. Both were close ties and hard to spot in the run of the play, but Roma will certainly look back on those two situations and wonder what could have been should the referee have decided differently.