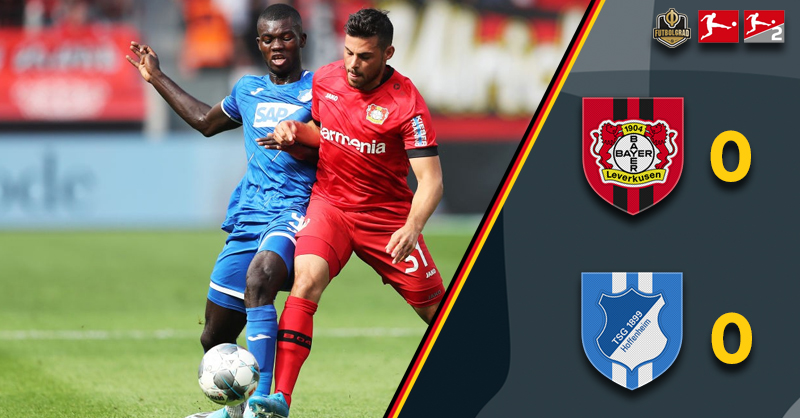 It didn’t take long for Leverkusen to start monopolising the ball with Leon Bailey looking to beat Stefan Posch on the left wing. Lars Bender and Karim Bellarabi were combining well on the right wing to keep the Hoffenheim defence on the back foot.

Ishak Belfodil beat Sven Bender and found Pavel Kadarabek whose shot hit Ilhas Bebou. Bailey was eager to take advantage of 1 on 1 situations against Posch but the 22-year-old responded with a crunching challenge on the Jamaican speedster.

Hoffenheim had a great chance to take the lead, Florian Grillitsch releasing Belfodil who chose to pass instead of shoot. It marked a short spell of possession for the visitors with the match tied 0-0 at half time. Leverkusen had enjoyed 76% possession and 9-1 shots but Oliver Baumann was not seriously tested.

Hoffenheim began the second half strong with Dennis Geiger releasing Belfodil who shot straight at Lukas Hradecky. The same due combined again with Belfodil heading Geiger’s free kick off target and it was clear that the Algerian was the go to man for the visitors.

The Posch vs Bailey battle saw Posch pick up a yellow card and moments later Bailey shot into the side netting. Belfodil saw another attempt go wide, Volland’s shot was deflected wide before Belfodil beat two defenders with his cross cleared.

The substitutions arrived in the 62ndminute with Lucas Alario on for Kevin Volland and Nadiem Amir replacing Kerem Demirbay for the hosts, Jurgen Locadia coming on for a tired Belfodil at the other end. Leverkusen created a great chance to take the lead when Bailey’s cross found Amiri at the back post but he volleyed over the bar.

Posch made a vital interception with Bailey about to pull the trigger before making another stop from Bellarabi’s long range strike. Kevin Akpoguma replaced Kadarabek as Hoffenheim tweaked their formation to a back four.

Locadia headed a free kick wide before shooting wide after some nice work from Bebou. The game came alive in the final 10 minutes, Sven Bender’s shot saved Baumann as Leverkusen pushed hard for a winner with Bellarabi looking most likely.

It was Hoffenheim with a great chance however with Geiger’s free kick headed wide by Akpoguma. Leverkusen regained control in the dying minutes, Havertz with a shot saved and Bellarabi heading in Amiri’s corner that was ruled out due to a collision in the box.

Bayer Leverkusen ended up with 75% possession and an incredible 19-0 advantage in corners. It matters little as Hoffenheim got the job done in an away performance that could become par for the course for Alfred Schreuder’s side this season. 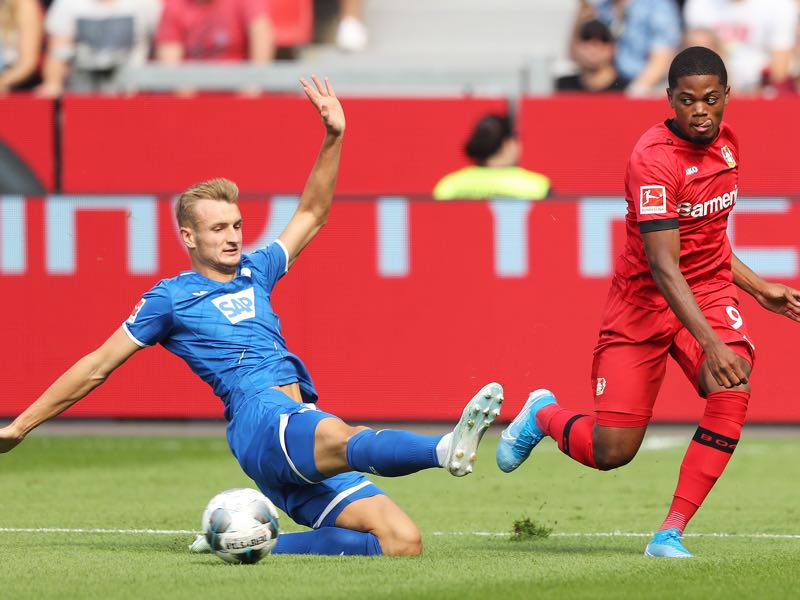 It appeared Posch was going to be in for a tough afternoon against Leon Baily but he held his own and was vital in Hoffenehim’s clean sheet. Credit where credit is due, he battled hard, picked up a card and made some vital interceptions.

Wasted a glorious chance in the first half but started the second half on fire and was close to breaking the deadlock. Still finding full fitness but is going to be an important player for Hoffenheim this season.

Central defender lost Bebou early on but bounced back and had a strong game. Brings the ball out of defence very well with a passing game to match.