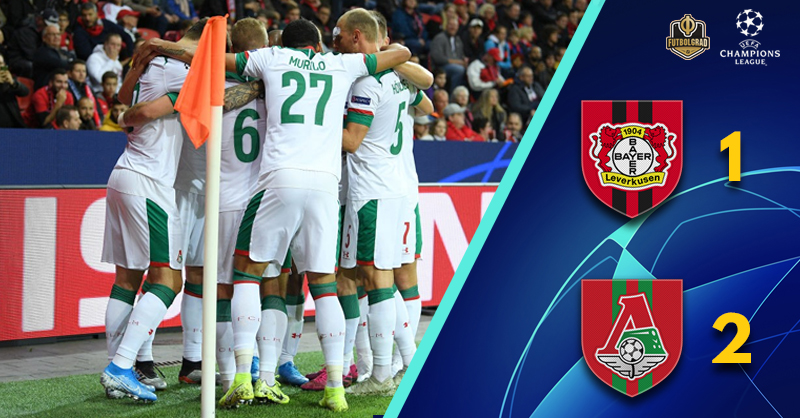 Peter Bosz suffers defeat as Bayer Leverkusen’s Champions League return gets off to the worst possible start at home against Lokomotiv Moskva.

Bayer Leverkusen started on the front foot, bossing the ball and creating the first chance that Kai Havertz scuffed straight at Guilherme. Lokomotiv were content to sit deep and wait for counter-attacking opportunities and mistakes.

They didn’t have to wait long, Wendell’s throw into Leon Bailey saw the Jamaican’s poor touch gift the ball to Joao Mario. The Portuguese midfielder released Grzegorz Krychowiak who shot past Lukás Hrádecky to give the Russian club the lead.

Jonathan Tah was next to produce a cheap turnover. Fedor Smolov raced clear with his shot blocked and falling to Rifat Zhemaletdinov who shot wide.

Leverkusen were finding it difficult to break through Lokomotiv’s midfield three but they got some joy out wide that led to their equaliser. Karim Bellarabi and Lars Bender combined with the right-back crossing for Charles Aránguiz, his shot deflected past Guilherme by Benedikt Höwedes.

Dmitri Barinov shot wide from the edge of the box after a slick move down Lokomotiv’s right-wing before more mistakes came from the hosts. Lukás Hrádecky’s loose pass gave Krychowiak another chance but he shot straight at Leverkusen’s shot-stopper.

Lokomotiv’s next goal was as embarrassing as it gets for Leverkusen. Another Hrádecky pass went wayward, Dimitri Barinov intercepting and firing into an empty net from distance with the keeper stranded.

Volland’s header just missed the top corner to end the first half but changes had to made.

Peter Bosz replaced Leon Bailey with Lucas Alario at half time, Volland moving to the left-wing and instantly creating chances.

His first cross was too deep, his second finding Bellarabi at the back post who set up Havertz who headed over from point-blank range. Alario had an effort saved at the near post as Leverkusen stepped on the gas.

Havertz and Volland both saw headers saved before Nadiem Amiri replaced Julian Baumgartlinger in the 71st minute. Amiri immediately produced a free-kick over the bar and Bellarabi shot at Guilherme from a tight angle.

Final thoughts from the BayArena. Teams are finally figuring out how to limit Havertz's impact. Careless mistakes hurt bad. 75% possession means jack if you don't create clear chances. Lokomotiv had a simple plan and it worked. pic.twitter.com/0WXkOX62AY

Bayer Leverkusen’s best chance to equalise came late on with Amiri’s shot saved by Guilherme. The ball spilt out to Havertz who raced in to finish it off, but the Lokomotiv keeper recovered and slapped the ball away for a corner.

A disappointing performance from Bayer Leverkusen in their easiest match of the group. With a trip to Moscow and doubleheaders against Atletico Madrid and Juventus to come, their hopes of reaching the knock out stage could already be over.

Full credit to Lokomotiv Moscow and their wily manager Yuri Semin, they had a plan, stuck to it, took their chances and held on for an important win. 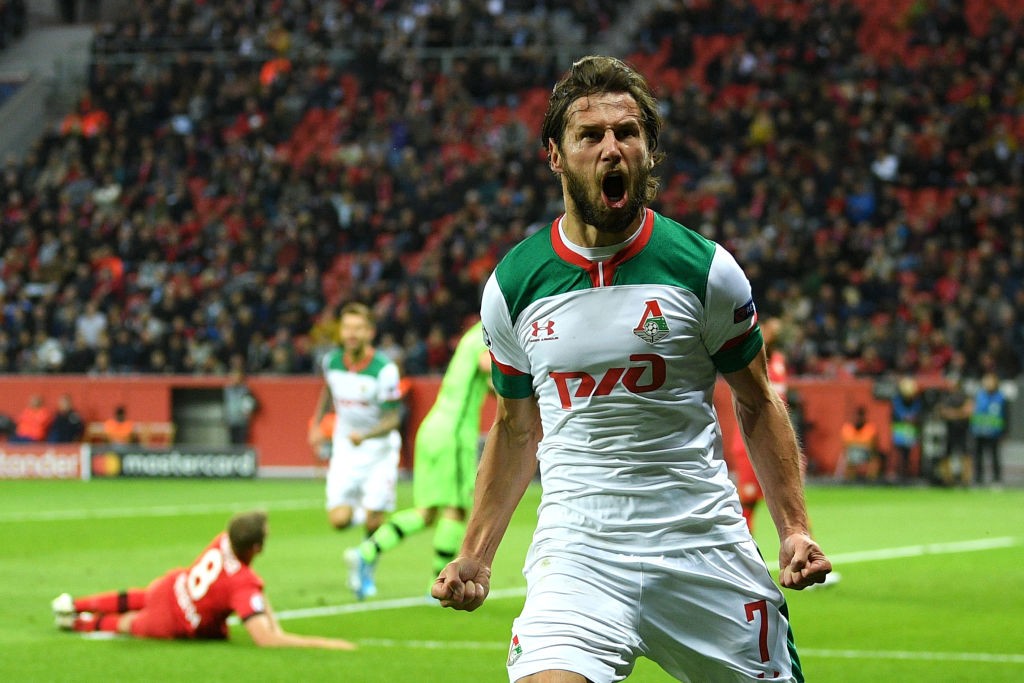 Grzegorz Krychowiak (Lokomotiv Moskva) Took his goal well to put Lokomotiv into the lead and was a big presence in the middle of the park. His positioning and awareness set him apart from most of his teammates and he was vital in his side taking three points from Leverkusen.

João Mário (Lokomotiv Moskva) Another player who showed his class, setting up Krychowiak for the opener and popping up in important areas of the pitch. Rarely wasted a ball and will be an important player for Lokomotiv this season.

Karim Bellarabi (Bayer Leverkusen) The winger had a great battle with Maciej Rybus, playing a part in Leverkusen’s equaliser and working tirelessly on the right-wing. Bellarabi delivered close to 20 plus crosses, but unfortunately for him and his team – none were able to produce a goal.