Two superb goals within moments of each gave Bayer Leverkusen and RB Leipzig a share of the points on offer Saturday afternoon. Emile Forsberg and Kerem Demirbay both on target and displaying attacking strikes of the highest order.

An early treat for those who like attacking football, as two of the Bundesliga’s most forward-thinking sides clashed on Matchday Two. After a cautious opening, this fixture came to life on 15 minutes thanks to a typical Leipzig break.

Emile Forsberg gave Lukas Hradecky no chance with a powerful shot that almost took the back of the Leverkusen net off. A neat drop of the shoulder allowed the Sweedish forward to create a yard of space he then exploited fully. With four goals and three assists in recent games against the Werkeself, it will have come as no surprise to Peter Bosz that Leipzig’s main threat opened the scoring.

Kerem Demirbay picked up the first yellow card of the afternoon – a late tackle on 19 minutes, but the midfielder made up for his indiscretion seconds later. Angelino’s poor clearance from the Leipzig area was pounced upon by Sven Bender – the defender then picked out Demirbay 25 yards from goal. The shot didn’t look on but the 27-year-old had other ideas, a superb strike from distance glanced the underside of the crossbar and the hosts were level.

The two goals brought the contest to life, and as the clock ticked towards the halftime whistle it began to replicate a basketball match – end to end with Leverkusen overcoming their initial nerves to end the half the stronger.

Forced into an early change on 27 minutes, after Yussuf Poulsen pulled up with an injury, Julian Nagelsmann opted to give Alexander Sørloth his first taste of Bundesliga action. But come halftime – and seeing his side lose the balance of play, the head coach decided to further firm up his attacking options.

On came Hee-chan Hwang for Kevin Kampl, and it almost paid immediate dividends – the visitors forward speed on show within the opening minutes of the restart. The South Korean broke into the box and picked out Dani Olmo but his snatched shot flew wide of Hradecky’s left post – the fixture took up its fast nature once again, there was no way these two sides could play out a dull encounter, their philosophies simply don’t allow it.

Leipzig looked to have seized control of the second half, but as the hour approached Florian Wirtz struck the post following a superb Leverkusen counter. The 17-year-old has been tipped for a bright future after the departure of Kai Havertz and Peter Bosz looks to be giving the teenager all the opportunities he can.

Christopher Nkunku tested Hradecky on 74 minutes, the Leverkusen ‘keeper pulled off a smart save from a whipped in freekick. His parry dropped to Hwang but the substitute could only get his foot under the ball – an empty net went begging as the ball climbed harmlessly over the crossbar.

Patrik Schick then thought he’d struck the winner with just over 10 minutes remaining, a wonderfully curled strike from 20 yards left Péter Gulácsi helpless, but the former RB Leipzig player was adjudged to be just offside. What a sting in the tail that would have given the afternoon’s story should it have counted. 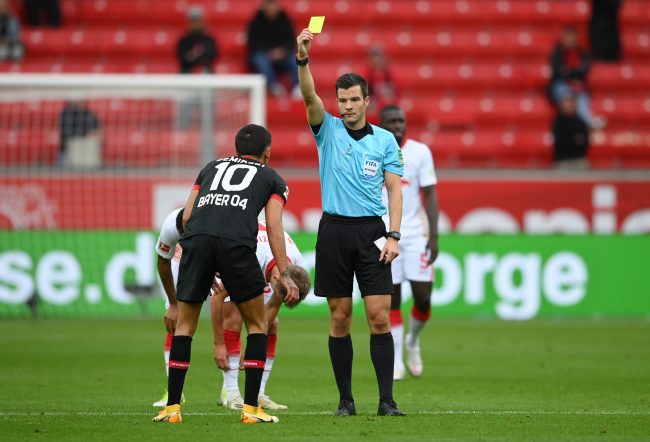 A wonder strike from the midfielder drew the sides level, but the goal was the icing on an all-round performance. At one point he seemed to be everywhere in the three central areas. Winning the majority of his ground and air duels, he provided the turnaround in play for the hosts when they looked to be in for a long afternoon after 10 minutes.

Back from injury, Forsberg looks to be loving life at Leipzig once again. Hungry for the ball he looked to drive the visitor’s attack at every given opportunity. A constant threat to Leverkusen all afternoon his finish typified his ability – pinpoint, precise and powerful. Taken off on 65 minutes to protect his fitness he showed that despite the departure of Timo Werner, Leipzig retain their attacking edge.

A solid home debut for the new forward, denied a goal in front of his new supporters thanks to a marginal offside call – but take nothing away from the finish, top level quality.