Bayern and Dortmund to battle over Brazilian starlet Victor Bobsin?

Bayern München could be about to enter the race for Gremio’s U20 star, Victor Bobsin according to Futbolgrad Live Network sources.

News broke Monday that Borussia Dortmund are interested in bringing the defensive midfielder to the Westfalenstadion – however, the Rekordmeister are also keeping an eye on the highly rated youngster according to sources close to the player’s management.

Bobsin was instrumental in Brazil’s under-17 World Cup campaign that took place in India during 2017. Starting all seven games he was fundamental to the Canarinho’s third-place finish at the championships. 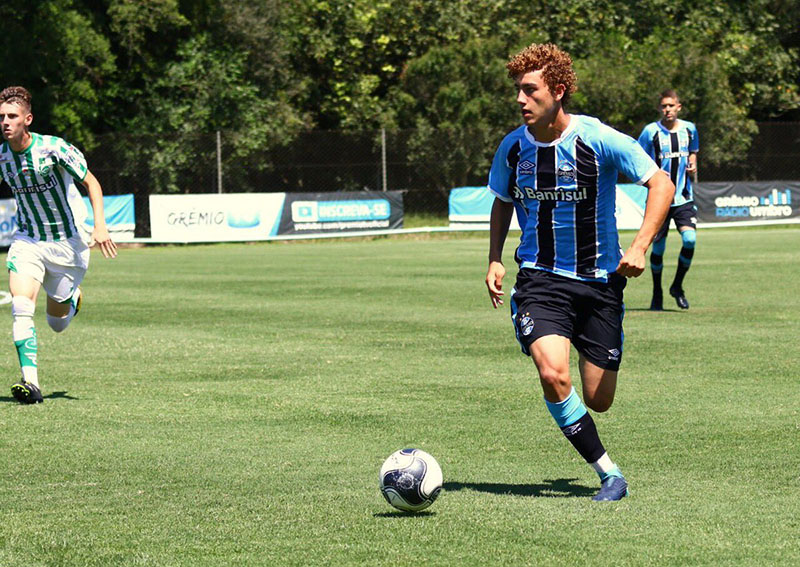 Originally a defender, it was the Porto Alegre academy staff who saw his potential further forwards. Under the guidance of the Imortal Tricolor the Brazilian has gone on to excel in the defensive midfielder role with the Série A academy side.

Bobsin’s position is one Bayern currently boast strength in depth. The Munich side signed defensive midfielder Sebastian Rudy last summer from TSG Hoffenheim, and the Bavarians can also call upon the services of Javi Martínez to fulfil the holding role.

Whilst the 18-year-old is attracting attention from across Europe, Bobsin told Globo Esporte he wishes to make an impact with the Gremio first team before departing for pastures new.

The German champions currently have two Brazilian players amongst their ranks and can cite a history of Seleção signings. None quite so dramatic as defender Breno, who left the club under a cloud in 2012. A conviction for arson saw the player receive a custodial sentence from the German courts, eventually returning to São Paulo in 2014.

Both Bayern and Dortmund may have to fend off interest from Spain, England and the Netherlands. Barcelona have already registered an interest whilst Manchester City and Ajax are also said to be tracking the player.