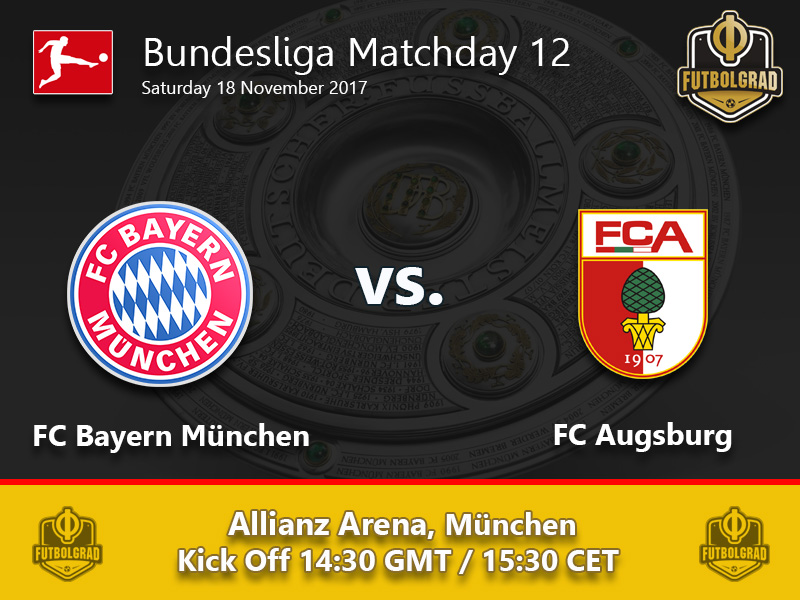 Coached by Heynckes Bayern have defeated both sides in recent weeks and are now in a perfect position to see out the title race. Furthermore, the return of the injured Thomas Müller and Frank Ribery in the coming weeks will give Bayern the necessary push towards the winter break. Heynckes, in fact, seems satisfied enough that he has declared that it might not be required to bring in a new striker given the current squad depth.

At the same time, Bayern still face significant challenges in the Bundesliga, Champions League, against Paris Saint-Germain, and in the DFB Pokal, against Dortmund just before Christmas, until the squad can take a breather over Glühwein and Lebkuchen. First, up will be Augsburg this Saturday, who have been one of the big surprise packages in the Bundesliga this season.

Widely tipped to be the number one relegation candidate Augsburg are currently in tenth place and just two points behind a Europa League spot. Coached by Manuel Baum Augsburg have the biggest squad in the league, but the head coach has been excellent fitting the individual pieces together to form a side that can surprise the big boys week in and week out.

Augsburg were, in fact, the last team that managed to keep a clean sheet against Bayern at the Allianz Arena on matchday 32 of the 2014-15 season. Since then Bayern have always scored at least once at home in every match, and it will be likely that this will be the case again this weekend as der Rekordmeister looks to dominate Augsburg.

Bayern München vs Augsburg – Player to look out for:

James Rodríguez will once again be given a critical position by Jupp Heynckes. Deemed possible surplus material after Carlo Ancelotti left James has quickly become one of Heynckes’ favourite players. Heynckes even considered James a potential replacement for Lewandowski as a false nine and named the Colombian as one of the reasons why Bayern may not become active on the winter transfer window. James has responded to the kindness by displaying a new work ethic and even told teammates that he could see a long-term future in Munich—retracting some of the earlier statements that he was unhappy at his new club. Against Augsburg, James will be once again played in his number 10 role behind Polish star striker Robert Lewandowski.

Trying to stop Bayern’s attacking machine is never easy. But Augsburg may have the man to do the job. Jeffrey Gouweleeuw is not only the nightmare of any commentator but also has established himself as a top Bundesliga defender. Head coach Manuel Baum even labelled Gouweleeuw the “top defender in the league at the moment”, and he is not all wrong. Gouweleeuw ranks fourth behind Schalke’s Naldo, Mainz’s Abdou Diallo and Bayern Mats Hummels in the kicker grade ranking. 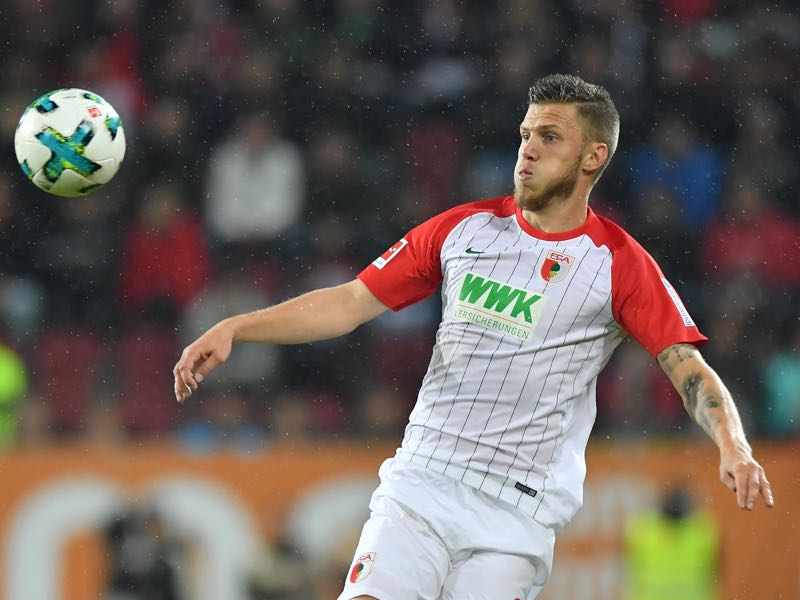 Jeffrey Gouweleeuw is one of the top defenders in the Bundesliga. (Photo by Sebastian Widmann/Bongarts/Getty Images)