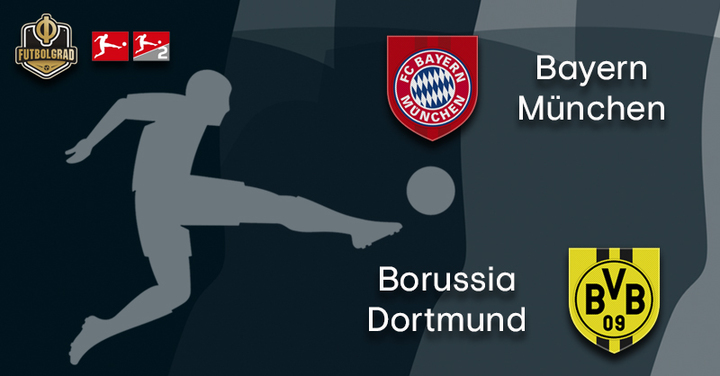 It is the biggest game in Germany. But by all accounts, Saturday’s Klassiker between Bayern Munich and Borussia Dortmund will be an unusual encounter. While Dortmund could theoretically catch up with first-placed Borussia Mönchengladbach, Bayern’s task is to narrow the gap to the Bundesliga leaders.

That was, however, not the only question on Friday in Munich ahead of the Klassiker. On Wednesday, after the game against Olympiacos, Arsène Wenger was rumoured to take over until the end of the season. Wenger wanted to work long-term in Munich, a scenario that did not work with Bayern’s vision. Bayern would like to sign a short-term solution and then go with a new coach next summer.

“Dortmund is the target for me now,” Flick said when asked whether he would consider himself an option to work until next summer for Bayern. For Flick, the focus is not the long-term but rather the Klassiker against Dortmund. “We want to win. That’s what drives the team and me. I feel the team is ready. Everything else does not interest me. … The club will make its decision.”

Although reading between the lines, there is certainly a chance that Bayern could work longer with Flick. Much will depend on how his team will react against Borussia Dortmund. The first reaction against Olympiacos on Wednesday was solid but nothing more against a mediocre Greek side.

For Flick, the most important factor against Olympiacos was to test his back four. Bayern have already conceded 16 goals in the first ten games this season, the most since the Jürgen Klinsmann era. “If we defend as a unit, we can prevent goals,” Flick said. But can a backline of Davies-Alaba-Martínez-Pavard stop Dortmund’s attacking football? “I’m an advocate of possession football and efficiency, but since we don’t currently have enough clarity in our game, we need ball control. It worked on Wednesday, but Dortmund are a different caliber.”

Dortmund are indeed a different calibre. The Black and Yellows had their mini-crisis earlier in the season but seemed to be back on track after wins against Gladbach in the Pokal (2-1), Wolfsburg in the Bundesliga (3-0) and the magic night against Inter Milan (3-2). The game against Inter, in particular, will provide some headaches for Flick. Based on the two halves (0-2, 3-0) Dortmund appeared to have struggled the first 45 minutes.

In truth, Dortmund were dominant throughout the 90 minutes and were just a bit unlucky to be behind two goals after 45 minutes. Carried by their fans, the Black and Yellows rectified the deficit dramatically. But can they bring that power to the Allianz Arena where Dortmund have not won since April 2014?

“Mats [Hummels] and Axel [Witsel] have already mentioned this, but on Saturday, we have to play fearlessly with full intensity,” sporting director Michael Zorc said on Thursday. “We haven’t done that in Munich the last few years, and we want to change that.”

On Tuesday, former Bayern defender Hummels told DAZN that he did not feel that Dortmund had the will to win the game against Bayern last season. “We at Bayern wanted to win, that was the difference, at Dortmund we have to have the same attitude for this game,” Hummels said about Bayern’s 5-0 victory over Dortmund last season.

In the meantime, it still remains unclear whether Dortmund will be with stars, Jadon Sancho and Marco Reus. “Marco Reus and Jadon Sancho’s availability for Saturday will be decided shortly,” Favre said on Thursday. “We still need to wait until tomorrow to be clear.”

Even without their two-star wingers, Dortmund sense opportunity ahead of the Klassiker. In particular, against a Bayern Munich side, that will be without defenders Lucas Hernández, Niklas Süle, and Jérome Boateng.

Bayern, on the other, hand seem to somewhat reluctantly accept the role as the underdog for this latest edition of the Klassiker. “We set the team to accommodate all possibilities,” Flick said. Nonetheless, Flick is also adamant that he can find a solution to counter what will be a strong Dortmund side. “90 minutes before the game, we’ll know who plays, and then we have time to do a final touch.”

On paper, this is Dortmund’s game to lose, even if they are without Sancho and Reus. That is where the biggest danger for Dortmund lies, the Black and Yellows have frozen in the past in the Allianz Arena, and the game is theirs to lose. As a result, Dortmund are under pressure to deliver. That can be a big opportunity for Bayern to collect three important points.

Bayern Munich vs Dortmund – Players to look out for:

Alphonso Davies is expected to make his fifth start in a row for Bayern Munich on Saturday. The Klassiker will be his most difficult task yet. Against Olympiacos, Davies had both good and bad moments on Wednesday. After the game, Flick pointed out that they would like to see more going forward from Davies. Germany’s Sueddeutsche Zeitung rightfully pointed out on Friday that Davies is no left-back but that Bayern have no other option in that position. “We analyze all the games with our players,” Flicks said. “Including Phonzie. I am optimistic that he can fulfill his role, even against players like Hakimi.”

Hakimi will be the player lined up against Alphonso Davies on the right. The right-back is technically speaking a defender but is very attacking minded in his approach. The hero against Inter Milan, the right-back scored two goals in his club’s comeback victory on Tuesday. “He did very well today,” Favre said after the Inter game. “Hakimi can sense an attacking situation on the field.” Hakimi is a dangerous player going forward and without a doubt, will provide an interesting challenge for the 19-year-old Davies. 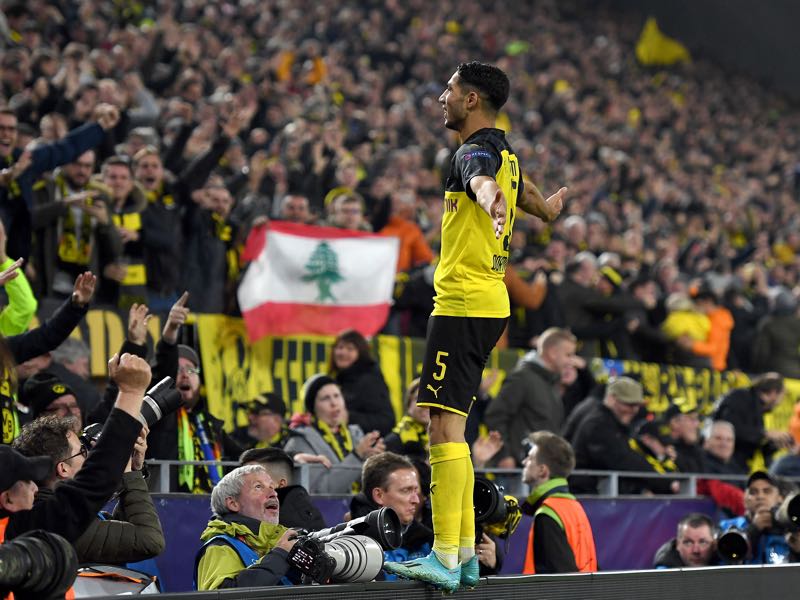