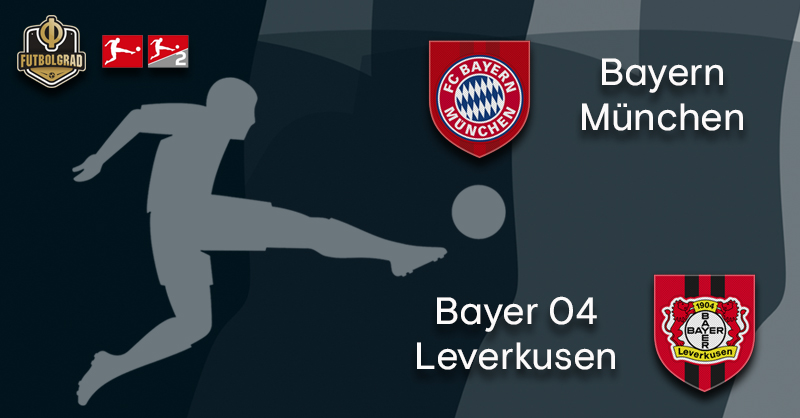 “Hansi took over three weeks ago, and we’ve seen an incredible run: 2-0, 4-0 and 4-0, as well as the highlight today, 6-0,” CEO Karl-Heinz Rummenigge said at the players’ banquet after the game. “It’s incredible. Besides the result, the quality is the main thing. All of us here enjoy our team’s football. I’d like to congratulate you and your colleagues, Hansi.”

Indeed it is not just the results but also how Bayern have played since Flick has taken over from Niko Kovač. Under the former assistant of Bundestrainer Joachim Löw, the confidence has returned to Bayern, thanks to a few small changes. Flick has moved Javi Martínez into central defence and Joshua Kimmich into defensive midfield. Two changes with a big impact, the Javi Martínez-Kimmich-axis has been the main reason for Bayern’s stability in recent weeks.

The small tactical changes are one thing; the handling of the players are another. Bayern has never truly been a club defined by its coaches. Instead, it is the players that determine the power structure of the club. A coach at Bayern has to be almost like one of the players; Flick understands this and, therefore, does not impose strict tactical measures onto his side.

Over in Leverkusen, Peter Bosz has more defined tactical principles. But Bosz seems to be slowly learning. At the beginning of his Bundesliga career, Bosz often sacrificed his side on the altar of attacking football.

In the Bundesliga, however, things have not been this straight forward. Leverkusen head into matchday 13 with a 5-4-3 record and coming off a 1-1 draw against surprise package SC Freiburg.

Nonetheless, Leverkusen players are optimistic ahead of the Bayern game. “[The game against Lokomotiv] was the perfect preparation,” goalkeeper Lukas Hradecky said on Tuesday. “The team always believed that something was possible,” Sven Bender said after the Lokomotiv game. Against Bayern Munich, Leverkusen will have to have the same attitude if they want to gain anything valuable on Saturday.

Bayern Munich vs Leverkusen  – Players to look out for:

Joshua Kimmich has been one of the main reasons for Bayern’s success under Hansi Flick. Like his former boss Joachim Löw, Flick sees Kimmich as a defensive midfielder. With Thiago struggling in recent weeks has moved the German national team player permanently between two number 8s. “For me, it is important to have a defensive foundation with a four-man defense and a defensive midfielder,” Flick said. Kimmich leads all Bayern players with 0.65 key passes played per 90 minutes, and with 84.3% completed passes, he is second only to Corentin Tolisso (85.55%) this season. 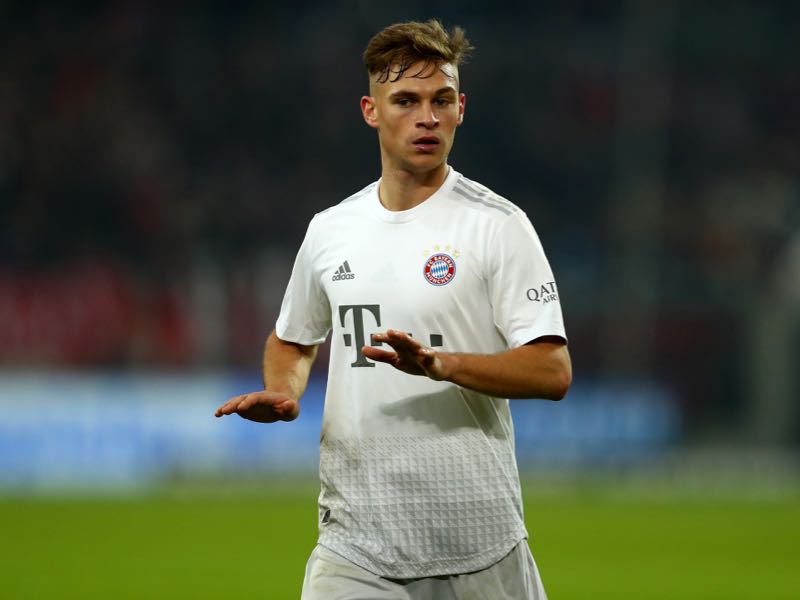 Joshua Kimmich of Bayern Muenchen is seen during the Bundesliga match between Fortuna Duesseldorf and FC Bayern Muenchen at Merkur Spiel-Arena on November 23, 2019 in Duesseldorf, Germany. (Photo by Lars Baron/Bongarts/Getty Images)

“I don’t like to talk about individual players, but today you could see Charles’ value for the team,” Peter Bosz said after the Chilean made his comeback against Gladbach in November. The defensive midfielder is the head of the team. “Charly is perhaps not the fastest in the squad, but he thinks the fastest,” Bosz said. The 30-year-old is highly regarded in Leverkusen, but his contract will expire at the end of the season, and Aránguiz has a contract offer from Internacional on the table. Leverkusen would like to keep their midfield strategist, who will be the most important player on the field on Saturday for the Werkself. On Thursday reports, however, emerged that Bayer had signed River Plate midfielder Exequiel Palacios from River Plate, a sign that Aránguiz is on his way out? 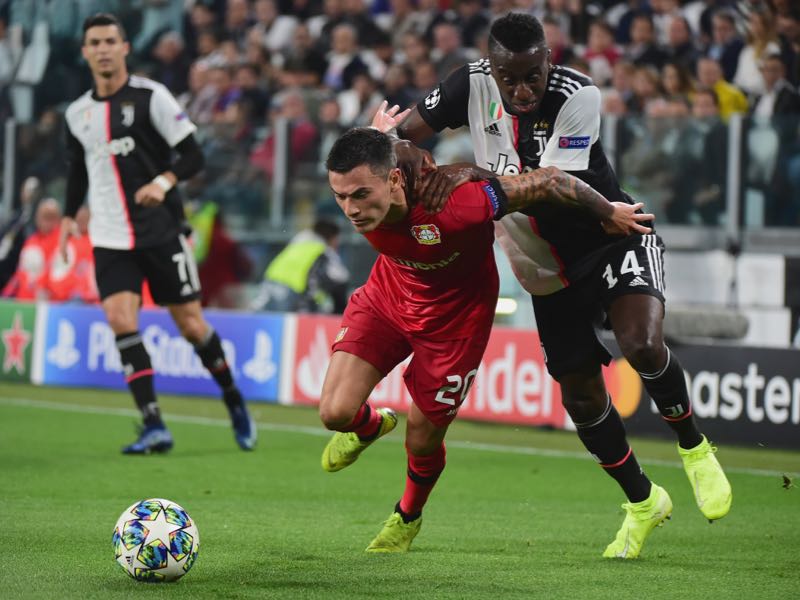 Charles Aranguiz of Bayer Leverkusen battles for the ball with Blaise Mautidi of FC Juventus during the UEFA Champions League group D match between Juventus and Bayer Leverkusen at Juventus Arena on October 1, 2019 in Turin, Italy. (Photo by Pier Marco Tacca/Getty Images)