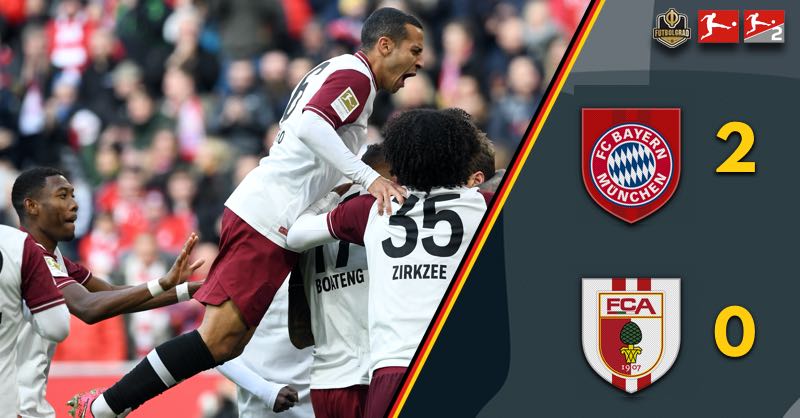 One week after the events in Sinsheim, Bayern wanted to shift the focus back onto the pitch. But while their on-field performance against Hoffenheim one week ago was fantastic, Bayern struggled the first 45 minutes. The Rekordmeister did not record a single shot on goal against Augsburg. The Fuggerstädter did well to break down Bayern attacks and also look for an opening to attack themselves. It took until the 45th minute for Bayern to create a chance, Thomas Müller missing the target with a shot from inside the box.

Finally, in the 52nd minute, the deadlock was broken by Bayern. Jérôme Boateng picked out Müller’s run into the box, the forward then beat goalkeeper Andreas Luthe with a one-touch shot. Joshua Zirkzee (65′) and Philippe Coutinho (69′) could have doubled the lead, but both time, Luthe produced fantastic stops to keep the score close. With the game close, Augsburg had chances, but Manuel Neuer was on guard and came up with a big stop in the 80th minute to keep out Florian Niederlechner. In the 90th minute, Niederlechner thought he had the equalizer, but the striker was offside by the tightest of margins, and the goal was called back. Instead, Leon Goretzka doubled the lead on the other end of the pitch, sealing the deal for Bayern. 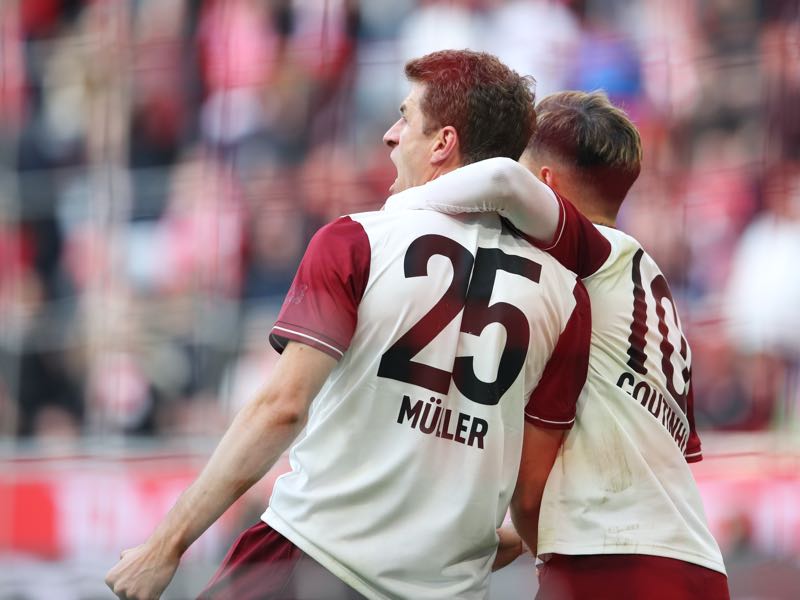 Thomas Müller continues his fantastic form for Bayern Munich. The forward has now scored six goals and 16 assists this season. Despite his fantastic season, Müller is kept out by national team head coach Joachim Löw. Given his current form, denying Müller a spot seems inconceivable at this stage, however.

The Spaniard had an excellent performance. Thiago had 121 touches and completed 87.5% of his passes. Nine of his 13 long balls found the target, and he won eight out of his 11 ground duels.

Luthe had an excellent game. Augsburg’s number one made several key stops to keep the game close. It was only thanks to Luthe that Augsburg had a fighting chance against the Rekordmeister.

It was not pretty but Bayern got the job done without their top striker Robert Lewandowski. The Rekordmeister made the most out of RB Leipzig dropping points on Saturday and are now four points clear at the top of the table.

Augsburg, in the meantime, put up a strong resistance and might feel that they should have walked away with something from the game. Ultimately, the Fuggerstädter lacked efficiency to secure a point at the Allianz Arena.