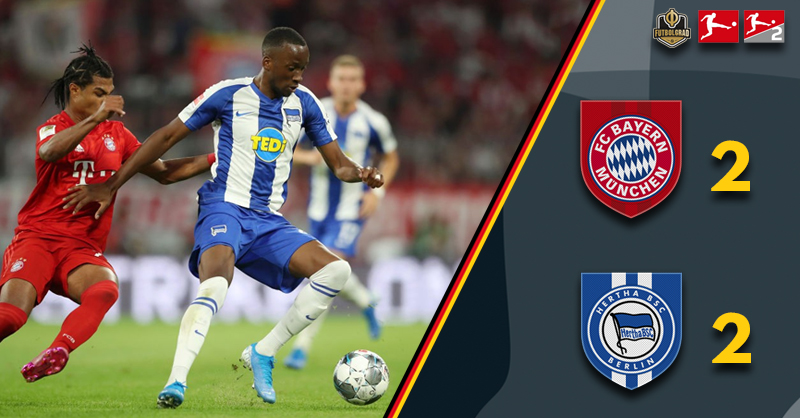 It was good football from Bayern early on as they played quick vertical football with plenty of overlapping runs and one of those runs led to the opener in the 24th minute. Serge Gnabry was given to much space on the right, and his cross found Robert Lewandowski with space to score inside the box. Bayern were dominant, but out of nowhere, Dodi Lukebakio scored the equaliser in the 37th minute. The Belgian casually drifted forward, and his shot from 24-yards was deflected past keeper Manuel Neuer to make it 1-1. Then just two minutes later Hertha took the lead, Marko Grujić breaking away, rounding Neuer and slotting it home for the lead.

Bayern looked to respond in the second half. Finally, in the 58th minute, Bayern were gifted a chance by Hertha. Grujić brought down Lewandowski behind the play, initially missed by the referee the VAR team picked up the incident and Lewandowski stepped up to score the goal from 12-yards out. Following the goal, Bayern put on the pressure but lacked the creativity to break down a tightly woven Hertha defence. Gnabry perhaps came the closest but his shot in the 84th minute zipped over the crossbar. Bayern would have perhaps deserved the win but lacked the creativity to win the game. 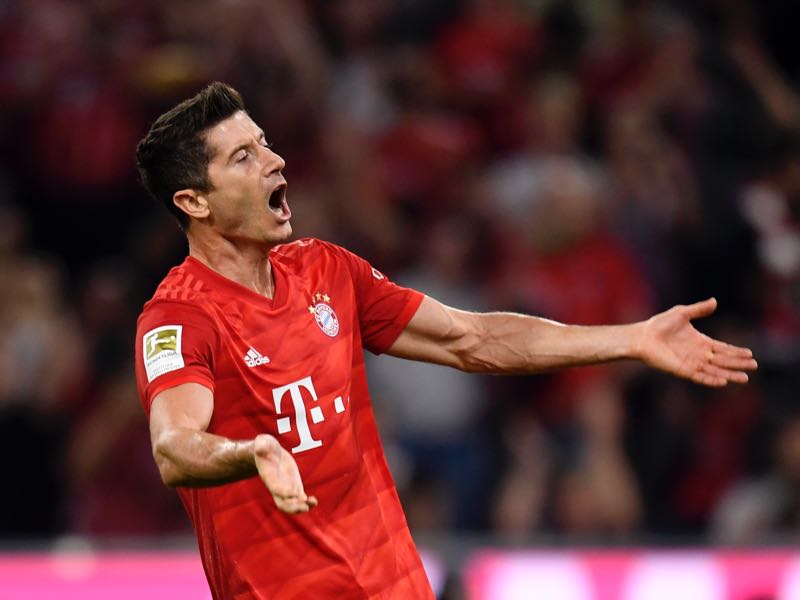 The striker scored once again on a season opener and now holds the record for the most goals scored in a season opener with seven goals. The Polish forward then also provoked Grujić into a foul inside the box and then stepped up to score the penalty to make it 2-2. Lewandowski has been very critical in the offseason when it came to the club’s recruitment on the transfer market, and the striker backed his words up with an excellent performance on Friday.

Dodi Lukebakio loves playing in Munich. The Belgian forward scored three goals for Fortuna Düsseldorf in his club’s 3-3 draw at the Allianz Arena last fall. He added another goal today, which puts him level with Cristiano Ronaldo and Markus Rosenberg when it comes to goals scored against Bayern in Munich. Overall, Lukebakio was identified as potentially the biggest signing made by any club outside Germany’s top four this season—an impression the forward underlined today against Bayern.

Grujić was the tragic hero on Friday night. The Serbian midfielder on loan from Liverpool scored a fantastic goal to give Hertha the lead despite suffering a head injury in the buildup. Then in the second half, he needlessly brought down Lewandowski inside the box. With the ball nowhere near there was no need to tear down the Polish striker and with VAR in place his blackout meant that Bayern were handed a penalty.

Just before kickoff news leaked that Bayern were on the verge of signing Brazilian attacking midfielder Philippe Coutinho from Barcelona. The news, if true, would be welcome among Bayern fans, who are worried that this side lacks both depth but also the ability to break down defensive sides. The result also will put plenty of pressure on Kovač and his coaching staff. Hertha, in the meantime, once again with an excellent performance against Bayern.