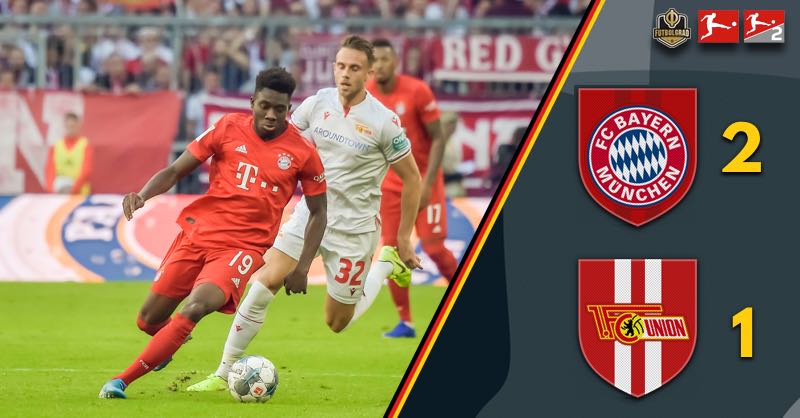 Davies with the start, Lewandowski with the record, Bayern win 2-1 against Union Berlin

Bayern Munich took control of the game right away and in the 15th minute, took the lead. Union Berlin keeper Rafal Gikiewicz produced a poor clearance after a cross from the right, the ball fell to Benjamin Pavard, and his volley from outside the box hit the empty goal. A goal down Union Berlin, however, did not change their tactics and continued to sit deep, making it difficult for Bayern to penetrate the final third with speed. As a result, it was a slow first half with very few goal chances on either end.

Finally, in the 53rd minute, Bayern found a way through. Alphonso Davies broke forward on the left, combined with Kingsley Coman, who spotted Robert Lewandowski, the Polish striker forcing his way in the box to score from short distance. Four minutes later, Union Berlin had a chance to get back into the game. Ivan Perišić played the ball with his hand insight the box and, after a VAR review Union, were awarded a penalty. Manuel Neuer, however, saved Sebastian Andersson’s penalty. But Union Berlin were kept alive by Bayern’s poor finishing and in the 85th minute were on the board when Sebastian Polter converted a penalty after being brought down in the box by Pavard. But Union’s tank was empty, allowing Bayern to see out the game. 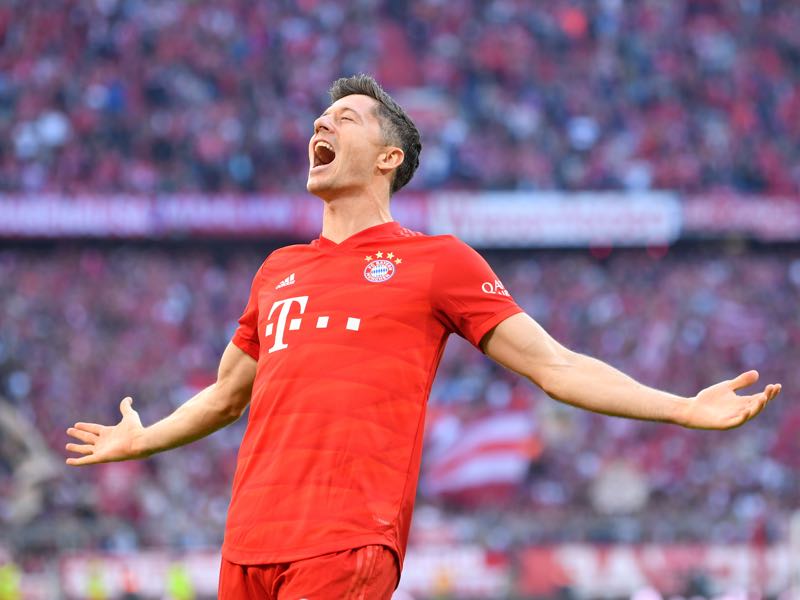 The Canadian had a good game playing out of position. Not a natural left-back Niko Kovač started the Canadian national team player in the back-four with the expectations that he would help push up on the left, making overlapping runs that would unhinge Union’s defence. But Davies at times was a bit too timid, not utilizing the space granted by Union’s backline enough. A great example of what Bayern fans want to see from the 18-year-old? The run ahead of Lewandowski’s record-breaking goal. Davies will ask himself whether he has done enough to woe Kovač into giving him more chances going forward.

The striker came on in the second half and had an immediate impact for Union Berlin. The striker was brought down in the 85th minute by Pavard inside the box to create a penalty. Polter then stepped up himself to convert from the spot. With Polter on the field Union, in general, seemed more aggressive, highlighting that there was perhaps a bit more in it than a narrow defeat for the Eisernen.

It is all about the three points for Bayern after five games in a row in which the club conceded two goals. But at the same time, Kovač’s side continues to struggle when it comes to keeping a clean sheet.

Furthermore, only Lewandowski seems to be scoring consistently for his club. That will be a worry for the club going forward. What happens should Lewandowski no longer find the net consistently, or worse, go down with an injury?