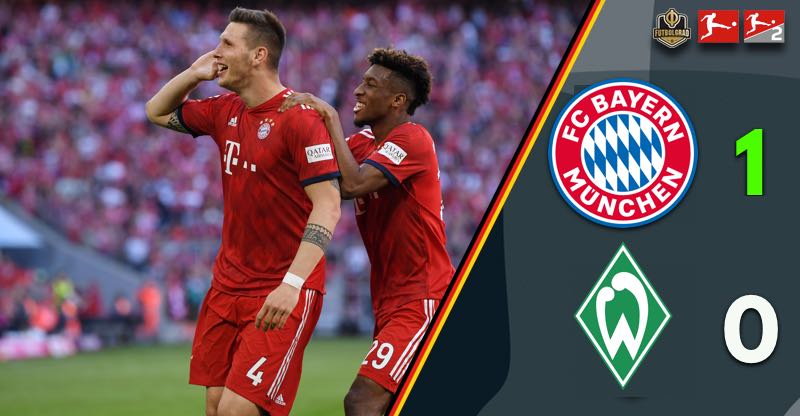 Bayern break down Werder and put pressure on Dortmund

Bayern v Werder Bremen is one of the oldest duels in the Bundesliga. But in recent years Bremen have been cannon-fodder for Bayern, today Bayern still won but Bremen managed to keep this close despite being a man down.

Both sides started the match carefully probing one another. Werder Bremen did not make the mistake of past incarnations to sit deep and give Bayern control of the game.

Instead, Bremen attempted to counter-press Bayern. Hence, it was a tactically interesting game to start with, at the same time the two teams nullified one another and it took until the 26′ minute for Bayern to produce the first chance of the game.

Thiago looped a ball over Werder’s backline and Serge Gnabry took the ball on with the back to the goal quickly turned and unleashed a low drive, Pavlenka was down and tipped the ball around the post with his right foot.

Bayern now started to control possession but at the same time struggled to find a way through Werder’s defence. As a result, the two clubs went into halftime scoreless.

It was only thanks to Pavlenka that Bremen stayed in the game at this stage. Serge Gnabry had a shot blocked by a Bremen defender in the 52′, then Pavlenka had to make a big stop in the 54′ minute against Gnabry and then in the 56′ minute against Robert Lewandowski.

Things went from bad to worse for Bremen at this stage very quickly. In the 58′ minute Veljković was sent off with a second yellow card after hitting Niklas Süle’s face with an elbow during an aerial battle just outside the box.

Both coaches now made changes. Florian Kohfeldt brought on Sebastian Langkamp for Kevin Möhwald to play with five in the back. Meanwhile, Niko Kovac took off Javi Martínez and added the more forward-minded Leon Goretzka.

Pavlenka continued to be the man of the match up to this point. The Bremen keeper kept Müller from scoring in the 69′ minute and then was lucky in the 70′ minute when Müller missed the wide-open net with a header from just a few yards out.

Bayern continued to produce chances and in the 75′ minute finally found a way through. The goal came from an unlikely source. Niklas Süle pushed forward received the ball and smashed it towards goal and thanks to a deflection by a Bremen defender the shot beat Pavlenka to make it 1-0.

One man down and now a goal down Bremen had a mountain to climb. Meanwhile, Bayern could not build on the lead despite creating further chances. Nonetheless, it was enough for the Bavarians, who just needed the one goal to secure the three points.

Jiri Pavlenka was the man of the match. The Czech keeper came up with several stops to keep Bremen in this game for more than 70 minutes. The Werder Bremen goalkeeper kept Bremen in the game and was only beaten thanks to a big deflection by one of his own defenders. 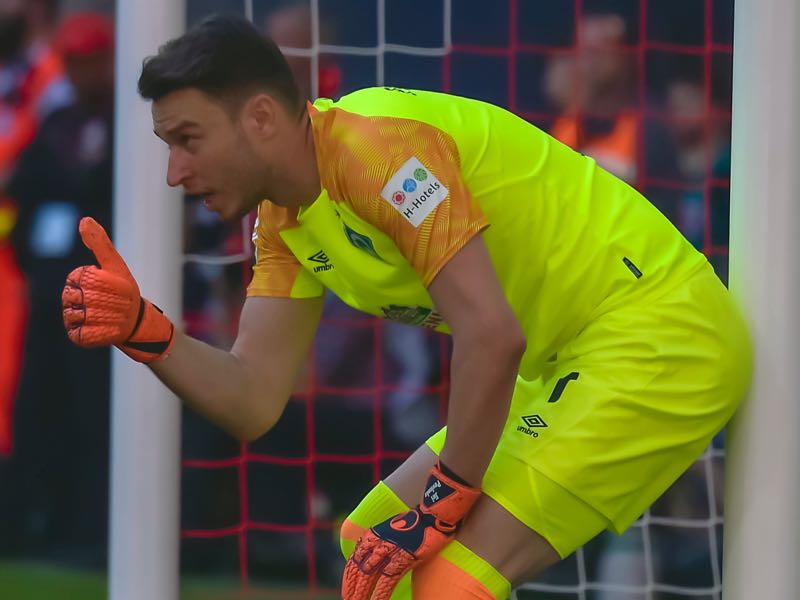 Bayern with three big points in the Bundesliga title race and will now be four points ahead of Dortmund, who play on Sunday. But despite their dominance over a ten-man Bremen side struggled at times in this game. The two sides will now meet again on Wednesday in the DFB Pokal and Werder kept it close throughout the 90 minutes in this one and will now have the perfect game plan for their next meeting.