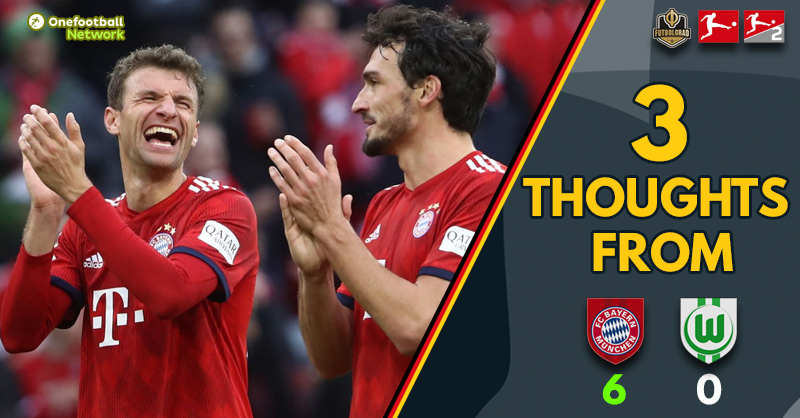 Joachim Löw and an act of defiance

Kovac was hoping for an act of defiance by the likes of Müller, Hummels and Boateng and got precisely what he asked for.

In general, the debate about whether Löw made a mistake about definitely excluding the trio going forward will rage on for some time. The performance by the trio on the pitch, however, spoke for itself.

Thomas Müller had a goal and also assisted Serge Gnabry’s opening goal. Müller, in particular, voiced his discontent with Löw’s decision and underlined his value, when on form, for Bayern and potentially also the national team.

In defence, Boateng and Hummels were flawless. Boateng played 92.2% accurate passes and had 47 touches. Meanwhile, Mats Hummels was a bit less accurate with his distribution (81.3%) but also played a more offensive role. Both managed to help withstand Wolfsburg’s early challenge. Overall, all three have led actions to speak louder than words on the pitch following the Bundestrainer’s decision.

A signal to Liverpool

Speaking of actions. Bayern’s result will also have raised some eyebrows at the Mersey. The Rekordmeister will host the Reds on Wednesday at the Allianz Arena.

They will have to do so without Joshua Kimmich but will perhaps have Kingsley Coman at their disposal, who could replace the still banned Thomas Müller. Statistics already favour Bayern after the 0-0 draw. 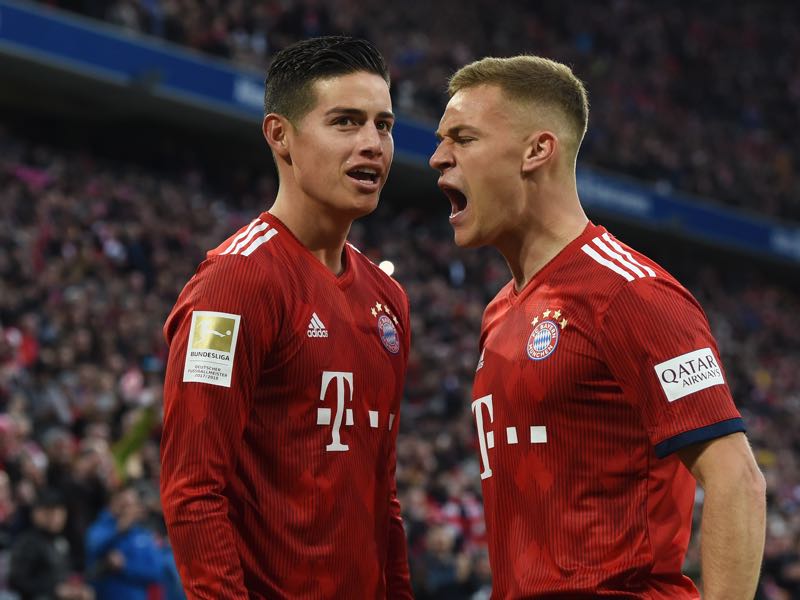 The 11 goals scored in the last two Bundesliga games against sides from the top half of the table further add to the Bavarian’s confidence. Of course, Liverpool will provide a different challenge than Wolfsburg or even Gladbach. But the confidence in the Bavarian capital is sky high, and with spring just around the corner, this is the time in which Bayern usually excel.

Speaking of excelling during springtime. Bayern’s 6-0 hammering of Wolfsburg also means that the Bavarians are back on top of the table for the first time since matchday 6.

It is a remarkable achievement given that Dortmund were seven points clear on matchday 20. “We played a very, very good game. We are now where we want to be, at the top. And that’s where we want to stay,” Kovac said after the game.

“I’m very happy with the performance today. We never got in trouble. We could and should have scored more goals. Today was a confirmation of the Gladbach game last week. But nothing is won yet, we still have many games to go,” Kovac added.

Kovac is of course right. Bayern are not champions yet. Furthermore, no Bayern side has ever won the title after being down by seven points following matchday 20.

Hence, there has been plenty of talk about the start of a brilliant title race. But in truth, the title race was only on until Bayern caught up with Dortmund. Looking at the schedule until the end of the season Bayern do not face a major challenge after the Dortmund game on April 6 until matchday 33 when they travel to RB Leipzig, they then host Eintracht Frankfurt on the final day of the season.

Dortmund, in the meantime, have to travel to Munich and still face Schalke in the Revierderby. Matchday 34 sees Dortmund travel to Gladbach. But by then the title race could well be over with Bayern unlikely to be dropping many, if even any, points until the end of the season.