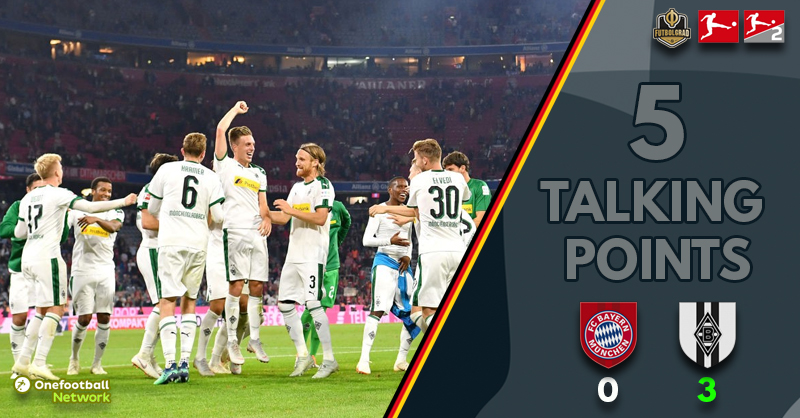 MUNICH — Bayern vs Borussia Mönchengladbach is the original Klassiker and tonight another spectacular chapter was added to the history of this matchup. Bayern dominated the match, but Gladbach scored three unanswered goals to walk away with a brilliant 3-0 victory.

Here are three thoughts from Bayern vs Borussia Mönchengladbach:

Bayern vs Borussia Mönchengladbach: The Spain phenomenon has arrived in Germany

Bayern had all the possession, but Gladbach scored the goals. But der Rekordmeister was unable to capitalise from 72% ball possession and 14 shots on goal.

It is old wisdom that it does not matter how much possession you have but what you do with the ball. Bayern and Gladbach had three shots on goal each but die Fohlen were more efficient scoring on all three of those shots.

“I am not helpless. It isn’t helplessness, helpless means not knowing what is going wrong. It is a reality at the moment,” Kovac told the press.

“We started well. Then the same happened as it was the case against Augsburg, Hertha and Ajax. We made individual mistakes. The goals against us cost us security. Gladbach were excellent shutting down the two wings. Hence, we have to live with that defeat”, Kovac summed up the match.

What is going wrong for Bayern? On paper, the Bavarians are still dominant. Furthermore, their game plan is no different than it was in the last few years. They have been predictable for years – the difference, however, is that Bayern now lack the athleticism, power and speed to capitalise from their match plan.

Hence, Bayern are caught by a similar phenomenon that Spain and Germany experienced at the World Cup. Their dominance is no longer enough to win games.

Bayern vs Borussia Mönchengladbach: Lack of depth is showing for Bayern

Bayern have a depth problem. Niko Kovac only has 16 healthy field players at the moment. Furthermore, David Alaba went down with an injury in the second half of the match.

“I spoke to David briefly. I think it could be a strained muscle, but we need to see what the tests say,” Niko Kovac told the press after the match.

“It is exactly what I was afraid of. Now we have no wing-backs left. That is annoying because we have many injured players,” Kovac added. Kovac directly points towards lack of depth in the squad. 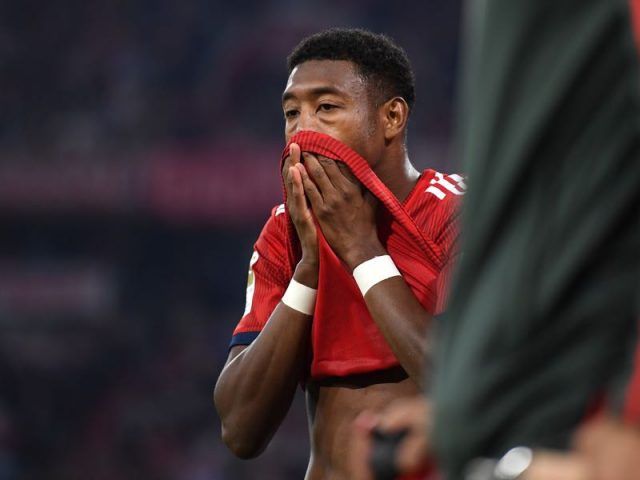 With David Alaba out Kovac was forced to rotate the squad. Joshua Kimmich moved from the right to left, and Leon Goretzka was pushed back to play left-back. In retrospect, it may have been a mistake to sell Juan Bernat to Paris Saint-Germain and not bring in additional wing-back last summer.

Whether Bayern will correct this mistake in the winter remains to be seen. New signing Alphonso Davies played as a wing-back for his current club the Vancouver Whitecaps at times last season. But whether Kovac will be satisfied by playing an in the Bundesliga untested 18-year-old in that position is doubtful.

One of the questions that was asked at the post-game press conference was whether Kovac is having patience with the young players. It was a question that caused some confusion with Bayern’s head coach: “Are you of the opinion that they did not well play?”

“I don’t think young players are responsible. Look at Gladbach they have young and older players. It is about playing well, hence it isn’t about the young players,” Kovac said quickly right away deflecting any blame from Serge Gnabry, Leon Goretzka and Renato Sanches.

⚽️Lack of depth and squad age the biggest problems for #Bayern

Perhaps the question should have been voiced a bit different. Do Bayern need to get younger? With an average age of 27.3 Bayern have the oldest squad in the league ahead of FC Schalke 04 (26.4).

Recent weeks have shown Bayern need to get younger to continue their dominance of the league.

Alassane Plea cannot stop scoring. But this time he did it from a new position.

Dieter Hecking moved Plea from the centre to the left. It was a trick that worked wonders. With the extra room provided to the striker on the left wing, Plea was able to score the opener with a low curled shot in the 10′ minute of the match. 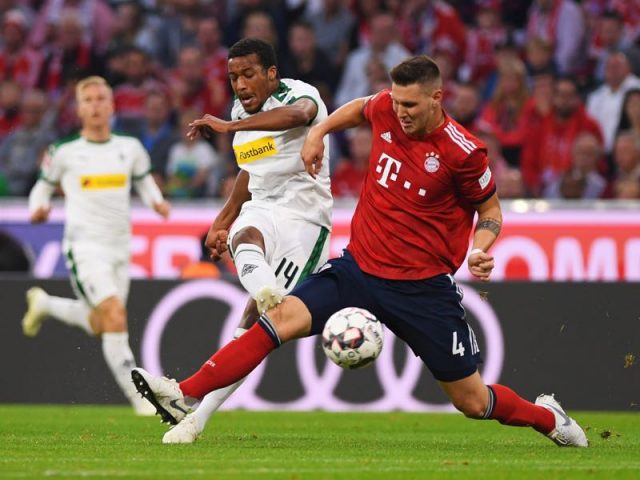 For years Gladbach have scouted for a real number nine, and with Plea, they have not only signed a true number nine but also a forward, who can play several positions at once.

The result, five goals in the first seven games. A fantastic statistic for the Frenchman, who together with Hertha’s playmaker Ondrej Duda is second in the Bundesliga goalscoring chart.

“I tricked the press with that one. I wanted to have a player who can hold the ball. The other forwards are players that go deep. Lars [Stindl] can play on the number nine like he did with Germany at the Confederations Cup. It worked well,” Dieter Hecking explained with a smile on his face after the game. 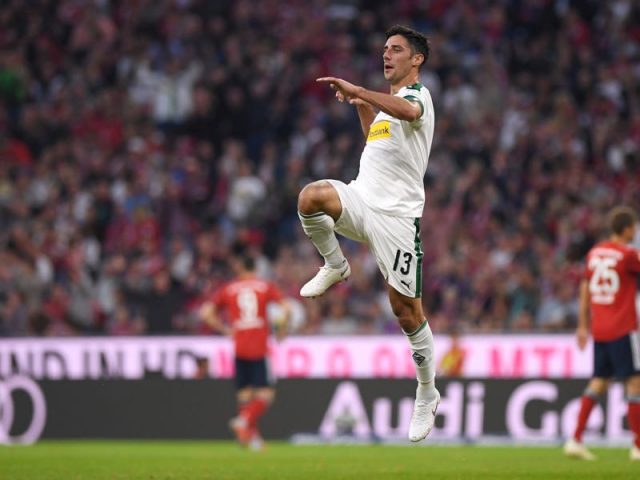 Hecking had surprised Kovac by starting Lars Stindl, who was doubtful to start the match after missing the World Cup and all of the preseason with an injury. There were indications that Stindl could feature at some point during this match. But Hecking had told the press that he would not start earlier this week.

The head coach, however, was not entirely truthful. Stindl did not only play, but he also started doing so as a true number nine. As a result, Plea was moved to the wing, which caused all sorts of problems for Bayern’s back four as Stindl was excellent when it came to holding on the ball, distributing and scoring.

Stindl was brought off after 66 minutes but was the man of the match nonetheless on an evening that Gladbach fans will not forget for a long time.