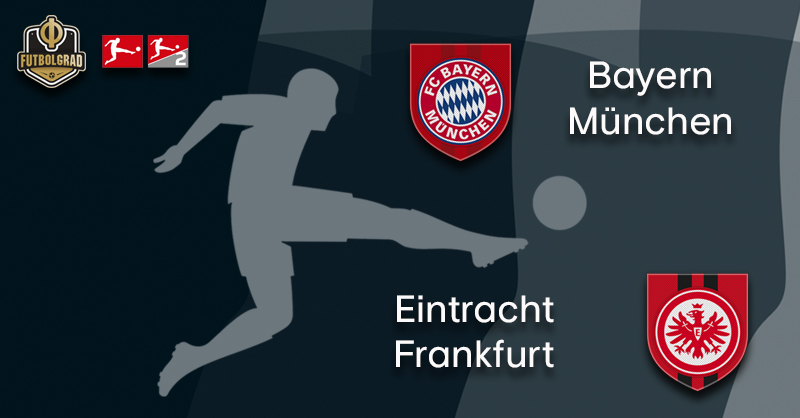 Bayern want to wrap up the title against Eintracht Frankfurt

It is all on the line when Bayern face Eintracht Frankfurt on Saturday. Bayern need at least one point to be ensured the Bundesliga title for the seventh time in a row.

For Bayern head coach Niko Kovac, it is also a trip down memory lane. Kovac coached Frankfurt for over two years and in 2018 guided the club to their first title in 20 years by beating his current club Bayern in the DFB Pokal final in Berlin.

“We will play for a win on Saturday,” Kovac said to the press this week. “We know it’s not going to be easy. Frankfurt have developed very well this season,” he added.

For Kovac, it is all about looking forward. After all, his own job could be on the line should he fail to initiate another Meisterschale parade to the Marienplatz on Saturday. ”

“It is all about becoming champions on Saturday and will not pay attention to what will happen elsewhere,” Kovac said. “We will not calculate. Frankfurt also need to win and will play forward,” Kovac concluded.

That is certainly true. Eintracht Frankfurt were eliminated dramatically from the UEFA Europa League by Chelsea on one week ago. Then on Sunday, they were defeated by 1.FSV Mainz 05 in the Rhein-Main Derby.

As a result, Eintracht Frankfurt need three points and hope that Borussia Dortmund get the job done against Borussia Mönchengladbach and that Bayer Leverkusen fail to pick up three points against Hertha Berlin.

On the other hand, Eintracht Frankfurt could fall all the way to eighth place with a defeat. “I don’t consider such scenarios,” Fredi Bobic said in a kicker interview this week. “Last year’s cup final makes me optimistic that the club will get the necessary points,” he added.

The DFB Pokal final is what captivates the league. Could Eintracht Frankfurt upset Bayern München and potentially had the title to Borussia Dortmund? We will find out on Saturday.

This week Robert Lewandowski was once again linked with a potential transfer away from Bayern München. Both Manchester United and Paris Saint-Germain have, according to kicker, voiced their interest to sign the forward. Bayern, in the meantime, have been linked with the likes of Timo Werner. The main concern for Bayern? Lewandowski scores plenty of goals but not in big games. Can he change that track record on Saturday?

Robert Lewandowski will have to finally score in a big game for Bayern. (Photo by Alex Grimm/Bongarts/Getty Images)

Sébastien Haller will be back for Eintracht Frankfurt on Saturday. That will be a big boost to the Eagles. With Haller in the squad Eintracht Frankfurt are more effective up front, the striker, after all, can open up space and time for his attacking partners Luka Jović and Ante Rebić.