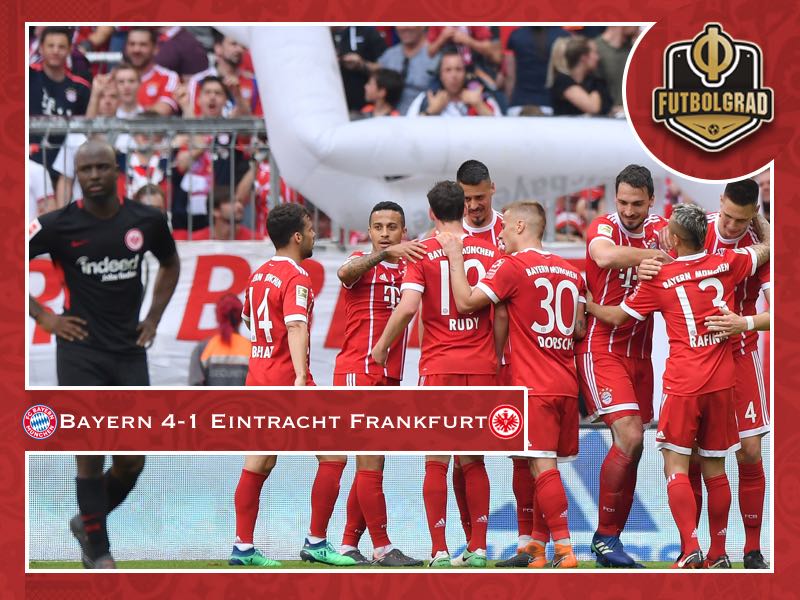 Bayern vs Eintracht Frankfurt is surprisingly dominated by what was the Rekordmeister’s youngest starting eleven since 1971.

Overall, it was a quiet game in the first 15 minutes. Frankfurt had the first chance of the match in the 11th minute after Juan Bernat lost the ball to Luka Jović, who in turn failed to beat Ulreich in the one-on-one and Bayern’s Sandro Wagner failing to beat Lukas Hradecky with a short-range shot (17′).

Frankfurt then had the most significant chance of the match just before halftime. Once again it was Jović, who escaped Bayern’s defence. The Serbian striker received a ball at the halfway line beat the offside line and then was stopped by Ulreich in the 41st minute. Bayern right away countered and the ball ended up Sandro Wagner at the corner of the penalty box where the striker spotted debutant Niklas Dorsch, and the 20-year-old scored from just a few yards out in the 42nd minute. Frankfurt were the better side in the first half, but Bayern’s experimental side were ahead after the first interval.

Bayern were in control despite playing with their C-team against Eintracht. Frankfurt, in turn, lacked the guts to play more aggressive football in the early goings of the second interval. At times it was easy to forget that Frankfurt still had something to play for this season with the Eagles having to look over their should to secure seventh-place in the standings.

Instead, it was Bayern, who scored the goals. Sebastian Rudy was given the space in midfield to press forward and then played the ball to Wagner, who was through on the left corner of the penalty box and his shot easily beat Hradecky to make it 2-0 in the 76th minute. The goal woke Frankfurt up. Straight from kickoff, the Eagles broke through on the right, and Danny da Costa crossed the ball into the box where Sebastien Haller scored from three-yards out.

Frankfurt’s hope only lasted for less than ten minutes. In the 87th minute, Rafinha managed to escape Frankfurt’s defence and the Brazilian made no mistake beating Hradecky with a shot from 11-yards into the far corner. Bayern were not done yet, however, three minutes later Rafinha spotted Niklas Süle in the box and the defender, who played as a midfielder in the match, scored with a beautiful close-range finish.

Bayern vs Eintracht Frankfurt – Man of the Match: Rafinha #13 (Bayern

The Brazilian came on in the second half and was able to tank some confidence after making the crucial mistake against Real Madrid last Wednesday. The 32-year-old was on fire and the key player in what was, in the end, a decisive victory for Bayern’s reserve side against Eintracht Frankfurt. The Brazilian scored one goal and assisted Niklas Süle’s goal. 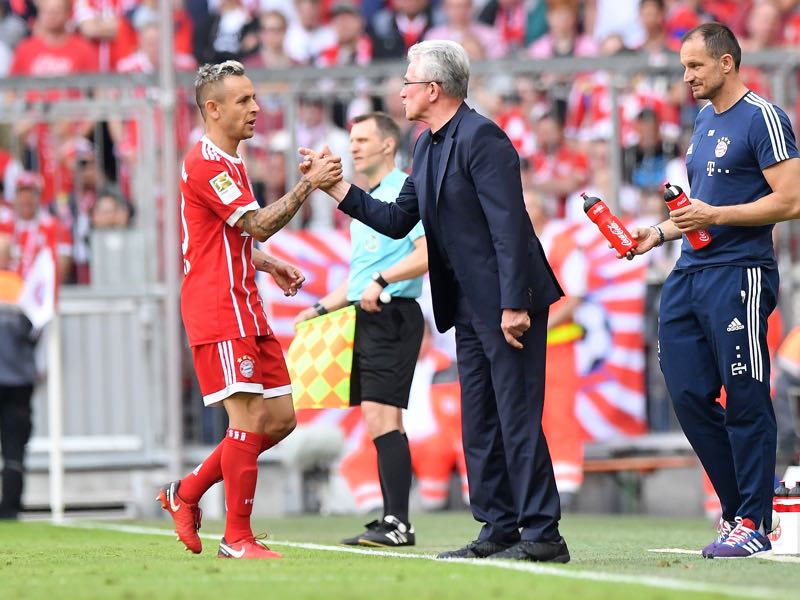 Eintracht Frankfurt had a fantastic chance to collect three points in Munich. But ever since Niko Kovac announced his departure, the Eagles have been without claws. Collecting three Bundesliga defeats in a row Eintracht are now in danger of falling out of the European places altogether. Even Bayern’s reserve side was able to dominate the Eagles.