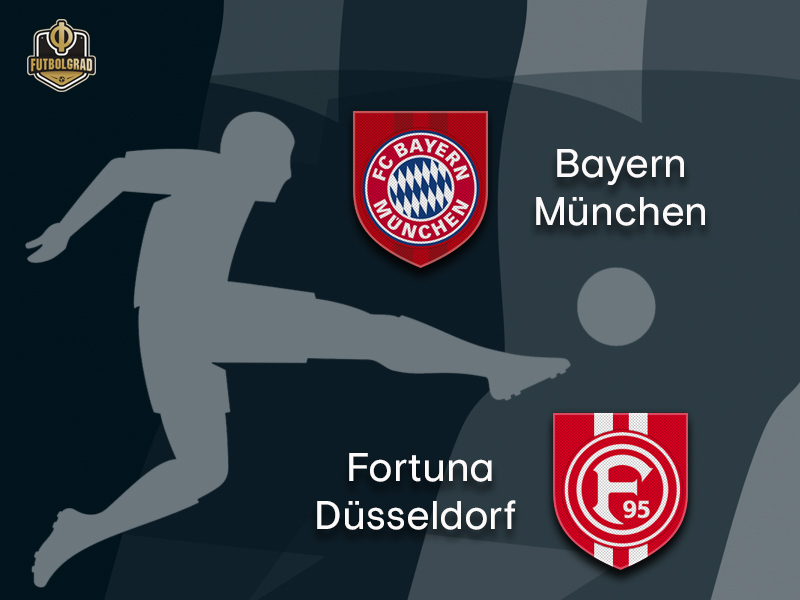 Bayern want to get back on track against hopeful Fortuna Düsseldorf

On Saturday Bayern will play their first match after their 3-2 defeat to Borussia Dortmund at the SIGNAL IDUNA Park. Dortmund’s victory means that Bayern are currently fifth in the standings seven points behind the league leaders.

Never in their entire history did Bayern manage to overcome a seven-point gap to win the German title. That doesn’t mean Bayern won’t try. “Records are there to be broken,” Bayern winger Arjen Robben said on the German television station ARD on Monday night. “But we cannot talk about titles at the moment, because we are not good enough,” the winger quickly added.

Meanwhile, Bayern striker Sandro Wagner claimed following the Dortmund game that “[Bayern] have the best team in Germany.” But is that actually the case? The truth is that Bayern’s golden generation that has won six titles in a row and the Champions League seems to have come to the end of the line. In fact, there is no doubt that the club will undergo a massive rebuild in the coming summer.

But what about until then? Can Bayern mobilise the last reserves and challenge Dortmund for the title this season? What is without a doubt is that it will be difficult. Opponents no longer travel to Munich trying to play for damage limitations as recent visitors Augsburg, Gladbach and Freiburg demonstrated. Furthermore, older players like Robben, Javi Martínez, Thomas Müller and Frank Ribéry can no longer carry the load, and younger players like Renato Sanches, Serge Gnabry and the injured Kingsley Coman are not quite ready yet to take over the reign.

The arrival of Canadian winger Alphonso Davies provided a bit of a distraction this week and a hopeful glimmer into a brighter future but Davies will not be able to play until after the winter break and whether he can be the spark the team needs this season remains to be seen. One bit of optimism perhaps is the upcoming opponent. Fortuna Düsseldorf have found life in the Bundesliga difficult, and for months pundits have suggested that Bayern will be handing out a beating very soon.

“Augsburg and Freiburg showed that it isn’t impossible to get a point in Munich,” former Bayern keeper Michael Rensing, however, told the press this week. Fortuna like so many clubs in recent weeks feel that Bayern are beatable at the Allianz Arena. We can’t show to much respect when we go to Munich,” Rensing added.

Fortuna head coach Friedhelm Funkel is one of the most experienced coaches in German football. Funkel, however, has a bad record against Bayern and lost 21 of his 28 games against the Rekordmeister. Furthermore, even Funkel has been unable to find a solution to make Düsseldorf competitive despite not spending big on players.

Just eight points from the first 11 games means that Fortuna are 17th even on points with VfB Stuttgart, who face Bayer Leverkusen on Friday. At the same time, there have been signs of improvements as Fortuna beat Hertha 4-1 on matchday 11. In that game, Fortuna converted 44.4% of their chances (season average is 20.4%) and ran 115.1km (season average is 113.4km).

But Fortuna will have to confirm that result against Bayern, which should be difficult against a Bayern side that are overdo a big win against smaller opposition.

Bayern vs Fortuna Düsseldorf – Players to look out for:

Serge Gnabry has been one of the benefactors of the recent rebuild in the German national team. The winger now forms a trident forward line with RB Leipzig’s Timo Werner and Manchester City’s Leroy Sané. The three showed great chemistry against Russia and the Netherlands and Gnabry was already off the pitch when die Nationalmannschaft gave away a 2-0 lead in the dying moments of the game. Gnabry has now scored four goals in five national team games and is without a doubt the future for Germany. The only problem is that he has not entirely produced the same form for Bayern. Always busy and a threat with his deep runs Gnabry perhaps lacks the sort of partners in crime he has when he plays for Bayern. As a result, the 23-year-old has scored just one goal and two assists in ten games for Bayern this season. But the recent national team games showed his potential and it will only be a matter of time for Gnabry to show his full abilities in a red shirt as well. 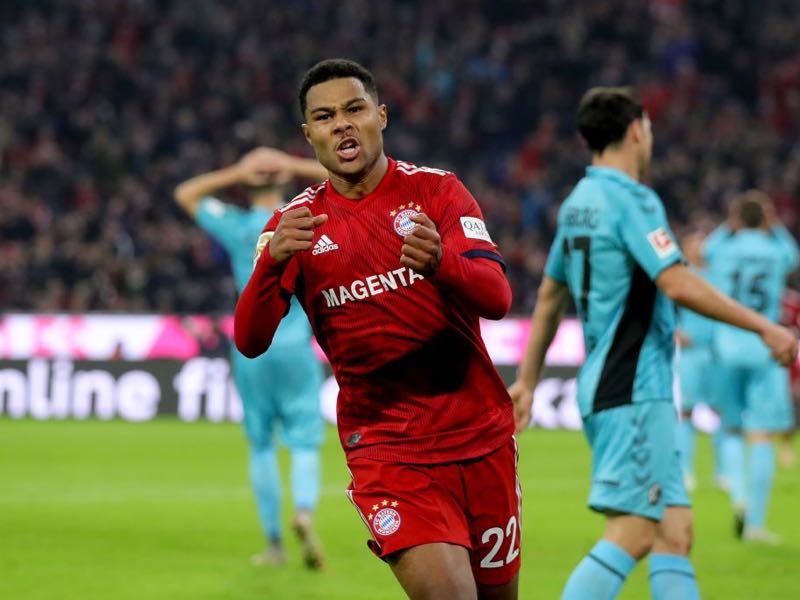 Serge Gnabry of Bayern Munich celebrates after scoring his team’s first goal during the Bundesliga match between FC Bayern Muenchen and Sport-Club Freiburg at Allianz Arena on November 3, 2018 in Munich, Germany. (Photo by Alexander Hassenstein/Bongarts/Getty Images)

Dodi Lukebakio is one of Fortuna’s most interesting players. On loan from FC Watford, the 21-year-old Belgium U-21 player is a quick and athletic player, who despite his tall built shows great dribbling potential. Able to play on either wing Lukebakio shows a similar physical presence to a young Andriy Yarmolenko. Like the Ukrainian forward Lukebakio is a power-forward, who in order to become a complete player needs to improve his tactical understanding. 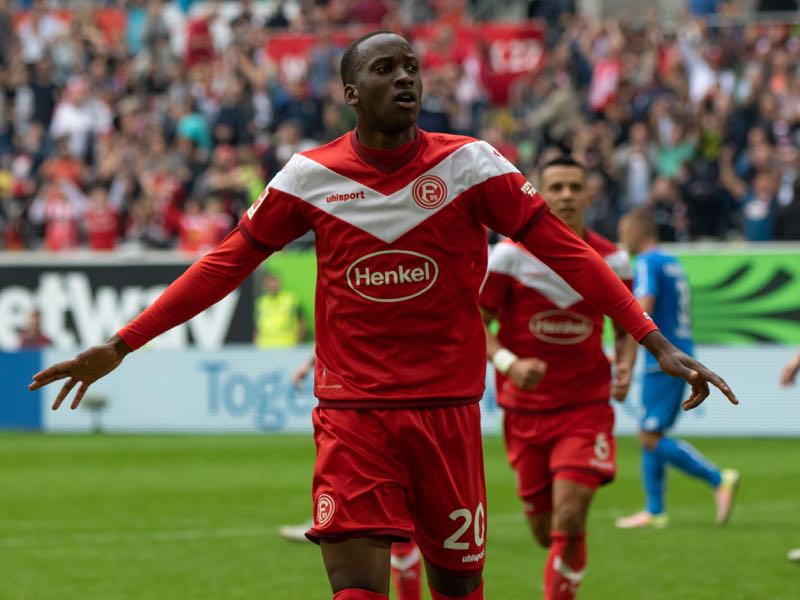 Dodi Lukebakio of Duesseldorf celebrates after scoring during the Bundesliga match between Fortuna Duesseldorf and TSG 1899 Hoffenheim at Esprit-Arena on September 15, 2018 in Duesseldorf, Germany. (Photo by Juergen Schwarz/Bongarts/Getty Images)