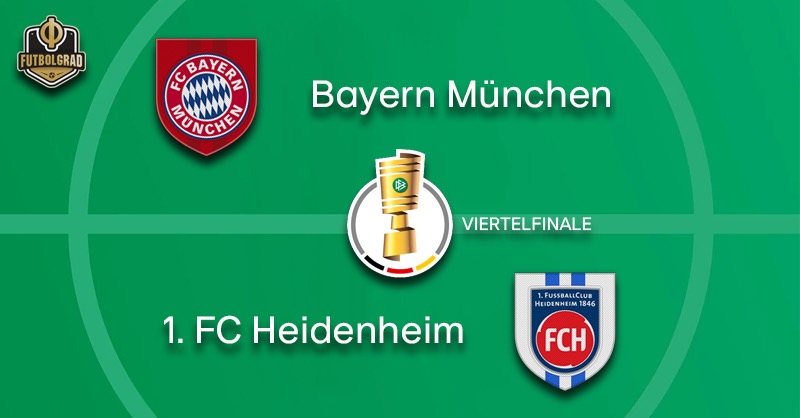 It is the most lopsided duel in the quarterfinals of the DFB Pokal. German record champions and cup winners Bayern München host minnows 1.FC Heidenheim.

In Germany sides below Bundesliga 2 automatically have home advantage when facing a team from the Bundesliga. Calls to expand this to Bundesliga 2 sides have existed for a few years now and once again became a big once Bayern were drawn against Heidenheim at home at the Allianz Arena.

For Heidenheim, so the argument, this would have been the game of the century. For Bayern at home, this will be just a step to the semifinal. Given that Bayern have a must-win game against Dortmund on Saturday playing against Heidenheim could be considered almost like a bye.

Kovač will likely be without the likes of David Alaba and goalkeeper Manuel Neuer. But the likes of Sven Ulreich and Rafinha should be strong enough replacements to get the start. Meanwhile, in Heidenheim, there is only limited hope of a cup miracle in Munich.

In fact, mentioning the DFB Pokal and Bayern in the dressing room was put under censorship with the club captain collecting €20 of every player that mentioned either term. Following the 0-0 draw against Magdeburg head coach Frank Schmidt finally spoke about the game on Wednesday.

“Just defending won’t work. And no matter what the situation keep cool,” Schmidt explained to the media. Freiburg on Saturday highlighted that taking the game to Bayern can make a difference but the gulf in class will simply be too much as Bayern should breeze through to the next round.

Bayern vs Heidenheim – Players to look out for:

The 21-year-old Renato Sanches could be given a rare chance on Wednesday against Heidenheim. “Renato is working hard in training. His situation is not easy, he lacks the rhythm because he didn’t play for a long time. No matter who plays on Wednesday, we want to win and create a good mood ahead of Dortmund,” Kovac said during the week.

Renato Sanches of Bayern Munich celebrates after scoring his team’s second goal during the Group E match of the UEFA Champions League between SL Benfica and FC Bayern Muenchen at Estadio da Luz on September 19, 2018 in Lisbon, Portugal. (Photo by Octavio Passos/Getty Images)

The 33-year-old Marc Schnatterer is a living legend in Heidenheim. In fact, Schnatterer’s nine goals and eight assists make him the most dangerous Heidenheim player despite his advanced age and also a player that even Bayern player know to man mark on Wednesday, as defender Mats Hummels pointed out during the press conference. 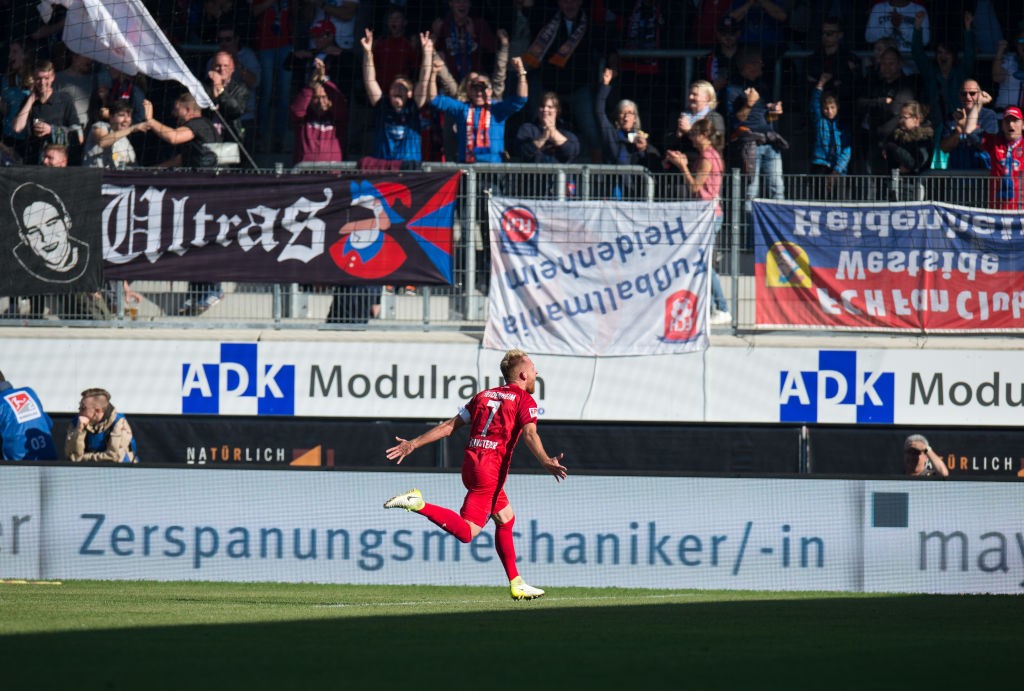 Marc Schnatterer of Heidenheim (r) celebrates his teams third goal during the Second Bundesliga match between 1. FC Heidenheim 1846 and Holstein Kiel at Voith-Arena on October 15, 2017 in Heidenheim, Germany. (Photo by Deniz Calagan/Bongarts/Getty Images)