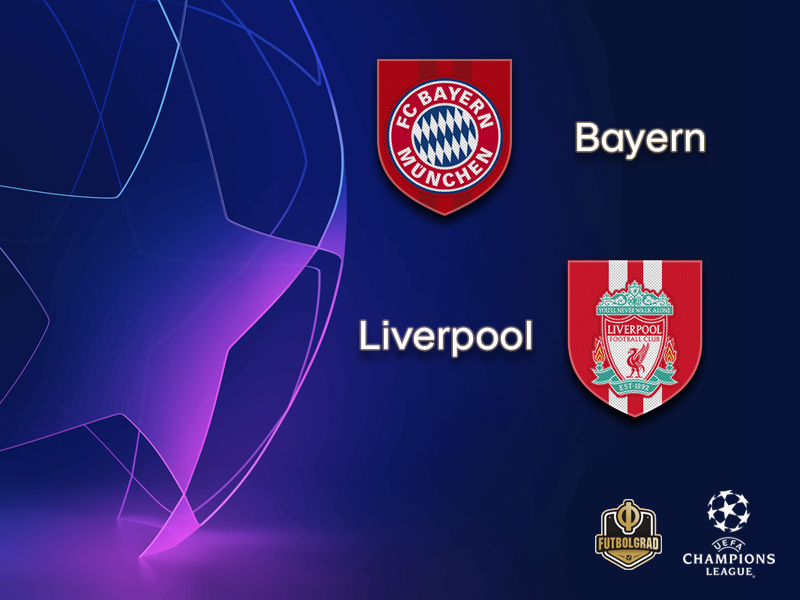 Two games, in particular, can be viewed as a catalyst — the 3-1 defeat to Bayer Leverkusen but also the 0-0 draw against Liverpool in the first leg. The Liverpool result, in particular, has brought stability back to the side thanks to head coach Niko Kovac introducing Javi Martínez as a midfield anchor. But the result was also important psychologically, Bayern now believe that they are back to their former selves, a club that can come up big in big matches and they are out to show it in what will be a season-defining match for them against Liverpool.

Bayern are back at their best “when it matters” as President Uli Hoeneß said following Bayern’s 6-0 triumph over Wolfsburg this weekend. Hence, Bayern go into the match with plenty of optimism, especially as odds are now slightly favouring the Bavarian giant. Based on historic results in all European competitions FC Bayern Munich have a 65.4% chance of reaching the quarterfinals after the 0-0 draw in England.

Furthermore, Kovac welcomed back winger Kingsley Coman and left-back David Alaba to the team training on the weekend. Alaba is now likely to start, and Coman is expected to come off the bench as a difference maker if needed.

Meanwhile, Rafinha is expected to replace the banned Joshua Kimmich, but the Brazilian has had problems in big matches and, as a result, there have been speculations that Jérôme Boateng could play out wide. “I would have no problem with that,” Boateng said on the weekend. Boateng has played that position on several occasions for Germany’s national team but at the same time has not played out wide since the 2014 FIFA World Cup.

Bayern, however, were not the only side to show a bit of a reaction. Liverpool, in fact, demolished Burnley 4-2 and remain on Manchester City’s heels in the title battle. Down 0-1 Liverpool battled back against Burnley and won the match 4-2 thanks to goals by Sadio Mané and Roberto Firmino.

Once again it was the attacking three that was responsible for getting the job done for the Reds. But at the same time, Liverpool is a bit toothless when the attacking trio does not score — only six of the 68 league goals were scored by midfielders this season, which makes Liverpool calculable for opponents.

Overall, the impression of this Liverpool side in the spring is that the Reds play good football but also are good for an individual mistake or two in big games. Nonetheless, with Virgil van Dijk’s return to the starting XI — the Dutch centre-back was banned for the return fixture — Liverpool are hoping to keep Bayern at bay at the Allianz Arena.

Furthermore, while Bayern might have the odds in their favour, Liverpool are looking at history when it comes to the game on Wednesday. Back in 1987 Bayern also managed a 0-0 draw at Anfield. In the return leg, the match was for a long time balanced as well until Ray Kennedy brought the Reds ahead, Uli Hoeneß managed an equaliser before the final whistle, but it was too little to late for Bayern. Hence, will history repeat itself? The odds and Bayern’s current form say no, but history always has a funny way of repeating itself…

Bayern vs Liverpool – Players to look out for:

Can Robert Lewandowski finally silence all his critiques and score in a big game for Bayern München? There is no doubt that the Polish striker is one of the best strikers ever to wear the red Bayern shirt. In fact, his goals on the weekend mean that he is now the top non-German goalscorer in the Bundesliga with 197 goals, two more than Bremen’s Claudio Pizarro. But can he do it in big games like his predecessor Mario Mandžukić did back in 2013 when Bayern last won the treble? That is a question that has been haunting Lewandowski, and on Wednesday he has the chance to silence his critiques.

Bayern vs Liverpool –  Robert Lewandowski wants to finally come up big in a key match. (Photo by Alex Grimm/Bongarts/Getty Images)

The man that will try to stop Lewandowski will be Virgil van Dijk. Signed for an unbelievable €78.8 million from Southampton in January 2018 van Dijk has since lived up to the price tag. Relatively unknown outside of England before his mega-transfer the Dutch defender has developed into one of the best, maybe even the best, centre-backs on the planet. Tall, strong, athletic and dangerous on attacking set-pieces van Dijk embodies the typical English Premier League centre-back on Wednesday it will be his job to secure Liverpool at least a draw for the Reds to advance to the next round. 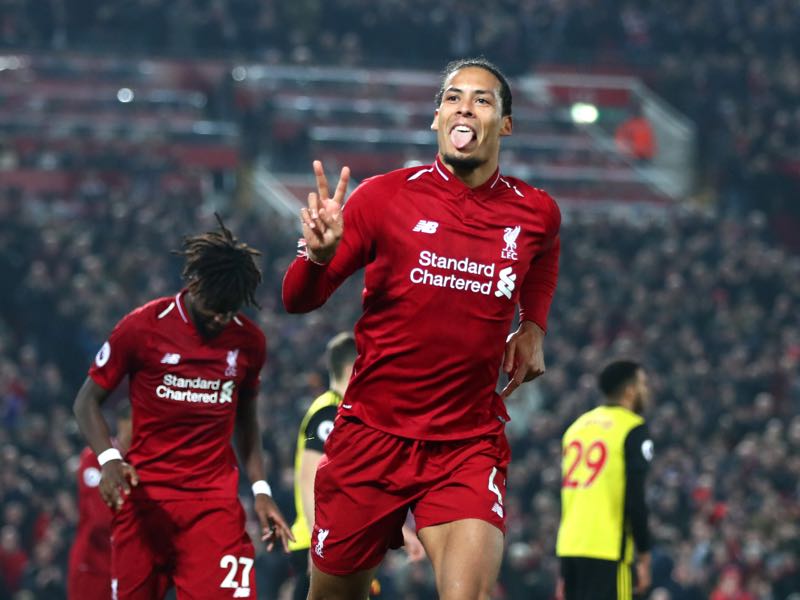 Virgil van Dijk of Liverpool celebrates after scoring his team’s fifth goal during the Premier League match between Liverpool FC and Watford FC at Anfield on February 27, 2019 in Liverpool, United Kingdom. (Photo by Clive Brunskill/Getty Images)