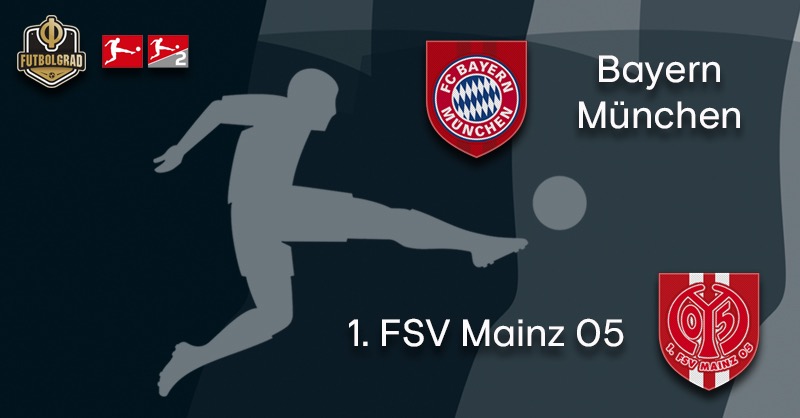 Bayern look for reaction when they host Mainz

Results in the Champions League have caused a bit of an existential crisis at Bayern, in particular, and the Bundesliga, in general. Bayern head coach Niko Kovač suggested that Bayern, a club with the fourth largest revenue and savings beyond €200 million may simply not have the resources to compete with Europe’s elite at the moment.

“What do we have to do as a club to be better?” Kovač asked. “Do we want to play with the big boys when it comes to transfers? If not we have to accept that others are better than we are,” Kovač concluded. The Bayern head coach is not all wrong, and rumours surrounding Bayern suggest that the club will indeed spend big in the coming summer.

At the same time, it is also a bit of a deflection. Bayern were impressive in recent weeks and fired 11 goals past Gladbach and Wolfsburg to take the Bundesliga lead. But against Liverpool, it was not just a question of personnel but also tactics as Kovač’s side never found a tactical answer to Jürgen Klopp’s approach to the game.

Something that was heavily criticised by Robert Lewandowski after the game. “We knew it would be a tough game, But in both games, we played too defensive. We didn’t try to push forward to create situations – in the first game and today. We were playing too deep; we didn’t take risks, I don’t know why.”

What remains, therefore, is the Bundesliga and the DFB Pokal. “We have to secure those two trophies,” Kovač said. The fear is that Bayern could experience a similar drop of form than last season where they struggled after going out to Real Madrid in the semifinal of the Champions League.

Mainz, in the meantime, are hoping to benefit from Bayern’s disappointment. Mainz, after all, have already managed two wins at the Allianz Arena, only Gladbach and Dortmund (three each) have been more successful at the Allianz. “We don’t want to focus on the result too much but rather try and play our game,” Sandro Schwarz said this week.

The head coach is aware that Bayern could be deflated from their Champions League result but at the same time pointed out that Bayern “are having a run in the Bundesliga.” For Mainz, in the meantime, the game is about the experience as the Karnevalsverein is 11 points clear of the relegation zone.

It is a fact that could favour Mainz to a certain extent. In fact, it is difficult to gauge what sort of Bayern side will show up on Sunday. Will the Rekordmeister come back with a big result or will the Liverpool game bring old problems back to the surface as Lewandowski’s criticism against Kovač suggested this week? We will find out on Sunday.

Bayern vs Mainz – Players to look out for:

Will he stay or will he go? Tons of questions surround the future of Colombian playmaker James Rodríguez. CEO Karl-Heinz Rummenigge has been adamant that he would like to keep the Colombian. Rummenigge is both a fan but also realises that James brings plenty of star potential to a Bayern side in transition. Hence, it is very likely that the club will exercise the €42 million option for the attacking midfielder, even if Kovač is not his biggest fan. For Kovač, who subbed James off against Liverpool, James lacks the pace at times but the fact is when James is on form he is one of the best playmakers in the world and Kovač might simply have to find a system that brings out the best in James. 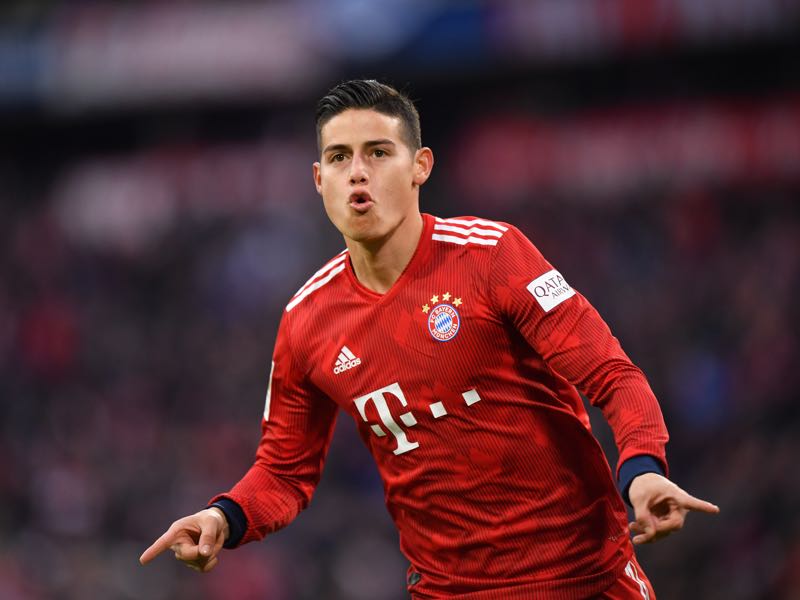 Aarón Martín is one of the most effective crossers in the Bundesliga. The Spaniard currently ranks second in the league with 114 played crosses behind Eintracht Frankfurt’s Filip Kostić. In fact, of the two Aarón is the more effective completing 21.1% of his crosses, Kostić manages to bring just 17.9% of his crosses to his teammates. That makes the 21-year-old Spaniard one of the most important players in Mainz’s squad. But at the same time, it also makes Mainz somewhat predictable. Opponents have limited Mainz to completing a little less than 10% of their crosses in the Rückrunde and Aarón admits that Mainz need to return to their Hinrunde form. “We lack precision in the final third at the moment,” he said this week. It will be up to Aarón to help Mainz improve in that department. 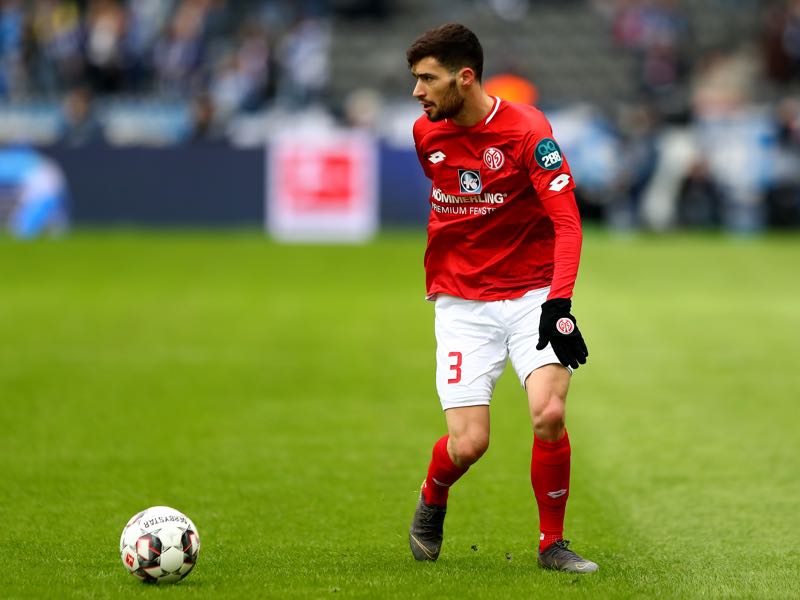 Aaron of Mainz runs with the ball during the Bundesliga match between Hertha BSC and 1. FSV Mainz 05 at Olympiastadion on March 02, 2019 in Berlin, Germany. (Photo by Martin Rose/Bongarts/Getty Images)