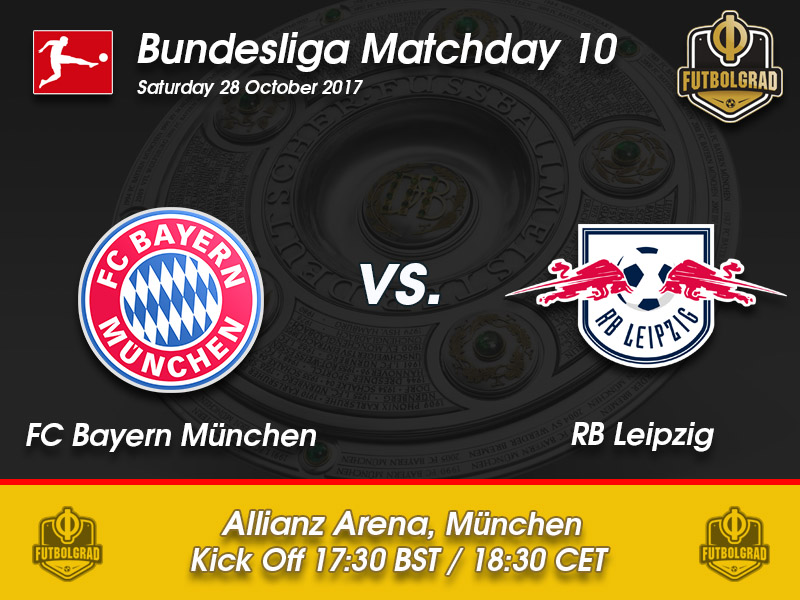 Wednesday saw an epic conclusion of Episode I between RB Leipzig and Bayern München. The two sides battled each other hard as the match went the full distance concluding in spot kicks where Timo Werner became the tragic hero. With all penalty takers converting their spot kick it was up to Timo Werner to score the final penalty to keep the game alive, but the young striker had his kick stopped by Bayern keeper Sven Ulreich.

As a result, Bayern are now through to the round of 16 of the DFB Pokal, but RB Leipzig are given an instant opportunity to revenge their defeat on Saturday night at the Allianz Arena in what could be labelled Episode II of the clash of those two German giants. It will be fascinating to watch, who of the two sides will be quicker to recover from what was a harsh physical affair on Wednesday night in Leipzig.

Leipzig may indeed carry a small advantage to Munich. With an average age of 23.8, the players used by Leipzig this season have been the youngest in the league, which in theory would mean quick recovery times for the squad. Bayern’s fielded players this season had an average age of 27.3—the oldest in the league—and with several key players missing Bayern could struggle to get back to fitness after playing a tough 120 minutes.

On the other hand, one should never discount Bayern’s experience in big matches. Der Rekordmeister has an uncanny ability to get the job done no matter the circumstances. Hence, even with key players injured and with Leipzig having the advantage of youth Bayern will be once again a formidable opponent for Leipzig. Another benefit will be Bayern’s home advantage, and Leipzig struggled significantly last winter in Munich losing 3-0 in Munich.

At the same time, Leipzig have shown that they can now survive playing at big venues. Just two weeks ago die Roten Bullen managed to snap Borussia Dortmund’s impressive home record—a success that should give the club confidence that they can succeed in Munich as well. Altogether everything points towards another tightly fought affair between two clubs that are very evenly matched at the moment.

Bayern vs RB Leipzig – Players to look out for:

Corentin Tolisso has become a bit of an all-purpose player under Jupp Heynckes. Injuries to several players in the squad have meant that Heynckes has been forced to shuffle the deck a bit and with James Rodriguez possibly missing the game on Saturday with a back problem Tolisso could find himself playing as a traditional number ten behind Robert Lewandowski. It would be an unorthodox variant as Tolisso is a physical box-to-box kind of player, who could be the water carrier for Lewandowski up-front. Whether Tolisso has the creative elements to assist the frontline remains to be seen, however.

Corentin Tolisso could find himself playing as a traditional number 10 on the weekend against Leipzig. (Photo by Alexander Hassenstein/Bongarts/Getty Images)

Ahead of the doubleheader between Leipzig and Bayern München Naby Keïta has been primarily in the spotlight. The 22-year-old Guinean had a sensational first Bundesliga season with RB Leipzig and as a result became the transfer target of several European top clubs including Bayern München and Liverpool. With RB Leipzig unwilling to sell the playmaker last summer Liverpool managed to secure Keïta for next summer paying a premium on top of the exit clause, which meant the English Premier League club was able to outbid the Bavarian giants, who were already offered Keïta while he was still playing for Red Bull Salzburg in Austria. Ultimately Bayern did not want to take the risk of paying a premium for a player, who could get hurt while still playing at Leipzig and stepped away from the transfer opening the door for Liverpool to sign Keïta next summer. Keïta once again seemed overly motivated against a top opposition and was shown a double yellow card to receive his third red card in October. Thankfully for Leipzig, the red card will not count in the Bundesliga making Keïta available on Saturday. Nonetheless, the spotlight will be on the Guinean hot head.