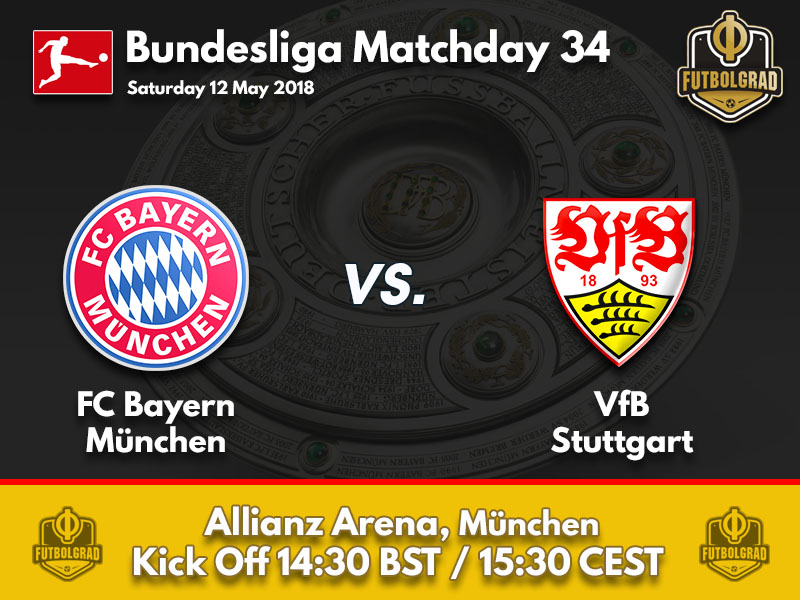 The Südklassiker between Bayern and Stuttgart used to be among the top games in German football. But whereas Bayern have dominated the Bundesliga in recent years, Stuttgart have tumbled down the standings and spent last season in Bundesliga 2.

The shine has, therefore, somewhat come off the match. Furthermore, for Bayern little remains to be played for ahead of matchday 34. The Rekordmeister wrapped up the title weeks ago, and the match against Stuttgart will be all about receiving die Meisterschale the German title – expect Weißbier showers and victory laps at the Allianz Arena no matter the final score.

It is a different story for Stuttgart, however. Back in the Bundesliga after a brief stint in Bundesliga 2, the Swabians can still qualify for the Europa League. In eighth place, two points behind sixth-placed Leipzig and one point behind seventh-placed Frankfurt Stuttgart need to win their match and hope that results in other stadiums are going their way.

Even a seventh-place finish could be enough if either Bayern win the DFB Pokal or if Eintracht Frankfurt win it, but at the same time finish in the top six. On paper, therefore, Bayern should take it easy against the Swabians, but the Bavarians have been reluctant to take the foot off the pedal, and given that this will be head coach Jupp Heynckes’ last ever game in the Bundesliga Bayern will likely try to finish the season with another victory.

Bayern vs Stuttgart – Players to look out for:

Robert Lewandowski has scored 29 goals in 29 games this season – scoring a goal every 72 minutes. After finishing last season with 30 goals, the Polish striker will attempt to finish another season with 30 goals or more. Last season the 30 goals, however, were not enough to secure him the Torjägerkanone(goalscoring title) as Pierre-Emerick Aubameyang managed an unbelievable 33 goals. Aubameyang, however, left Germany in the winter leaving Lewandowski without a true competitor for the top goalscoring award as the next best striker in the league is Nils Petersen, who has scored 15 goals for Freiburg.

Robert Lewandowski could score 30 or more goals for the second season in a row. (Photo by Sebastian Widmann/Bongarts/Getty Images)

Stuttgart striker Mario Gomez scored 75 goals in 115 Bundesliga games for Bayern between 2009 to 2013. It was Gomez’s first club away from Stuttgart where he went through the youth academy. He also played for Fiorentina, Besiktas and Wolfsburg before finally returning home this winter to help his club fight off relegation and secure himself a place in the German national team squad. The 32-year-old has certainly done his part scoring eight goals in 16 games for the VfB being a major reason for why Stuttgart have climbed up the table during the second half of the season. 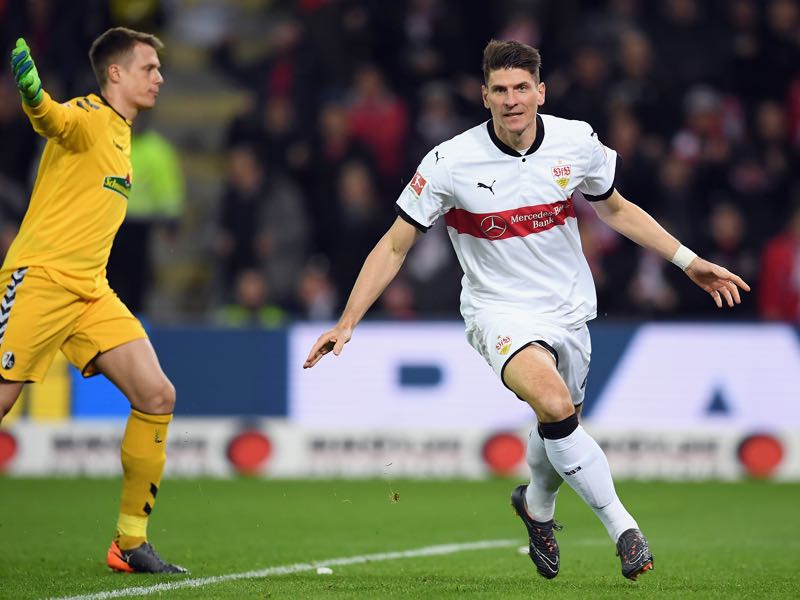