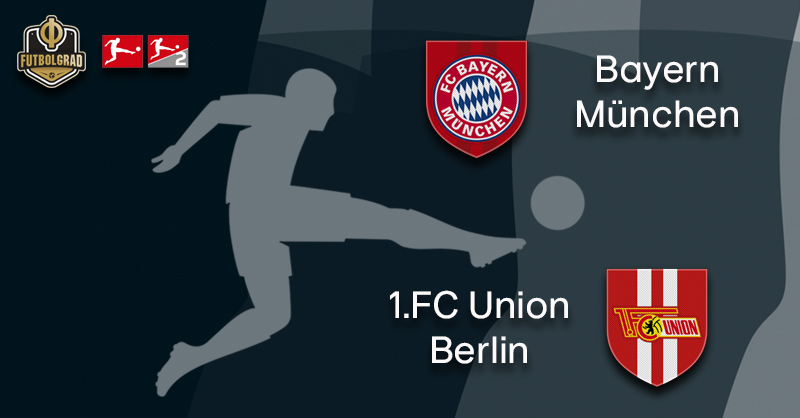 “The problem at the moment is that we need to score three goals every game to win because we keep conceding two,” goalkeeper and captain Manuel Neuer said after the Olympiacos game.

“We have enough good defenders,” Neuer said when asked about Bayern missing Niklas Süle and now Lucas Hernández due to injuries. “There are no excuses from us.”

Neuer was not the only one critical. “I would like to urge everyone to go out onto the pitch with the greatest focus and also motivation so that we take the three points and go back to the top of the table because that’s where Bayern should be,” CEO Karl-Heinz Rummenigge said.

The message is clear anything but a victory against Union Berlin will be unacceptable for the Bayern board. The vultures seem to be circling over the head of coach Niko Kovač, and Sport Bild reported this week that Ralf Rangnick could be a candidate to replace the Croatian should results not improve.

In fairness, it is a difficult task for Kovač at the moment. With both Hernández and Süle out, Bayern miss two key defenders. But Neuer is right that Bayern should still have enough depth to keep the likes of Paderborn, Tottenham, Hoffenheim, Augsburg, and Olympiacos off the scoreboard.

Union Berlin, in the meantime, traveled with a charter flight south where they will first face Bayern on Saturday and then head west to face Freiburg in the DFB Pokal. As a result, Berlin are taking 25 players to Munich. “It is almost like a training camp,” Urs Fischer said.

Except Akaki Gogia (ACL), Suleiman Abdullahi (leg injury), and Grischa Prömel (knee), all players will be available. For Fischer, however, the main task is to find a lineup that can find a way to stop top striker Robert Lewandowski. “For us, we have to play a perfect game in Munich,” Fischer said. “Also, Robert Lewandowski will have to miss a few opportunities.

A tough task for Union. Sure, Bayern are vulnerable at the back at the moment, but the Bavarians are also a menace in attack, and while they are always good to concede a goal or two, there should be enough quality to win this game.

Bayern vs Union Berlin – Players to look out for:

Robert Lewandowski cannot stop scoring. The Polish forward once again scored twice on Tuesday against Olympiacos, saving Bayern from an embarrassing result. This weekend Lewandowski has the opportunity to break Pierre-Emerick Aubameyang’s record for goals in consecutive games to start a league campaign if he adds to his already 12 goals scored in eight Bundesliga matches. 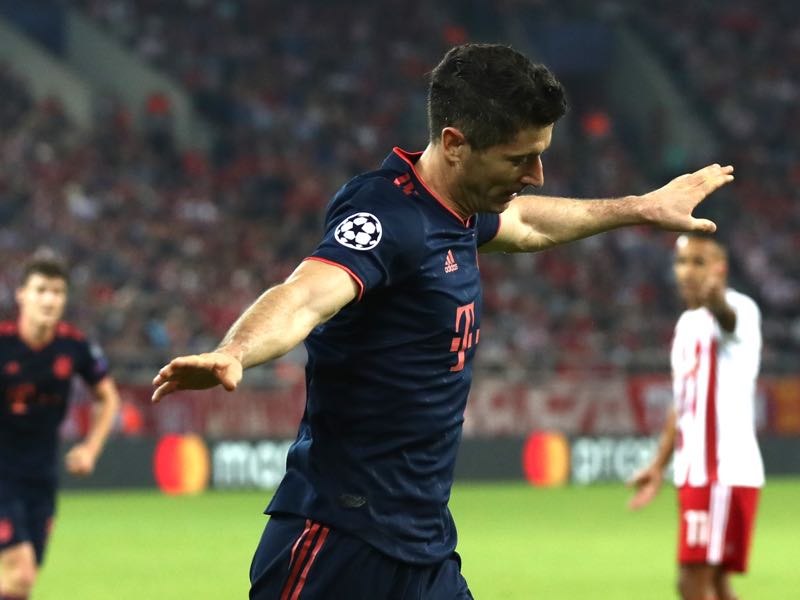 Robert Lewandowski of FC Bayern Munich celebrates after scoring his team’s second goal during the UEFA Champions League group B match between Olympiacos FC and Bayern Muenchen at Karaiskakis Stadium on October 22, 2019 in Piraeus, Greece. (Photo by Alexander Hassenstein/Bongarts/Getty Images)

Trying to stop Lewandowski’s goal record is his former teammate Neven Subotić. The defender joined Union Berlin this summer from St-Étienne to add some much needed Bundesliga experience to the side. Subotić missed the game one week ago but should be fit to play against Bayern. 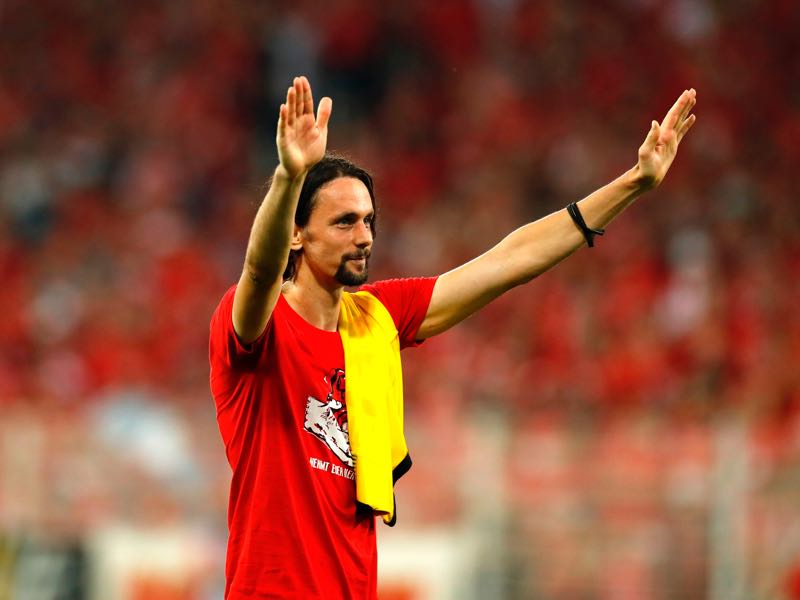