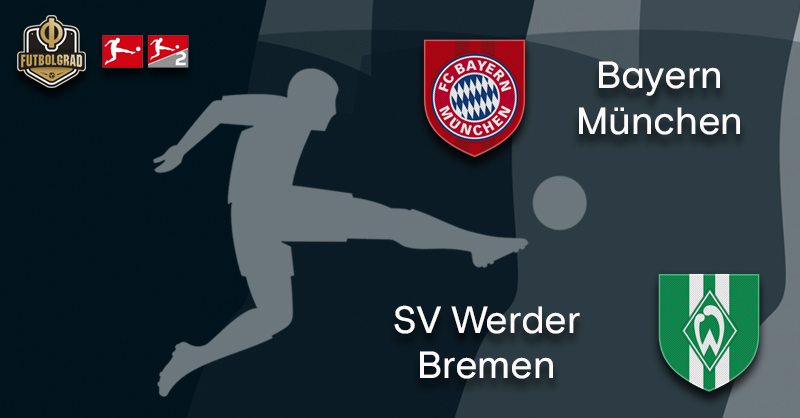 The Bundesliga title race continues on Saturday and this time it will be Bayern that gets to set the pace. The Bavarian giants will be hosting Werder Bremen in the Allianz Arena.

It is an opponent that Bayern have enjoyed hosting in recent years as the Bavarian giants have always scored at least four goals in the last seven games against die Werderaner. But Bayern will head into the game with some injury concerns with Manuel Neuer, Mats Hummels and James out for the game on Saturday.

“Mats Hummels is running again and feels good. We will see tomorrow whether he can make it for Saturday – James has some adductor problems and ended today’s training earlier,” Niko Kovač explained in this week’s press conference. The absence of Neuer and Hummels, in particular, could hurt Bayern in this one. Both are a major part of how Bayern play out of the back and replacement keeper Sven Ulreich has struggled at times this season when replacing the national team captain.

Nonetheless, Kovač is confident that Ulreich can get the job done. “Sven is going to play the next games, we don’t want to take any risks with Manu. We have absolute confidence in Sven, he has earned it. I’m very optimistic.”

Meanwhile, Bayern are also careful to show to much confidence when it comes to the game against Werder on Saturday. This, after all, used to be one of the biggest games in German football and although Werder have struggled in recent years the club are playing attractive football this season.

“I see a positive development at Werder,” Bayern CEO Karl-Heinz Rummenigge said to the Weser-Kurier this week. “Especially, since head coach Florian Kohfeldt is in charge, who fits the club and the team well. They are on the ascendency and within reach of the Europa League spots,” Rummenigge added.

Werder head to Munich in seventh spot in the Bundesliga standings just one point behind Hoffenheim. Furthermore, this will be the first of two games as die Werderaner will host Bayern in the DFB Pokal on Wednesday. This match is, therefore, about setting the stage for the Green and Whites and even if Bayern should win this one Werder is expected to be a difficult opponent on Saturday afternoon.

Bayern vs Werder Bremen  – Players to look out for:

Kingsley Coman continued his brilliant form against Fortuna Düsseldorf one week ago. The fast French winger scored two goals and together with Joshua Kimmich was the match winner. Slowly but surely Coman is stepping out of Frank Ribéry’s shadow and is now ready to take over from the Bayern legend. At the same time, Coman pointed out in an interview with kicker this week that he “is not the new Ribéry.” Coman and Ribéry are indeed difficult to compare. Coman is more of a modern winger trying to take on players with speed from the wing and then cut inside rather than taking on players in slow one-v-one dribbles like Ribéry tends to prefer. Nonetheless, Coman will be expected to take over on the left from Ribéry and become one of the faces of Bayern’s XXL rebuild. 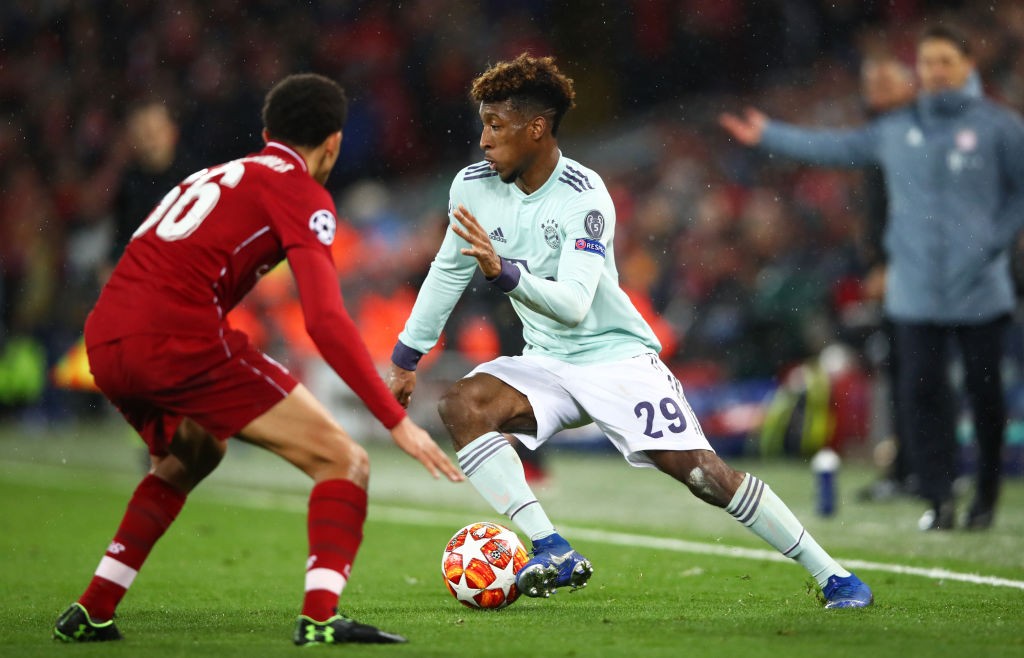 Kingsley Coman of Bayern Munich takes on Trent Alexander-Arnold of Liverpool during the UEFA Champions League Round of 16 First Leg match between Liverpool and FC Bayern Muenchen at Anfield on February 19, 2019 in Liverpool, England. (Photo by Clive Brunskill/Getty Images)

Will he stay or will he go? Max Kruse is currently tempted to try out something new for one last time in his career. Losing him would be a big blow for Werder Bremen. The false-number nine has scored ten goals and ten assists in 29 games this season and leads Werder’s scoring charts. “Max wants to wait and see whether a top club wants to sign him,” Werder sporting director Frank Baumann told the media this week. Kruse will be a free agent this summer and should he continue to impress might catch the interests of the likes of Tottenham and Borussia Dortmund, who have both tracked his progress. In many ways it depends on Kruse’s end of the season. The forward was already considering a transfer last season but a poor finish to the season meant that no offer came in, hence Kruse will have to impress against Bayern, both on Saturday and in the cup on Wednesday.