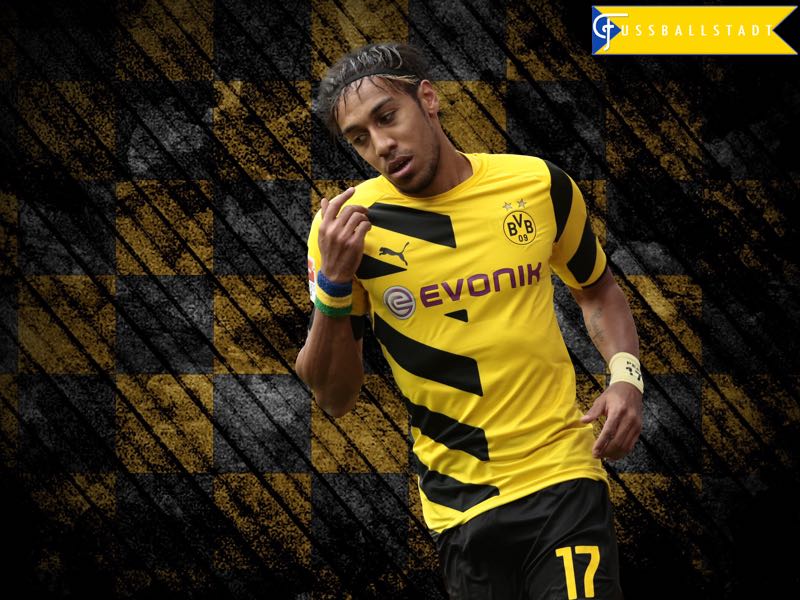 Big Summer Move? Aubameyang Needs to Focus on the Now!

Pierre-Emerick Aubameyang has been in the news once again. Speaking to the French radio show Team Dunga, which is hosted by the former French national team player and 1998 World Champion, Christophe Dugarry, Aubameyang said:

“It is clear: If I want to reach the next step, I will have to leave in the summer. I am 27. We will see what kind of offers will come, and where I want to play.”

It is that statement that will dominate the headlines in the English press in particular, and will further fuel the rumour mill and produce funny headlines like this one. Very few news outlets, however, will bother to actually take a look at the full interview or check out his situation at the club.

Aubameyang – Here are the facts

Let’s start with his other statements. First up, and this will disappoint all those supporters of English clubs, as Aubameyang does not seem to be very impressed with English football:

“Everyone is talking about England, but that is not the League that excites me the most. I prefer the Spanish league. There has been a lot of talk about Real, but the league isn’t just Real.” Aubameyang was also asked about a potential move to France. Here he responded: “It is not my first option, but not entirely out of question either.” Finally, when asked about China, Pierre-Emerick Aubameyang was clear: “It isn’t an option.”

Does this mean Aubameyang is certain to transfer? Well not necessarily, because he was also clear that he was happy at Dortmund: “The fans are incredible. But a transfer? That is a question that I am asking myself right now. And I don’t have an answer yet. I will take my time. I am thinking about it a lot. Is it worth it—or not? I will not leave and then not play.”

With all this in mind it becomes clear that Aubameyang is having legitimate thoughts about his future. At the same time it will be difficult to wrest Aubameyang away from Dortmund.

“If we get an offer, then we will have to think about it. But it depends on the offer that comes. We have no pressure like we had with [Mats] Hummels or [Henrikh] Mkhitaryan. Aubameyang has a contract until 2100 or something like that. There are not many clubs that are above Dortmund in the pecking order. He also draws a pretty decent income here. Should he get an offer, than we will talk, but his contract means that he will not be cheap.”

Aubameyang is under contract until 2020

Here lies the crux of Aubameyang’s contractual situation. Aubameyang recently extended his contract until 2020, not until 2100 as Watzke jokingly told the audience, and the player has no exit clause.

By the time his contract is up, Aubameyang will be 31. It is, therefore, no surprise that if he did want to leave, the time would be now. Dortmund, on the other hand, holds all the cards and, after losing three key players last summer, are more likely than not, going to hold on to the player. 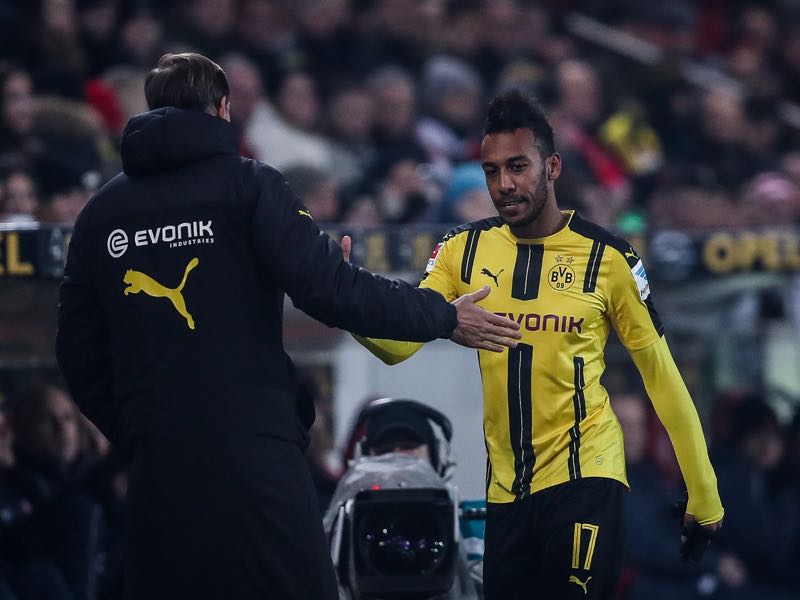 Pierre-Emerick Aubameyang needs to focus on what is happening on the pitch, and get Dortmund back to where they belong. (Photo by Maja Hitij/Bongarts/Getty Images)

In fact, none of the major clubs are currently in need of a striker. Barcelona have Luis Suárez, Lionel Messi, and Neymar; Real Madrid got Karim Benzema, Cristiano Ronaldo, and Gareth Bale; and finally, Atlético Madrid, who would be unlikely to pay this kind of money anyway, have Antoine Griezmann up front.

England is out of question for the obvious reason that Aubameyang does not seem to be attracted to the competition. This would really just leave a big money move to Paris Saint-Germain. But whether Aubameyang would leave Germany to play in France remains doubtful. Finally, Bayern München, who have just extended the contract with Polish striker Robert Lewandowski, are unlikely to make a move for Aubameyang

All of these rational points should more or less defuse the situation. But then there is the fact that Aubameyang has given the interview in the first place. Actually, the interview itself, even without the statements, are the big controversy here.

Dortmund have shown inconsistency all season, and are currently just fourth in the table, 14 points behind the league leaders Bayern München. In a situation where the club is trying to steady the ship, Aubameyang giving an interview that is bound to create controversy is not only questionable, but also unprofessional, especially when the focus needs to be on the pitch.