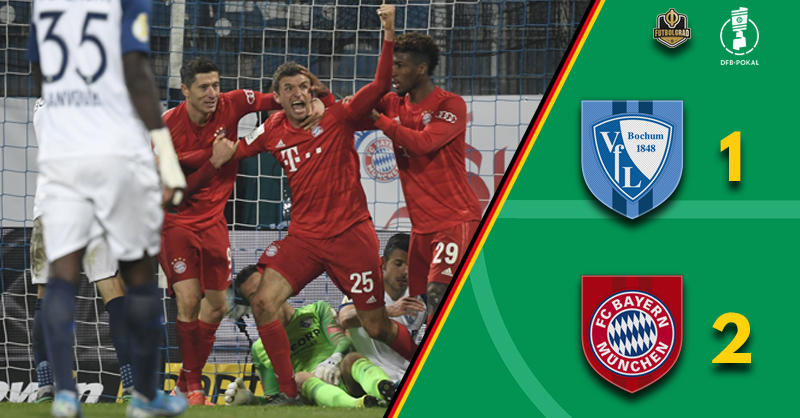 Müller and Gnabry rescue Bayern Munich against Bundesliga 2 side Bochum

For the second game in a row, Niko Kovač would start Canadian national team winger Alphonso Davies. The 18-year-old once again slotted in the back four as a left-back. A position in which he would play a significant role in the first half. Although Bayern had two big chances early on, Kingsley Coman (14′) and Corentin Tolisso (15′) both missed the goal with shots from inside the box, Bochum kept the game open. Der VfL could have even opened the scoring in the first minute, but Simon Zoller missed a glorious opportunity from a close distance. Bochum did, however, take the lead into the second half, a sharp cross from the left by Danny Blum slipped through the box and Davies, trying to clear the opportunity, put the ball in his own goal. It was an unfortunate situation for the Canadian, who had to go for the ball as Zoller was wide open behind him.

Within the first 15 minutes of the second half, Niko Kovač made three significant changes. Robert Lewandowski came off right after halftime for Ivan Perišić. Philippe Coutinho for Leon Goretzka (57′) and Thomas Müller for Tolisso (65′) were also added. Bayern threw everything forward, nailing Bochum deep into the defensive third, but while they were always dangerous, they struggled to create any true goal scoring chances. Finally, in the 86th minute, Bayern found a way through. Joshua Kimmich broke through on the right; his cross found Serge Gnabry, whose volley beat goalkeeper Manuel Riemann. Bayern still needed one more to win the game, and in the 89th minute, Müller forced a ball across the line to gift Bayern the win. 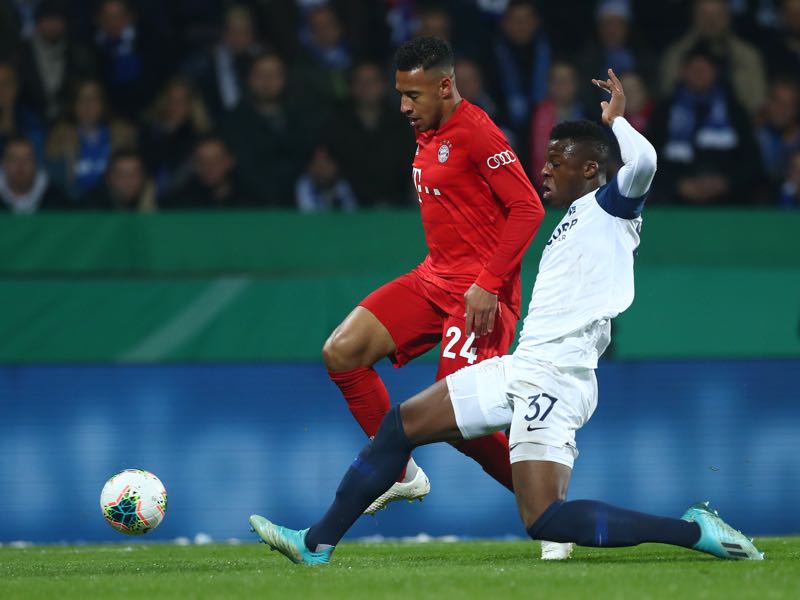 Despite the red card in the 88th minute, Armel Bella Kotchap was fantastic for Bochum. The 17-year-old defender has not started since August but was great in what was the biggest game in his still-young career. Playing a central part in Bochum’s defence Bella Kotchap frustrated Bayern’s attacking line. The 17-year-old had 42 touches, 78.5% pass completion, five clearances, and four interceptions.

Started the game as the centre-forward in a 4-3-3 setup. It was a role that did not necessarily suit Gnabry, which was evident in the second half when he was allowed to play out wide after Robert Lewandowski came on. It was from that position that Gnabry would score the equaliser, a goal that paved the way for Bayern to turn the game around against Bochum.

Müller the hero. Kovač threw both Müller and Coutinho on the pitch in an effort to turn around Bayern’s fortunes. Kovač’s substitutions worked as Müller’s goal in the 89th minute won the game.

What to make of this performance? For Bayern the bottom line is that they advanced to the next round of the DFB Pokal. But it was not a good performance against a Bochum side that is currently battling against relegation from Bundesliga 2.

Bayern’s biggest worry going forward? The backline is always good for an error, this time it was left-back Davies with the mistake. Playing out of position, he accidentally gave Bochum the lead. But Davies was just the end of a long chain of mistakes that started with Bochum being allowed to press high and attack from both wings; the cross should also never have found its way through. Finally, Davies’ body position was all wrong when the ball finally found its way through.