Will die Schwarzgelben return to their winning ways was the question we asked in our Futbolgrad Network Borussia Dortmund v Nürnberg preview ahead of the match. The answer is a resounding yes. Dortmund were impressive scoring seven unanswered goals to win the game 7-0 in front of a sell-out crowd at the SIGNAL IDUNA Park.

Here are our three talking points from Dortmund v Nürnberg:

No Paco Alcacer no problem. In recent weeks guessing Favre’s lineups ahead of every match was like playing progressive jackpots Spielautomaten. Dortmund started this one in a classic 4-2-3-1 formation with Maximilian Philipp up front.

Right behind Marco Reus lined up and throughout the match, Reus would push further up, and as a result, the formation almost looked like a 4-2-2-2 with two false-nines, Reus and Philipp, interchanging positions.

Reus and Philipp also have struggled in recent weeks. Reus, in particular, seemed somewhat out of form as he was trying to adjust to his new role under Lucien Favre.

The two were flanked by Christian Pulisic and Jacob Bruun Larsen. Both Pulisic and Larsen are also tactically flexible, and with four strikers interchanging positions Nürnberg never stood a chance. With his pace and strength, Larsen is an ideal player to start the match, which is a pretty good transition to talk about our next point.

Larsen, in particular, was impressive in the first half. While the 20-year-old still struggled somewhat two weeks ago against Eintracht Frankfurt, he was excellent tonight.

The Dane was perhaps the key to unlock Nürnberg in the first half. Newly promoted, Nürnberg are physical side and Dortmund have struggled a bit against teams that like to sit deep. Therefore, opting for Larsen over Sancho somewhat makes sense as Larsen is better when coming from deeper in space. 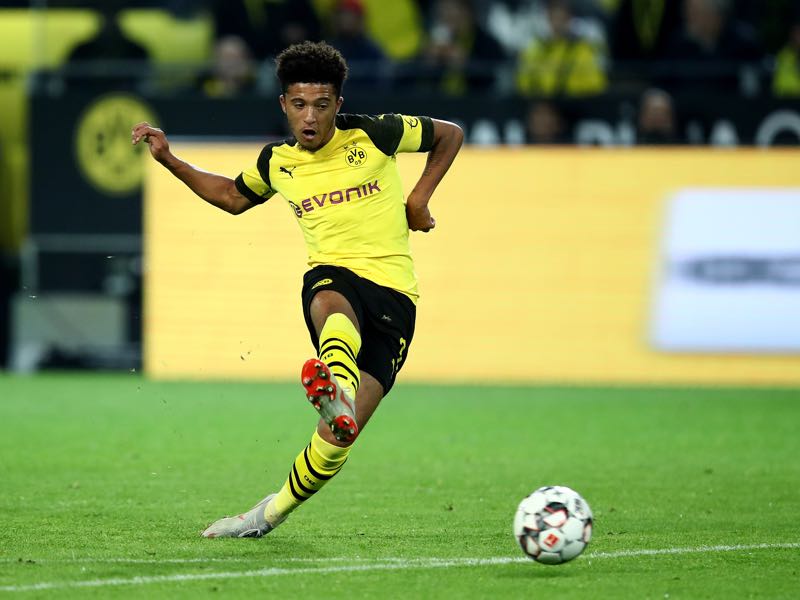 Sancho, in turn, is a classic dribbler. His skill is at its best when the opposition is already somewhat tired. At that point, he can unleash his full bandwidth of skillsets. Unfortunately, it also means that for now, he is a typical bench player for Dortmund.

It is still early in the season, but Nürnberg showed that they are still getting used to life in the Bundesliga. Known as der Glubb (Frankonian for the club) Nürnberg were promoted from Bundesliga 2 last season.

Going into the match with one win, two draws and one defeat Nürnberg did not have a bad start to the season. A draw to Werder and a 2-0 victory over Hannover were encouraging results.

But tonight’s hammering by Dortmund showed that head coach Michael Kölner got his lineup wrong.

Last year Nürnberg was lauded for playing the most attractive of football in Bundesliga 2. Against Dortmund, however, Köllner opted for defensive stability and even sacrificed the team’s best striker Mikael Ishak.

It was a gamble that backfired as Nürnberg lacked defensive skills and, as a result, were easily taken apart by Borussia Dortmund.