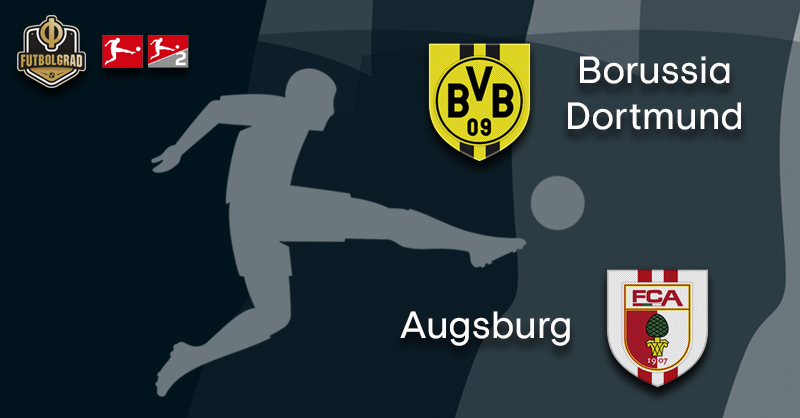 “We will win the title because we have the best team,” Marco Reus said this week. It has been some time since a club not named Bayern Munich has been aggressively pursuing the Bundesliga title. But after narrowly losing out on the championship last season Dortmund added Thorgan Hazard, Nico Schulz, Julian Brandt and Mats Hummels to the squad.

With those four new additions, Dortmund feel that they have the quality and depth to not just challenge Bayern for the title but perhaps end the Rekordmeister’s seven-year dominance over the league. Depth in the attack and Hummels’ addition to the backline certainly make Dortmund a strong contender going into the season.

Unlike Bayern, the Black and Yellows currently can win games from the bench. That ability, in fact, was demonstrated in the DFL Supercup were Dortmund overpowered Bayern in the second 45 minutes. Nonetheless, Bayern will not be an easy opponent to beat this season and with the Rekordmeister still active in this summer’s transfer market Dortmund still have a monumental task ahead of them if they want to win the title.

Borussia Dortmund’s title challenge will kick off on Saturday when they host FC Augsburg at home at the SIGNAL IDUNA Park. A game that could very much set the tone for the rest of the season. Last season Augsburg were one of the smaller teams to take important points off Dortmund—the Fuggerstädter beat Dortmund 2-1 in Augsburg on March 1.

Ultimately, those three points made a big difference in the final standings as Bayern won the title by a two-point margin. Hence, consistency against smaller opposition will be the key if Lucien Favre wants to ensure that next May’s parade will be held on the Borsigplatz in Dortmund rather than the Marienplatz in Munich.

Augsburg, in the meantime, are looking ahead to a difficult season. “We are Augsburg,” is the new motto heading into the new season. Head coach Martin Schmidt even has the slogan printed on a shirt that he wears while coaching on the sideline. But after conceding 71 goals last season and a DFB Pokal defeat to fourth division side SC Verl many have Augsburg tipped to be relegated at the end of the season.

Defence and lack of quality up front are the biggest problem areas for the Fuggerstädter. The problem, however, is that the club addressed neither area sufficiently and in left-back Philipp Max and attacking midfielder Michael Gregoritsch could lose even more quality before the transfer window closes in September.

Against Dortmund Schmidt will be forced to field a makeshift defence of Georg Teigl, Marek Suchy, Rani Khedira and Mads Pedersen, all players that are either playing out of position or have recently made the jump to the Bundesliga. Not the best prerequisite given that Augsburg will play away against one of the best-attacking sides in Europe on Saturday.

Borussia Dortmund vs Augsburg  – Players to look out for:

All summer Julian Weigl has been a candidate for a transfer away from Borussia Dortmund. Often forced to play as a centre-back last season Weigl, however, is now the favourite to start on Saturday next to Axel Witsel in midfield. Favre has been testing the variant since the beginning of the summer and now feels confident that the two can play together in midfield. “I was able to show myself and pay back some of the trust invested in me,” Weigl said this week. “I like to play with him,” Witsel said. “He likes to transition the game from the back,” the Belgian national team player added. Doubters, however, believe that with Witsel and Weigl Dortmund might lack speed in midfield but throughout the summer Weigl has highlighted that he can be a dynamic number 8 in Dortmund’s midfield, a skill that was also evident in the DFL Supercup. 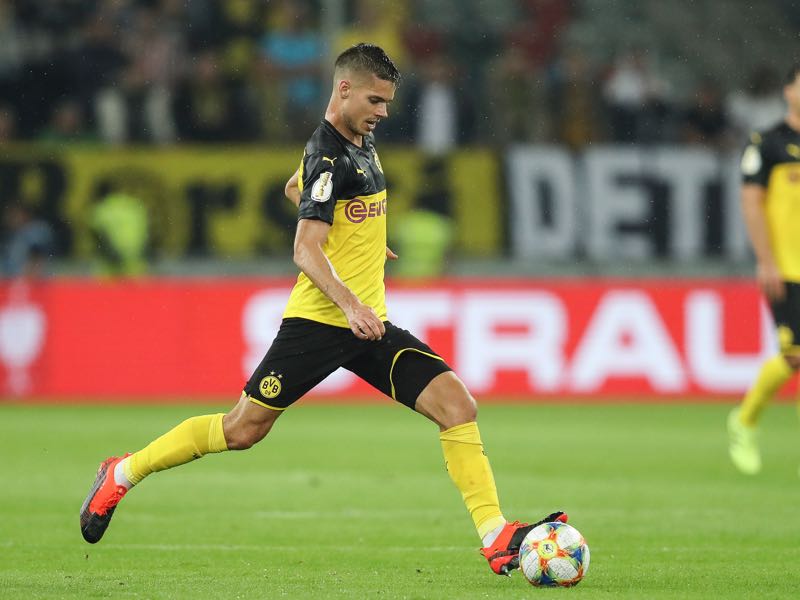 Julian Weigl of Borussia Dortmund controls the ball during the DFB Cup first round match between KFC Uerdingen and Borussia Dortmund at Merkur Spiel-Arena on August 09, 2019 in Duesseldorf, Germany. (Photo by Maja Hitij/Bongarts/Getty Images)

Carlos Gruezo joined Augsburg from Major League Soccer side FC Dallas this summer in a deal worth €4 million. An aggressive number 6 this is already Gruezo’s second stint in Germany after the Ecuadorian national team player spent two years in Stuttgart (2014-2016). “I am excited to have a second chance in the Bundesliga,” Gruezo said after the transfer was made official in July. The 24-year-old played 114 games for FC Dallas in MLS and hopes that his added experience will help him to finally achieve a breakthrough in one of Europe’s biggest leagues. 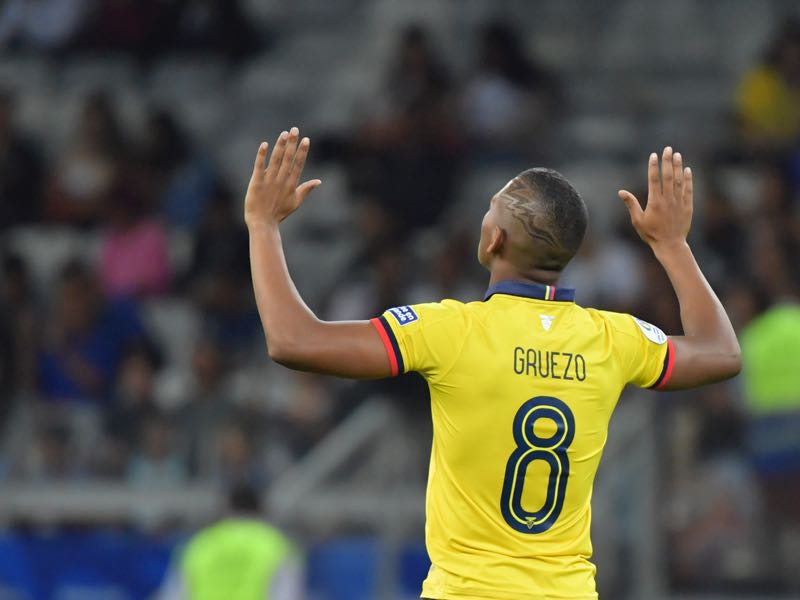