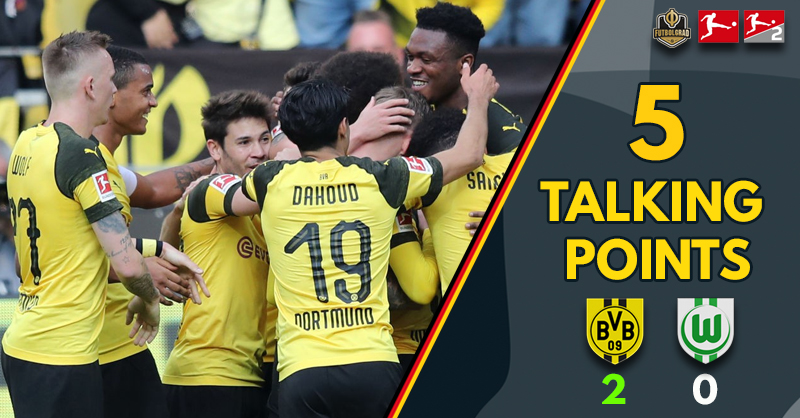 Die Schwarzgelben left it late for the third match in a row but secured a vital victory as Borussia Dortmund vs Wolfsburg ended 2-0 to the hosts.

Paco Alcácer was the hero with an added time brace. Lucien Favre’s side edges two points clear of Bayern München before the crucial Klassiker in Munich next weekend.

Borussia Dortmund vs Wolfsburg: Dortmund leave it late once more 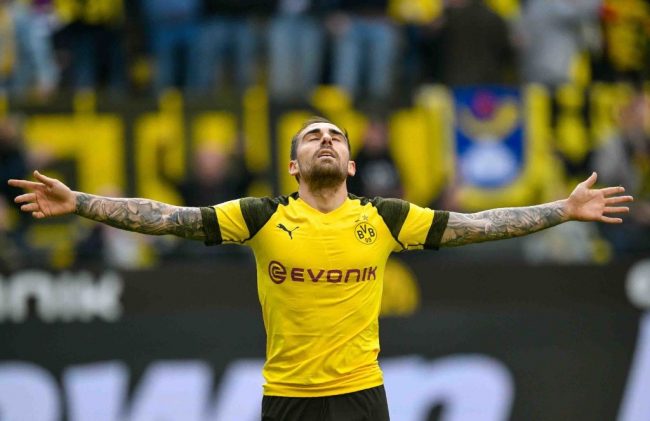 Borussia Dortmund have made a habit of scoring late goals this season and the trend continued in the most dramatic fashion. Paco Alcácer drilled a free kick past Koen Casteels in the 91st minute, putting the icing on the cake with the last kick of the game after being teed up by Jadon Sancho.

Alcácer put Dortmund ahead of Stuttgart in the 84th minute in their last home match, Marco Reus then scoring the winner in Berlin in the 91st minute. With news filtering through that Freiburg had held Bayern Munich to a 1-1 draw, the joy was infectious among many of the supporters that hadn’t made the deplorable decision to leave early. 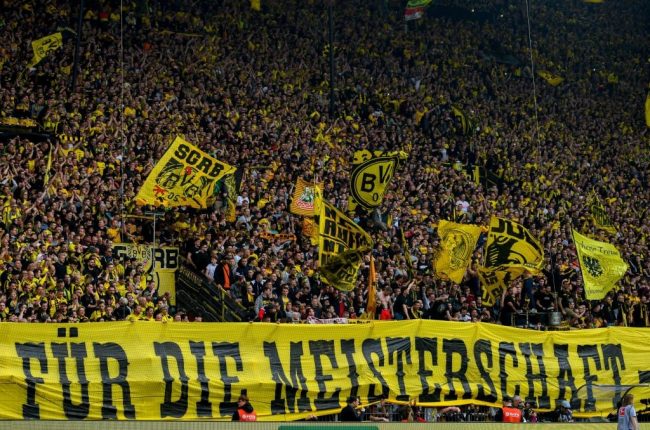 The Südtribüne displayed a banner after fulltime that read: “Fight for the championship – Shit Bayern Munich!” Time will tell if their prayers continued to be answered, but fortune is definitely shining on Dortmund who moved two points clear of Bayern before Saturday’s Klassiker.

Their well-publicised troubles against some of the lower ranked Bundesliga clubs saw the lead over FC Bayern eliminated and many assumed their title charge was over. Bookmakers certainly made the Bavarians firm favourites to claim their seventh consecutive title but this one is increasingly likely to go down to the wire.

Constantly securing late wins in this sort of fashion is surely a sign? One can’t help but feel that the football gods are shining on Die Schwarzgelben. 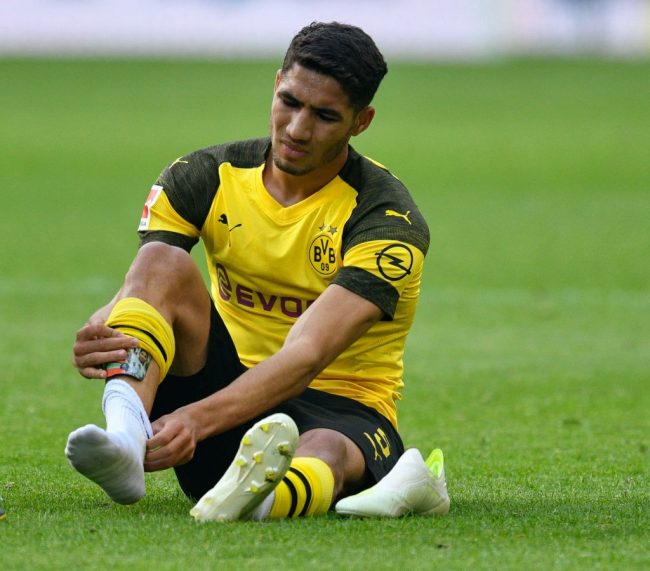 Captain and catalyst Marco Reus missed this match with his partner Scarlett giving birth, another poignant reminder that football is not the most important thing in life. Christian Pulisic suffered a quad injury for the USA against Chile with the winger ruled out for 3-4 weeks.

Lukasz Piszczek and Maximilian Philipp were also missing, Lucien Favre’s options severely limited with Jacob Bruun Larsen the lone attacking option on the bench. Abdou Diallo was forced off with an injury in the 50th minute, his replacement Achraf Hakimi lasting just 24 minutes before succumbing to injury and replaced by Bruun Larsen.

It all added up to a disjointed performance from the hosts who largely failed to trouble Casteels. That they overcame these difficulties and secured all three points is a credit to their technical quality, belief and mental resilience.

Borussia Dortmund vs Wolfsburg: Wolves still in the hunt 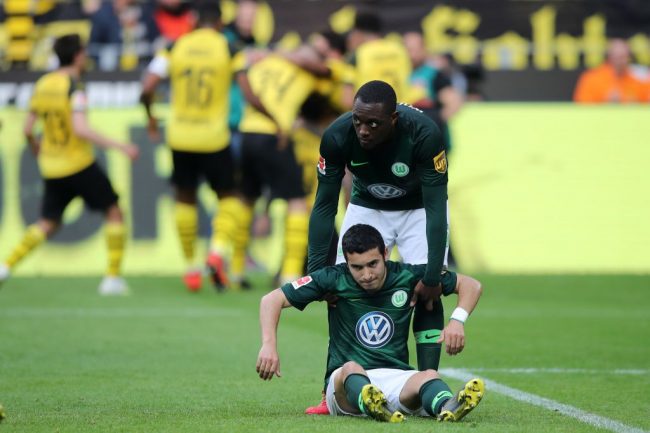 Wolfsburg will be bitterly disappointed not to take at least a point from Dortmund, which would have kept the Wolves in sixth position. Bruno Labbadia’s side were disciplined and won the midfield battle which frequently forced Dortmund out wide.

Jérôme Roussillon was the most likely to make something happen for the visitors, sending a number of dangerous crosses into the box that went close to creating goal scoring opportunities. Wout Weghorst tested Roman Bürki in the first half, was close to getting onto a number of Roussillon crosses but was often isolated up front.

Wolfsburg have surprised many this season and are still well and truly in the hunt for a spot in the UEFA Europa League. Three of their four remaining home matches are against Hannover, Nürnberg and Augsburg.

Borussia Dortmund vs Wolfsburg: Leave early at your peril

It never ceases to amaze me how many ‘supporters’ choose to give up and leave a match early. It’s understandable if your team is getting beaten 4-0 with five minutes remaining, but at 0-0 in a game of this magnitude – it is completely unforgivable.

Traffic and public transport can be horrendous after a match. However, sitting through 87 minutes and then choosing to leave before your team scores two late goals is disgraceful. When it moves your club two points clear of Bayern München before the Klassiker – and you missed it because you gave up – surely you need to take a good look in the mirror?